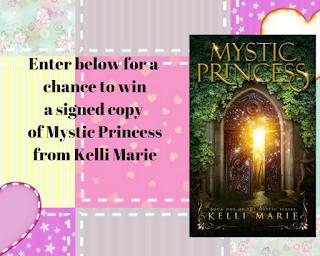 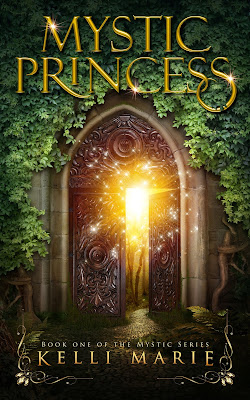 In the tangled web of greed and power, no one is safe.

For thousands of years, the Mystic race had lived in peace with humans. With the power to control the elements, they helped humankind flourish. But this peace could not last, as greed and a thirst for more power drove men into war and the Mystics began to disappear.

Now the Mystics are gone and Cara is the last of their ancient race. But everything is not as it seems as her eighteenth birthday passes and her powers slowly awaken. She soon learns that she is more than just an ordinary Mystic and that dangerous secrets surround her. With her fiancé, Xavier, and her best friend, Jordan, she must unravel the mysteries of her past in the hopes of saving her future.

Mystic Princess is the first book of the Mystic Series, a fast-paced young adult fantasy that will keep you on the edge of your seat from start to finish.

Tell us about Mystic Princess.

Mystic Princess is the first book of the Mystic Series. It follows a young girl named Cara, who believes she is the last of the Mystics, an ancient race that can control the elements. As she nears her 18th birthday, her powers slowly manifest and secrets from her past come into play. It is with the help of Xavier and Jordan, her fiance and best friend, that she must unlock these secrets to save her future.

What initially inspired you to write Mystic Princess?

Mystic Princess actually came to me one morning while I was driving home from work. At one of my jobs at the time I worked with pregnant and parenting teens. The girls would talk to me about how they loved it when their boyfriends got jealous and how they picked fights on purpose to “spice” up the relationship. It became clear that some girls may have a skewed view of what a healthy vs unhealthy relationship might be. So out of this the main characters were born. If you play close attention I weave in many elements of domestic violence and examples of unhealthy relationships because my hope was that through this book some girls would see that these types of relationships are not okay.

Tell us little about the characters in Mystic Princess.

Cara: She is the main character of the book. She is 18 years old. She is a Mystic, with the power to control the elements. In the beginning of the book she is naive and sheltered, and tends to give in to many of the demands of others. As the book progresses her eyes begin to open and she slowly comes out of her shell and gets a voice of her own.

Xavier: He is the prince of Myridia and Cara’s fiance. Xavier is a complicated character, he is controlling and jealous, but loves Cara to a fault. He does not like Cara’s best friend, Jordan, and suspects that Jordan has feelings for her. Xavier plays a major role in helping Cara discover her powers.

Jordan: He is Cara’s best friend. He works in the palace as a baker. Jordan is Cara’s only friend in the palace outside of Xavier. It is clear from the very beginning that he is in love with Cara, but Cara is oblivious to this.

Describing the fantasy world that I created. Myridia and it’s towns are completely made up so building a world in my head and then putting it onto paper was pretty difficult. It’s funny how things make sense in your head but then you write it and it’s like well that makes no sense! It took a lot of trial and error to get descriptions down and make them sound like what I see in my head.

The Ending. From the beginning I knew how I was going to end the book. I think it was the first thing I figured out. I knew exactly how it was going to end So when I finally got to write it I was so excited. It all comes together perfectly and exactly how I pictured it.

I am working on the second book now in the series. This Series is going to be a three book series and will continue to follow Cara on her journey.

Books have always been an escape for me, for as long as I can remember. I love leaving my worries behind and getting lost in a new adventure. There have been so many books that have been there for me and been a light for me in the darkness. One of my biggest goals with writing this series is that I can be that light for someone going through a dark time. I want to help people just as others have helped me.

“She will save us all someday.”

The woman looks away from the sprawling city before her and regards her husband and the sleeping child in his arms. “How can you be sure?”

The woman’s eyes fill with tears as she contemplates her husband’s words. “The prophecy could be wrong.”

“It’s not. Our child is meant for greatness.”

The woman takes the sleeping child from her husband and kisses her head, careful not to wake her. “So we continue with the plan?”

The husband looks at his loving wife and pulls her and his child into his arms. He holds his world to his chest and imagines their stolen lifetime until they hear a knock on the door.

“I will be with you until the end, my love.” The husband whispers.

“Promise me that she will be safe.”

“She will not be hurt, she is too important.”

They both know that his words are empty but he says them anyway. He cannot promise that their child will not suffer. The husband steps away from his wife as tears fill his eyes. He cannot allow his wife to see his pain; it will only make this harder. The woman places the child in her bassinet and as tears fall down her cheeks she murmurs her goodbyes.

The husband places a hand on his wife’s shoulder. “My love, it is time. We cannot delay any longer.”

The wife nods soundlessly and disappears into the bathroom. The husband looks over the edge

of the bassinet at his sleeping daughter. “My daughter, you are the light of my world. I’m sorry that it has to be this way. Save our people and none of this will be in vain.”

With his parting words, he turns to his wife as she returns and grabs her hand. He brings her hand to his lips and kisses her knuckles. Love and determination reflects in both their eyes and together they walk out the door to meet their fate.

Kelli Marie hails from Elgin, IL, where her love of books grew into a healthy obsession. Books have been a shining light through many dark times in her life and it is her hope to be that light for others. Her favorite book genres are Young Adult Fantasies and Science Fiction. Kelli Marie enjoys Star Wars and Harry Potter and still believes she is meant to be a Jedi. She now lives in Tampa, FL with her wonderful husband, Nick and their two cat children, Oreo and Goober. In her free time, you will find her at Disney World and Universal Studios, where she can continue to feel like a kid.