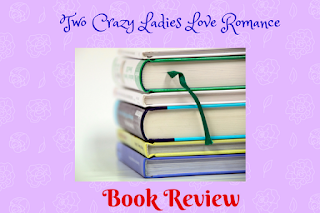 One minute Casey Shea was minding her own business, doing her job, teaching entomology to college students, and the next she was in the middle of the Costa Rican jungle fighting for her life.

Troy “Beatle” Lennon had watched his friends fall head over heels in love, but never thought it would happen to him. Until he sees a picture of one of his teammates’ sisters. That was it. The absolute joy in her eyes calls to him in a way he can't understand.

But that joy is currently being threatened by an unknown person who’d had Casey kidnapped and hidden deep in the jungle. It’s up to Beatle to find her and keep her safe until the threat against her can be neutralized. Surviving the dangers of the jungle turns out to be the easy part…staying ahead of the killer is much more complicated…and deadly.

**Rescuing Casey is the 7th book in the Delta Force Heroes Series. Each book is a stand-alone, with no cliffhanger endings.

Casey Shea is a professor of entomology who os in the jungles of Costa Rica with three other students when things go south, and now and the other students are fighting for their lives.
Troy “Beatle” Lennon has seen all his friends fall in love, but never thought that this would ever happen to him, that is until he sees a picture of one of his teammates, and that was it fir him, the things he saw in her eyes called to him in a way he did not understand.
It’s up to Beatle to find her and keep her safe until the threat against her can be stoped and he can bring her home, but it does not stop there, and now Beatle not only finds that he loves her, but he has to keep her safe and well loved.
Will they neutralize the person or persons that are after Casey, will they find their happily after, trust me its a great, touching and funny at times story, all the characters we have come to love are back and as good as they can be.