Book Blast w/Giveaway: For This Moment by Holly Bush

For This Moment
by Holly Bush
GENRE: Historical Romance

Holly will be awarding a $20 Amazon or B/N GC to a
randomly drawn winner via rafflecopter during the tour.
Please visit GoddessFish.com to follow the tour,
remember the more you comment better your chances on winning. 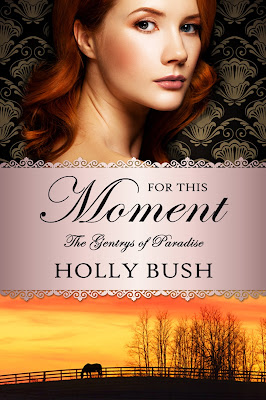 1871 Born to privilege and duty, Olivia Gentry comes of age as women begin to find their social and political independence. The youngest child, and only daughter, of a successful Virginia horse breeding family, she has been raised and educated to carry on the family business with her brothers. Having been deceived in love as a young woman and unsure of her instincts, she is wary to commit to a marriage, but she cannot deny her long-buried feelings for a family friend.

Jim Somerset has been in love with Olivia Gentry from the moment she gazed up at him as a young girl. A farrier by trade like his father before him, he and his business’s future are inexorably entwined with the Gentry family. He has watched her be courted by statesmen, and considers her and her goals out of the reach of a common workman. But he is fearful that he will never purge Olivia from his mind and his heart. Has the moment come for him to reveal his passions for her? Find out in the third installment of the Gentrys of Paradise. 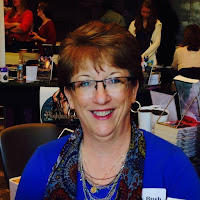 Holly Bush writes historical romance set in the U.S.in the late 1800’s, in Victorian England, and and occasional Women’s Fiction title. Her books are described as emotional, with heartfelt, sexy romance. She makes her home with her husband in Lancaster County, Pennsylvania. Connect with Holly at www.hollybushbooks.com and on Twitter @hollybushbooks and on Facebook at Holly Bush (https://www.facebook.com/hollybushbooks/)