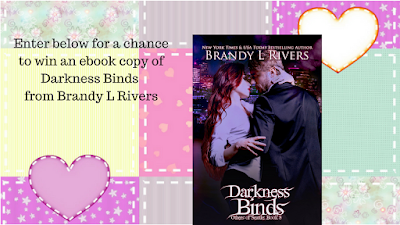 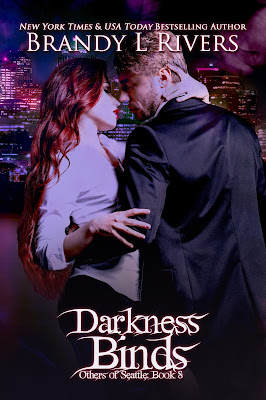 The darkest secrets can bind two souls.
A blood cult has swept into Seattle and the surrounding area, abducting Others and humans to fuel a ritual to revive an ancient evil.
Amelia Simons is a new, yet powerful vampire. As a journalist, she has investigated dangerous stories in the past and is asked to take the story.
Brent Shadows, her boss, and sorcerer, is the only one with the talents to stay by her side and hide his true nature as Amelia immerses herself into the cult, and help her find the truth.
They will forge a bond that will bring them closer and reveal secrets that might destroy them both before they can stop the cult. If they fail, the world will become a nightmare realm for all. 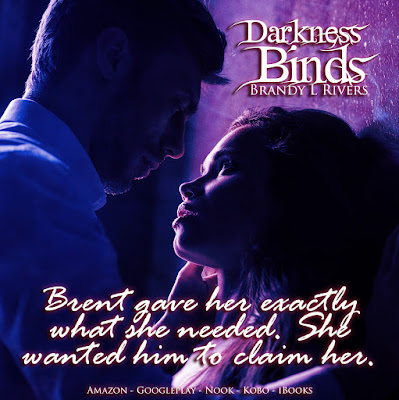 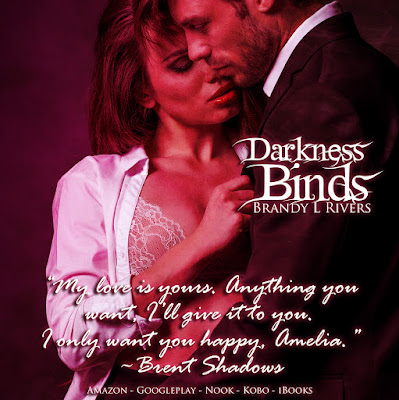 What initially inspired you to write Darkness Binds?

After writing Blood Bound, I knew I needed to write Amelia’s book, which of course included Brent. I had been working my way to them for quite some time.


Tell us little about the characters in Darkness Binds.

Amelia hasn’t been front and center. The first time we really hear about her was in Light in Darkness which is actually book 6 in Others of Edenton. She wrote a blog about Others, and that’s how one of Edenton’s vampires was tracked down by HARP. The Silver Council magister brought Amelia to Brent so she could continue writing about Others, but do it in a way that didn’t pose a problem for Others. Brent has run the publication for years, and as drawn as he is to her, he’s convinced he’ll be her downfall.

I’m not sure there was a truly a hard part. Once I have an idea, it flows pretty well.

That’s difficult to answer. I think for me, writing the way the two connect is my favorite part of most of my books.

There are definitely more stories to be told in this series and my other series. Next I’m working on Chatan’s book which will be a Branches of Emrys book. We’ve only seen Chatan in Coming Together, book 5 in Seattle, so far. However, we’ve seen his brothers throughout the Edenton series.


Is there anything else you would like to tell the readers about this book/series.

I’ll let the readers draw their own conclusions about Darkness Binds. 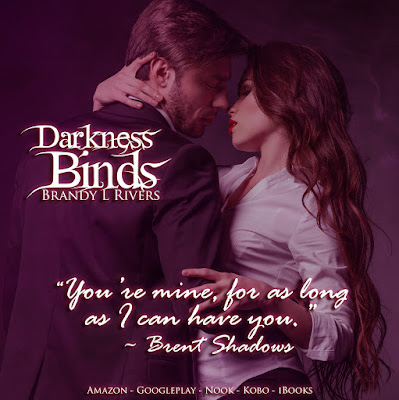 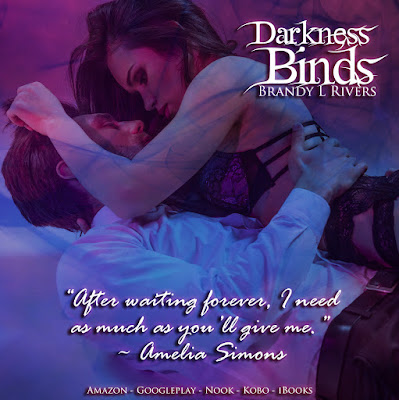 The darkest secrets can bind two souls. And that is what happens here, Amelia Simons and Brent Shadows are such two souls, they have loved each other through many a life times and simple now are together again, while forces are trying to rip them apart.
A cult has swept into Seattle and the areas surrounding the town, they are abducting Others and humas to bring back a very ancient evil.
Amelia Simons is a new, yet powerful vampire. As a journalist she has investigated dangerous stories in the past and is asked to take the story, that involves the abductions.
Brent Shadows, her boss, and sorcerer, he is the only one to stay at her side and be able to hide his true nature from the others as the woman he loves immerses into the cult and he also hopes to find out the truth.
Will they forge the bond, will they find out what is happening, will they be able to stop the cult and the evil that threatens the core of everyone's life. 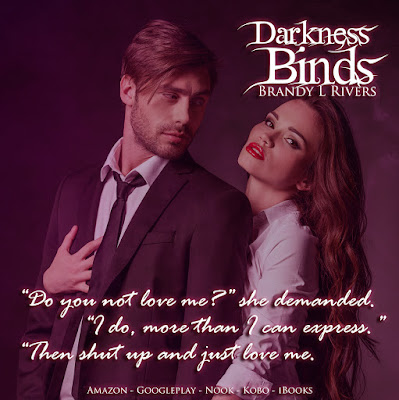 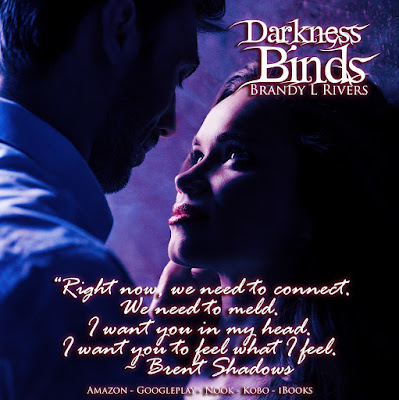 Brandy L Rivers is a New York Times and USA Today bestselling author. She is kept busy writing the Others of Seattle, Others of Edenton, Combustible, and the Pine Barrens Pack series.
An avid reader, Brandy has always loved writing. She became serious about it as a stay-at-home-mother. With every story her world of characters expands, pulling her new directions.
Living in rainy Western Washington with her husband and three kids, Brandy is already working on future stories in each of the series, and several other projects.