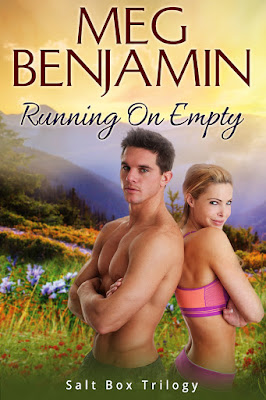 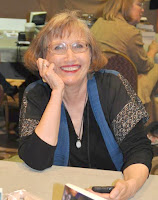 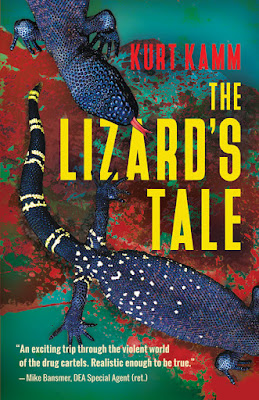 Kurt Kamm has written a novel that's a literary crime novel, with a strong thread of non-fiction running through it. The Lizard's Tale is a tale of crime—with an a wide-ranging cast of characters.
When the DEA goes up against the Sinaloa Cartel, an orphan and an endangered lizard are caught in the conflict. The action moves from Guatemala to Mexico to Catalina Island off the coast of California.
Alejandro, a middle class Guatemalan, wants his share, and makes a deal with the cartel. Now he’s risking his life to deliver the goods.
El Dedo, a brilliant financier, is the Sinaloa Cartel’s banker. He worries about what to do with the billions of dollars collecting dust in his underground vault.
Ryan, a DEA Special Agent, needs to make a high profile case to get a promotion. Is the big yacht headed for California carrying a Mexican drug shipment?
Kate, a wildlife officer on Catalina Island, smells smoke. When she heads out in the middle of the night to investigate a fire, she makes an astonishing discovery.
Jorge, an orphan from the streets of Mexico, is abandoned in the United States. Will he find his way back home and track down his mother’s killer?

Gina wasn’t looking for a husband—she was far too independent to let a man run her life—but she needed male companionship. After coming to Catalina, she spent a lot of time alone until she met Brad, a captain with the Los Angeles County Fire Department. He worked at Station 55, and was big, strong, and good-looking. All her Latin lovers had been dark and she was attracted to his blond hair. She loved running her fingers over the blond carpet that covered his chest. At thirty-six, he was five years younger than she was, and married. Brad was perfect.

Their affair lasted almost two years. She didn't see him every day—in fact, she didn't want to see him every day. His wife and daughter lived in Seal Beach, and once a week he took the ferry to the mainland and spent three days at home. But he didn’t always head home right away, and they often stole a few hours together on one of the remote beaches on the rugged, wind-swept west end of the island. During the off-season, they sometimes managed to spend a night at a local bed and breakfast in Avalon, and occasionally she cooked dinner for him at the ranch house. When nothing else worked, they drove up into the hills and screwed in the back of his SUV. For Gina it was a perfect relationship—she got what she needed without making a major emotional commitment.

Malibu, California resident Kurt Kamm has written a series of firefighter mystery novels, which have won several literary awards. His newest novel, The Lizard’s Tale, provides a unique look inside the activities of the Mexican drug cartels and the men dedicated to stopping them.

Kurt has used his contact with CalFire, Los Angeles County and Ventura County Fire Departments, as well as the ATF and DEA to write fact-based (“faction”) novels. He has attended classes at El Camino Fire Academy and trained in wildland firefighting, arson investigation and hazardous materials response. He has also attended the ATF and DEA Citizen’s Academies. After graduating from the DEA Citizen’s Academy in 2014, he began work on The Lizard’s Tale.

Kurt has built an avid fan base among first responders and other readers. A graduate of Brown University and Columbia Law School, Kurt was previously a financial executive and semi-professional bicycle racer. He was also Chairman of the UCLA/Jonsson Comprehensive Cancer Center Foundation for several years.