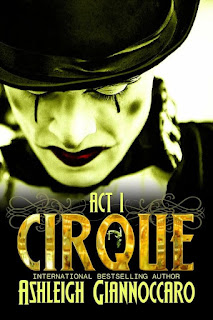 A boy looked in a window, to see a naughty show
Through the pane of pain, the master clown did blow
The circus is a holy tent, the keeper of my rhyme
Where I forged my chains, creating this pantomime
Pretending to be normal, I wait until after dark
Then I paint the frown on, get a whore from the park
At the bottom of that bed was a darling in a chest
She watched with big eyes, horror hooking her from rest
She dances for the maniac, twirling on her strings
I will make her mine, sharing damaged things
I will be her riddle, she will help me grin
So why does she run away, she has to let me in
No one loves the clown, not even the midget
We’ve gone too far, she will know my secret
Love can break the hardest mask, I know this to be true
Nightmares have hearts too, I only needed you 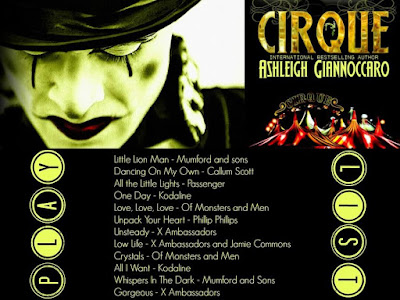 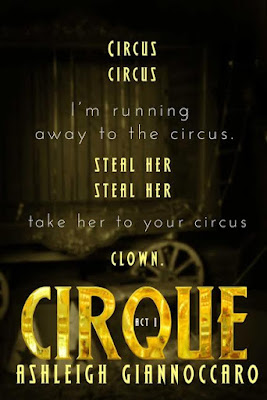 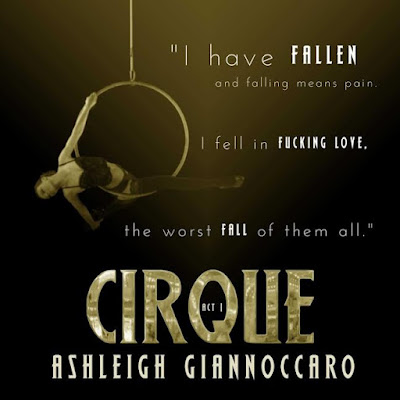 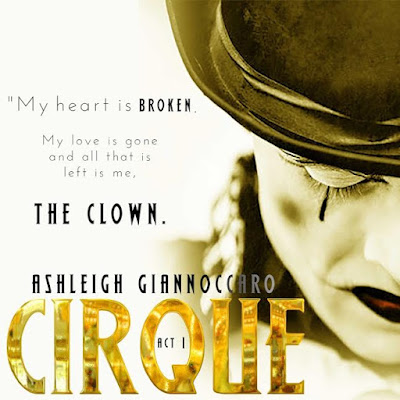 — EXCERPT —
“That man has secrets buried so deep they might never see the light of day. I saw him at dinner, the way those eyes were down and his mind seemed to be a million miles away. I don’t know why but I feel this bad idea coming on, this idea that I want to know what he hides away from the world, that golden boy smile and rugby player body are too good to be true.

There is always a reason that a man like him has no woman, or wedding ring. There is a dark, dirty skeleton hanging in his wardrobe, and I want to pull it out and see how it looks in daylight.

We all have skeletons, I like to slow dance with mine, but most people hide them away so no one ever sees them. Well I want to be his no one, I want to climb inside those thoughts and pull him apart. He might be Samantha’s brother, but the minute I laid eyes on Sivan I felt a deep pull inside me, that same feeling I get when I swing from the trapeze and let go, the free falling grab that gravity has on your belly making the possible fall so much more real. Then you grab on and catch yourself.

Falling is dangerous. Any sort of falling is going to get you hurt. Don’t fall.

Sam has lived in the flat opposite me for four years now, we are friends, some days a little more than friends. She has this self destructive nature where she puts herself in harm’s way on purpose. Daring bad things to happen to her, asking for trouble to come and destroy her fragile little heart, then waiting for someone to save her. Usually it’s Sivan or her mother, and for a while even me, until I learned a little about how she worked. Sam takes no responsibility for herself, the stripping is a prime example of her self loathing.

She doesn’t need to do it, but she needs to fall so someone can save her when she does. The thing is, one day no one will be there and she is going to hit the ground hard, she will shatter and break, and once you’re broken you can’t be saved – only mended.

A sick part of me wants to be the one who breaks her, watching her thud down without her safety net beneath her. I am jealous because I don’t have a net. I only have me.

When I saw her brother watching the Cirque performance I had an evil thought, a little idea of just how to remove her net. It would be easy you see, because he was watching me. When Sam arrived at work that night in tears because her brother saw her at work with all his rugby mates, I pushed her away. I told her she was an attention whore and if he was upset she deserved it, imagine how embarrassed he is, all the blokes saw you naked. I helped her fall with my harsh words.

“Sam, you act like whore. That’s what you are going to be treated as. Your brother just saw your true colours and they are fucking ugly.” The tears welled in her eyes through the whole performance, but I didn’t see them at all.

No, because I saw him watching me again. I perform just for him. I am not connected to her tonight and it shows, we are slightly off and I know we will get it at practice tomorrow.

I did nothing to adjust. I just watched him as he watched me.

He left before we came out of backstage, and I was disappointed. The drive home in his car was quiet as Sam silently fumed at me, I could still smell him in the car. A distinct smell of clean cologne and man — probably sweaty rugby togs somewhere. I let the smell and the image of his hooded eyes watching me take me away from the anger and shame swallowing up the air in the car, as Sam gets angrier and angrier.” 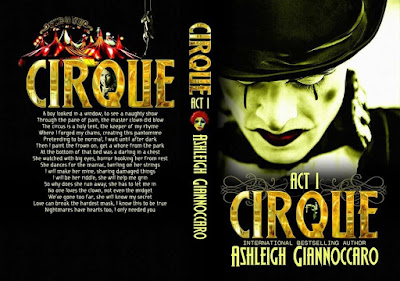 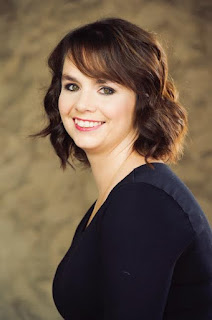 Amazon best selling author Ashleigh Giannoccaro lives In Jozi AKA Johannesburg South Africa with her high school sweetheart also known as her husband and two young daughters. She loves sunshine and psychopaths, her blood type is coffee and she has a pet Meerkat called Porky. She is a full time mom and author, and while she looks like the soccer mom on the surface her books are another story.

As a youngster Ashleigh grew up devouring thrillers and crime fiction, favouring Jeffrey Deaver all the while reading Sweet Valley High to fit in with her friends. When thrillers didn't give her the love and the romance novels didn’t pack the punch she needed Ashleigh discovered the small genre of Dark Romance and her heart was happy. Here’s where the lines of right snd wrong get blurry and the bad guy gets the girl, Ashleigh found the perfect balance of what she looked for in a book. When the time came to write her own stories she knew exactly what they would be, dark and twisted with just enough love. Colour My Ugly was published in October 2014 and since then it’s been a whirlwind of words and adventure that included a trip to the Books Are Bigger In Texas signing in April 2016 and six novels beings let out into the universe to challenge readers and hopefully leave a lasting mark.

Her Colour Series novels are dark romance set within the lives of three crime families. She loves to make you fall in love with the villain, because after all they need love too. Three full length novels span three generations and challenge ideas such as nature vs. nurture. Sometimes Ashleigh conducts psychiatric experiments in between the pages, like that one time she let two sociopaths fall in love. To her the bad guy doesn't need to be redeemed to get the happy ending.

The best selling Red Market Series followed when she teamed up with Mary E. Palmerin to see just how dark a love story could be. The series pushed limits that had never before been pushed and quickly become know as the darkest of the dark reads. The two book series was given best seller status by Amazon, even after ashleigh and Mary both believed it would be banned on release day. She still asks herself “who does that?” about this series quite regularly.

Now writing solo again Ashleigh has turned a poll she took about her readers biggest fears and turned it into a pyscho-erotic thriller about a clown. Cirque will make you forget how much you fear them and hopefully make you fall in love with the painted faces. A dark magical look inside the broken minds of two characters with the circus in their blood, Cirque is something completely different and new for Ashleigh.

When she’s not dreaming up crazy stories or creating villains for you to love, Ashleigh spends her time reading and supporting the Indie author community. Ashleigh has a passion for words and is constantly seeking new ones to read and write.