Excerpt Reveal: The Fix Up by Kendall Ryan

From New York Times Bestseller, Kendall Ryan, comes a sexy new standalone novel. My tempting, and very alpha friend Sterling Quinn is someone I consider off-limits. It's not just that we're friends, he's also cocky, confident, and British, which means he's a walking aphrodisiac. But lately he's been giving me the look. You know the one. When he thinks I'm not paying attention, and his gaze lingers for too long. And then we start working together, and that's when the sexual tension between us gets so thick, I want to hack through it with a machete. I want to make all these deep feelings I've harbored for him disappear, because there's no way this can end well. The lines between business and pleasure become irrevocably blurred, and I'm stuck between a rock, and Sterling's very, very hard place. Rather than keep a level head about our growing attraction, Sterling wants to go all in, showing me just how explosive we can be together. But I've been around long enough to know that this British bad boy is more than my heart can handle. I'm not about to be cast aside like yesterday's underwear when he's done having fun. Sterling’s never been told no, and he's not about to put his ego aside and play by my rules. But I never thought he'd fight so dirty.   Add to Goodreads

“Hey, Camryn. Did I forget something at your office?” he asks. “No, I just . . . I had some questions for you about tomorrow.” “Of course. What’s on your mind?” “Well, when you said hang out, what did you mean?” Anna’s hand flies over her mouth and her eyes widen. No sense in beating around the bush. I can almost hear the smile in Sterling’s voice when he replies. “What do you want it to mean?” Straightening my shoulders, I sit up taller in my chair. “Oh no, you don’t, mister. Before I agree to spend time with you, there are a few things I need to know.” “Go for it.” “How many women have you slept with?” “Pardon?” Sterling coughs. Anna is on her feet, making slashing motions across her throat with her hand. “Your number. What is it?” My tone is calm, controlled. I’m actually enjoying this. “Is that information you need as my publicist, or as the woman I’ve asked to hang out?” “Just answer the question, Sterling. Or can you not count that high?” He lets out a sigh, so brief I barely heard it. For a second, I’m sure he’s going to dodge the question. “Enough to know what I’m doing. Not enough to make me a total fucking wanker.” I laugh, despite myself. It’s actually a good response. “Let me make this clear for you. I like you, Camryn. We’re both adults, and there’s no reason why we can’t hang out and enjoy each other’s company without it turning weird.” What the hell does that mean? I’m more confused now than before. Maybe this is his last hurrah before becoming a married man. “I’m not quite sure what to say.” “We have fun together. Let’s keep it casual and fun; we both deserve that.” The man has a point. “But you’re about to be married,” I say. “Not tomorrow. Not the next day.” “But soon.” He exhales. “Yes, and that’s kind of stressing me the fuck out, so I could use a little downtime with someone who gets me.” I swallow. “Say yes,” he murmurs. “Sterling . . .” “I would never hurt you,” he adds softly. “Fine, but I’m not having sex with you.” Anna is now lying on the floor of my office, her face scrunched up in agony, her head in her hands. “We’ll see,” he says. A girly bubble of laughter escapes my lips, and I clamp a hand over my mouth. I want to bitch-slap myself for that outburst. But Sterling only seems amused. 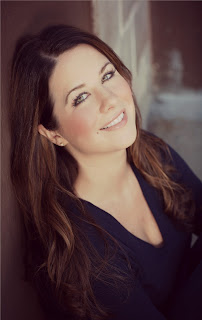 A New York Times, Wall Street Journal, and USA Today bestselling author of more than two dozen titles, Kendall Ryan has sold over 1.5 million books and her books have been translated into several languages in countries around the world. She's a traditionally published author with Simon & Schuster and Harper Collins UK, as well as an independently published author. Since she first began self-publishing in 2012, she's appeared at #1 on Barnes & Noble and iBooks charts around the world. Her books have also appeared on the New York Times and USA Today bestseller lists more than three dozen times. Ryan has been featured in such publications as USA Today, Newsweek, and InTouch Magazine.


Visit her at: www.kendallryanbooks.com for the latest book news, and fun extras