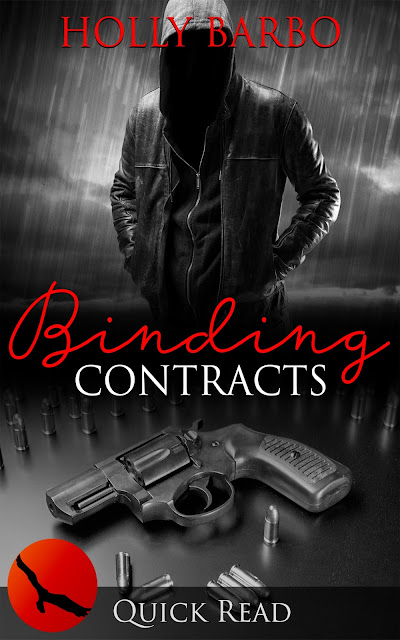 What do you do when you no longer want something? You discard it, right? Which is exactly what happens when Keith gets tired of his wife. But there are signed contracts and someone hasn’t read the fine print.

“Mr. John, it is good to see you.” She looked into his bloodshot eyes and noticed the circles of fatigue beneath them and the general pallor of his skin. “Still haven’t heard from the VA?”

John shook his head and took another bite. After he finished chewing and taking a swallow of coffee, he cleared his throat. He hadn’t talked much in days and hoped his voice was still working. “You have a good memory. I haven’t been here in three weeks. Thank you for the service you offer. The food, shower and clean clothes make me feel almost human.” Having run out of things to say, he took another bite as he watched the kind face framed in black.

She smiled. “It is a skill that comes naturally to me, thank you. But it isn’t perfect. I have forgotten your last name, if you’ve ever shared it, but do remember you saying you were a SEAL in Afghanistan and have worked in a similar but non-military position after that. I can surmise you are now homeless due to your PTSD?” She looked at him for confirmation and waited until he gave a curt nod. “The wheels of the VA move very slowly. Too slow for the people who need help. I also have noted, when speaking to you, that you are intelligent, educated, and I know the longer you stay on the streets the greater chance you have to die early. It would be a real waste.” She smiled and patted his hand. “Son, I’ve some news for you. A new clinic has opened its doors. I’ve watched them to see if they are legitimate and to see the quality of their care. It’s called The Destiny Clinic, and it is going through the paperwork to be recognized as a VA-affiliated treatment center. Instead of cash, the price for treatment is to help the community in whatever capacity you can, and if that is beyond the patient receiving services… it is free. The funding comes from a local company who made its money making prosthetics and body armor. This is their way of supporting the wounded veterans.” She handed him a card. “Here’s the address. It isn’t far, and they have several treatment programs and therapy strategies. The day is still young. You can go there after your meal. You’re a good man. Let them guide you back to us. Our city, our country needs quality people like you.”

He looked down at the card and back up into the kind eyes. “You don’t know me or what I have done, what I’ve seen. Those things return in my nightmares and in sudden sounds. Terrible flashes of memories. The military and later…” John’s voice dropped to a near whisper as he lowered the coffee mug to the table. “The CIA gave me a structure and purpose until I became broken and a liability to them. But you’re right. Living on the streets and under the overpasses is a game of Russian Roulette. Thank you for your kindness.” Pocketing the card, John picked up his empty plate and cup. He stood and looked down into the lined face of the nun. “Sister, I don’t know your name.”

“Thanks, Sister Mary Rebecca. My name is John Easton.” He gave her a nod of respect, then with a small smile he touched his forehead in a salute. He left his dishes in the pan beside the kitchen and stepped out into the late spring day.

Holly's world is shaped by her love of family, the beauty of the natural world and an irrepressible creative drive. She has always been curious and sees life through questions. These four characteristics color her writing voice and her stories frequently evolve from her asking "What if....?" Her tales tend to have non-urban settings with nature contributing to the plot, building discordant themes inside a seemingly peaceful refrain. Her motto: Weaving Alternative Worlds with Threads From Today.