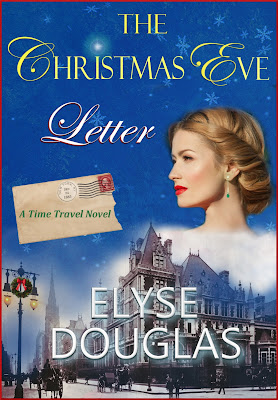 30-year-old Eve Sharland is browsing a Pennsylvania antiques store when she discovers an old brass lantern tucked away on a shelf. She lifts it and sees something behind one of the sooty glass panes. To her surprise, she finds an unopened letter stuck inside.
The letter is postmarked December 24, 1885, and it is addressed to Evelyn Sharland in New York City. Eve gasps and drops the letter. That’s her name! The letter is addressed to someone with her name in 1885: Evelyn Sharland.
Eve purchases the lantern and the letter, and returns to her New York City apartment. Later that evening, she opens the letter and reads it, astounded by its contents. She stares at the lantern in wonder and alarm, deeply moved by the story of a tragic romance.
A few days later, following a request in the letter, Eve cautiously lights the lantern. To her utter shock, she finds herself in the past—in 1885 New York City. Eve is thrown into a life far beyond what she could have ever imagined, as she gets involved with one of the richest families in New York City, and meets the handsome Patrick Gantly. She must struggle to survive and return to her own time, even as her destiny is changed forever.
Buy Link
Amazon 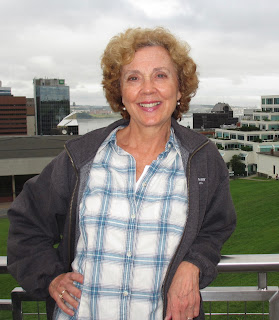 Elyse Douglas is the pen name for the husband and wife writing team of Elyse Parmentier and Douglas Pennington. Elyse began writing poems and short stories at an early age, and graduated with a degree in English Literature. Douglas grew up in a family of musicians, astrologers and avid readers, and played piano professionally for 15 years. His great grandfather lived to be a 134 years old, and was the oldest man in the world when he died in 1922. Their cat, Sir Eaton, loves to take sips from a good glass of Pinot Noir.Some of Elyse Douglas' novels include: "The Other Side of Summer," "The Christmas Bridge," "Wanting Rita," "The Christmas Diary" and "The Summer Diary." They live in New York City.