Cristiane Serruya will be awarding a $10 Amazon or Barnes and Noble GC to a randomly drawn winner via rafflecopter during the tour. Please visit GoddessFish.com to follow the tour, remember the more you comment better your chances on winning. 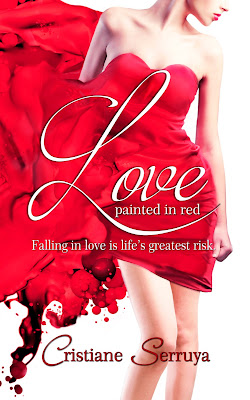 Tavish MacCraig, thirty-three-year-old Highlander, forsook his medical and military career, after being a POW for 6 months in Afghanistan, to run his family’s internationally renowned art gallery in London, The Blue Dot. Despite being surrounded by wealth and beauty, Tavish’s days are bleak, his nights, living nightmares, and his heart, an empty shell. But when he meets Irish painter Laetitia Galen, a powerful and sizzling attraction ignites between them. Laetitia, who fled hell on earth when she was sixteen, now works as a well-paid housekeeper in a forsaken country manor in Warwickshire and sells her paintings in an obscure gallery. To preserve her new life and recently found peace, she resists Tavish and The Blue Dot's fantastic offer of an exclusive contract. Laetitia becomes Tavish’s obsession; Tavish, Laetitia’s unattainable dream. Meanwhile, a man with a burning grudge plots his long-awaited revenge, which could destroy them all over again.

The unusual sound of a motor rumble coming from the security system broke Laetitia’s concentration, making her frown at the new stencil.

On the camera she saw a car, its license plate unknown, coming down the lane toward the house.

Damn! I forgot to close the gates and turn on the alarm. Again!

Her carving knife clattered on the ground of the studio as she ran out. Pulling off her gloves, she entered the house by the kitchen and hurried to the hall.

A man was crossing her pebbled driveway and entering the front garden.

Laetitia knew that there were things in life that took their attraction from intricate symmetry, delicate structure, and innocent nature: rare orchids, unbroken seashells, and icy snowflakes; and those that were irresistible for their great power, refusal to be tamed, and dangerous potential: active volcanoes, huge waves, and craggy precipices.

And there were things that were simply too immense, too savage, or too intense to be contained in a single image or explained in mere words, even if there were a thousand of them.

The tall, powerfully built giant of a man walking toward her door belonged in the latter category, she was sure.

Wearing a tailored charcoal three-piece-suit, a baby-pink shirt, and a dark-gray tie, he was frighteningly male, terrifyingly beautiful, and vitally imposing.

His skin was an exquisite shade of the lightest coppery-gold. His mane was made of the darkest midnight-black silky locks, which shimmered under the soft sun. Wind-blown strands brushing against his forehead and wraparound glasses did nothing to diminish the sharpness of the man.

Who are you? By his firm strides, he wasn’t lost, which in her suspicious mind was not a good thing.

A funny flutter began in her stomach when he climbed the three steps to the double doors. His forehead creased for a moment, his ink-black brows going down, as if he was carefully weighing his next move.

Laetitia didn’t move but held her breath, waiting for him to leave, as she did whenever people came probing for information—when and if they came.

She didn’t know if she was afraid or excited, when, using one of the old iron lion knockers, he banged twice and called, “Ms. Galen?”

Even muffled by the old oak-carved doors and thick brick walls, his voice was a deep baritone, rich and sensual. It seemed to wash over her like warm rain on a summer night.

Damn. He knows me. She frowned and walked stealthily to the front door.

Cleopatra entwined around her calf, purring as if approving of the man outside.

Laetitia debated with herself: she had been careful ever since she had left Ireland in the dark of night, and she’d never had contact with such masculine power, yet there was her matured, innate sense saying that the danger he posed was not the one she feared.

Cleopatra tilted her head at her and lazily walked back to the kitchen, giving her a last look, encouraging her to open the door.

“Traitor,” she whispered, yet agreeing with her in some measure. She wanted an opportunity for a bit of unruly emotions to let her unthawed heart beat again.

There was a quiet command in his deep voice. It compelled her.

Laetitia opened her door. “May I help you?”

Q & A with Cristiane Serruya

Hello, and thanks for hosting me. I’m so happy to be here with you and your readers today.

What books/authors have influenced your writing?
I'm kind of obsessed about books and I have eclectic taste. When I was young, I loved Barbara Cartland, Jane Austen, Charlotte Bronte. As I grew, Kafka, Becket, Victor Hugo, George Orwell, the Greek classics, and many others made their way into my library. I read what my daughters read: Rick Riordan, JK Rowlings, and even Stephanie Meyer. And of course, lots and lots of contemporary, paranormal, and historical romances, Gena Sholwalter, Tessa Dare, and many others. Then, I put them all on my cauldron, mixed them well, and then I drank the magic potion. *grin*

Tell us something you hate doing. Why?
Promoting myself. Yeah! I hate to say that I wrote a wonderful romance—I might have done it—but it makes me too self-conscious and it seems too self-praising. I would rather have readers saying that. *smile*

When you are in writer mode, music or no music? If music, do you have a playlist?
Music! I played the piano when I was younger and music has always had a big influence in my life. I always listen to music, no matter what I'm doing. When I started writing TRUST Series, I made three playlists: classic music, “dark” alternative rock, and pop music. I did the same for Love Painted in Red. Depending on my mood—or the scene—I played one of them.

Who was your favorite hero/heroine?
That’s not a fair question. All my lead characters are faves.
While Laetitia, from Love Painted in Red, is adorable, without question I’d choose Sophia Leibowitz, from TRUST Series. She is independent, bold, yet she is gentle and polite. Erm…can I say it? I have a lot of things in common with her—and with her daughter, too
As for the hero: Tavish Uilleam! He appeared on my first release, Entwined Fates, TRUST Series #1. He grew so much as a character that I had to write his story in Love Painted in Red. A war hero, a billionaire hunk, a lonely and tortured Highlander, whose heart no woman has thawed yet, he was POW for 6 months in the hands of the Taliban while serving as a doctor in RAF. After returning to civil life, he forsakes his medical career and assumes a position on his family art gallery. But even surrounded with beautiful things, he sees nothing but darkness. He was a great character to write, especially because I wanted him to be a believable veteran dealing with PTSD, so I interviewed many veterans online and it was an enlightening and heartbreaking experience. He came out beautifully—or so I like to think—with his physical and psychological scars and yet full of life strength and vigor.

Have you ever had one character you wanted to go one way with but after the book was done the character was totally different?
Yes, Ethan Ashford, in TRUST Series. He became such a dear character that I couldn’t follow with what I had planned before and instead of making him the bad guy, he become such a lovable man that I had readers rooting for him and being Team Ethan.

Last, the good news. All my ebooks are on KindleUnlimited, so after you read my interview, visit Cristiane Serruya's Amazon Page and read them for free! 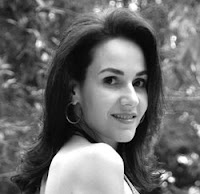 Cristiane Serruya is Brazilian and lives in Rio de Janeiro, with her husband, two teenage daughters, and Loki, her Shetland sheepdog. She has studied in England, France, Italy, and Switzerland and graduated in Law, with a Master’s in Business Law, and a BA in Fine Arts. In 2012, she published her first romance, and is proud of the awards her novels have received.
She still works as a lawyer, but writing has become an essential part of her life, and a fulfilling adventure, as it allows her to make friends all over the world.