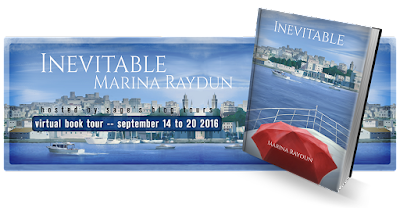 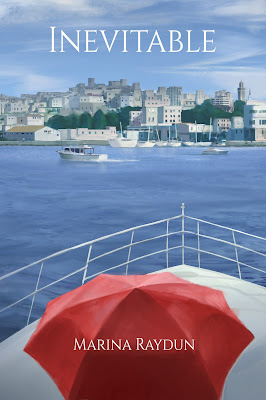 Book Description
Just as Helen finally begins to let herself believe that she’s reached that elusive effortlessness with Jamie, her former fiancé follows through on his threat and her world is torn apart. Confronted with herself like never before, Helen must, once and for all, decide what it is she expects of herself and desires out of life. This challenge proves almost unattainable as Helen takes most unexpected routes to try to find her happiness.

Excerpt
Unfolded, with a crease down the middle, between its two mattresses, my old couch looked more like an open book than a bed. My sheets traditionally ironed (in accordance with some antiquated Soviet mandate) by my occasionally wheezing mother, I felt preemptively guilty for every wrinkle that I knew my clumsy body would impose on it should I lie down, apparently unable to stay still even in my sleep. My socked feet in front of me, my scrubbed clean hands still damp, tired, I sat just beside it, resting my head against its side. I could do worse than my old room, I knew, but I couldn’t help but squirm on the cold parquet underneath my buttocks, anyway.

Q & A with Marina Raydun
What books/authors have influenced your writing?
Gillian Flynn and Savyon Liebrecht (an Israeli author) are both huge literary influences for me. I cannot get enough of their storytelling.

Tell us something you hate doing. Why?
Ironing. I just get too hot! Also eating my leafy greens. Why—because I like cake.

Share a funny incident in your life.During a summer internship in law school, I had to attend an office birthday party. The place organized one birthday party a month, lumping everyone born that particular month together. So, determined to make a good impression, I went in, my biggest, brightest smile affixed to my face. I was early, so I took a cupcake off a tiered cupcake stand and ate it as I waited for everyone to gather. Soon, the office manager made a toast with her juice and began to hand out cupcakes to every person who celebrated a birthday that month… Long story short, they were a cupcake short. Apparently there were just enough cupcakes for the birthday boys and girls! I made a very quiet escape out of the conference room, my face ablaze.

When you are in writer mode, music or no music? If music, do you have a playlist?
Oh yes, music! I do very few things in life without a soundtrack. As for the content, an actual playlist—that depends on what it is I’m working on at the time. The project I’m currently working on—lots and lots of Sia and Dido.

Who was your favorite hero/heroine?
I’ll have to say Bridget Jones. She’s flawed, relatable, and makes me laugh. She’s pretty rad!

Have you ever had one character you wanted to go one way with but after the book was done the character was totally different?
In my own writing, you mean? As fake and pretentious as it may sound, I do try to let my characters speak to me rather than tell them what to do. I start with a concept, a particular vision, and then we see where we get. I give them a general direction, but where we wind up is sometimes somewhat of a surprise.

What’s you next project?
I am writing a psychological suspense/thriller novel. I’ve been working on it for over a year now. It’s ambitious, what I have in mind, so I hope I can pull it off and do my own ideas justice. It’ll be a while before it’s complete, I’m afraid.

What's the one thing, you can't live without?
Carbs.

What is your favorite movie (song)?
I can do both! Movie—depending on the mood, it’s either Forrest Gump or Love Actually. Song—I have a list of my favorite songs of all time, so I’ll pick one from it: Who Is It? by Michael Jackson

What's your favorite TV show of all time and why?
I am only allowed to name one? That doesn’t seem fair…or possible. I guess I’ll go with Friends because, no matter how many times I’ve seen any particular episode, I’m always excited to watch it again.

Clean shaven, Scruff, beard, or mustache. Ink yay or nay?
Scruff, for sure! As for ink, I keep an open mind. Unless we’re talking head to toe color tattoos, I’d say “yay.”

Your favorite book by you or another author
It’s too hard to pick a favorite among my own. They are all my babies. Another author—literally anything written by the brilliant Gillian Flynn.

If you could write in another genre what would it be & why?
It’d be fun to write a YA novel. It could be helpful to try to tap into my teen angst and try to use that voice to achieve some closure or resolution.

Author Bio
Marina Raydun’s published works of fiction include a compilation of novellas “One Year in Berlin/Foreign Bride,” a suspense novel entitled “Joe After Maya,” as well as Book One in this two-part series—“Effortless.” Born in the former Soviet Union, Marina grew up in Brooklyn, NY. She holds a J.D. from New York Law School and a B.A. in history from Pace University.

The author is giving away 5 print copies of Inevitable!