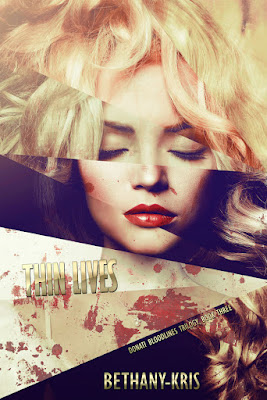 Emma Donati
Some days, it felt like Emma had just imagined it all.
Like maybe everything she had been with Calisto was just a dream.
Emma knew it was crazy—it was impossible to forget what she had shared with Calisto Donati. All their love, the stolen moments, their foulness together, and the beauty underneath it all were real.
They were real.
But he didn’t know.
He didn’t know any of it.
And little by little, with every day that passed her by, Emma found she was losing those pieces that reminded her they had existed once.
Just like the rosary.
All too soon, Emma knew … there would be nothing left.
Calisto Donati
Emma hadn’t given him a choice.
Her, not him.
Yeah, that’s what Calisto was going to keep telling himself. He refused to feed into the strange curiosity he had about Emma Donati. It had been building from the moment he’d first seen her face after he’d awakened. He wouldn’t admit that for longer than he cared to admit, he thought there was more behind her false smile, polite words, and the distance she put between her and him—that there might be more to them.
He couldn’t.
Except … he was feeding into it.
Calisto just wasn’t sure what it was.
But tonight he was going to find out.
Whether she wanted to tell him or not.
***
The final Bloodlines novel. 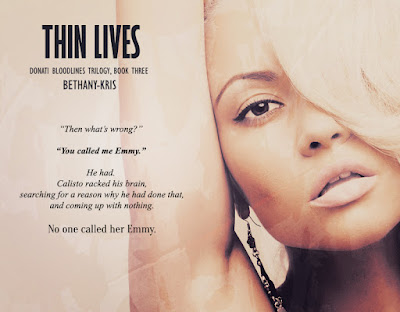 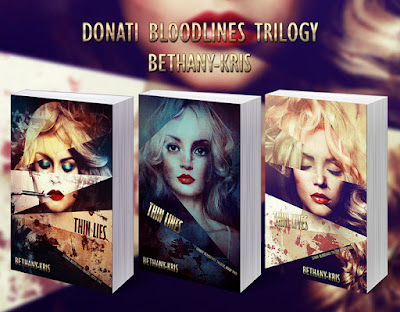 CALISTO AND EMMA AREN'T STAR-CROSSED. THEY ARE IMPOSSIBLE. READ WHERE IT ALL STARTED IN THE FIRST 2 BOOKS IN THE DONATI BLOODLINES SERIES! 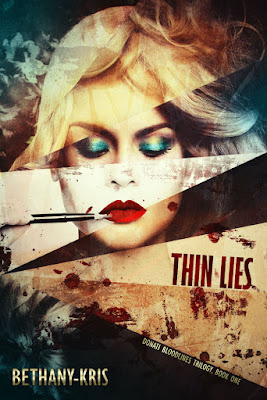 
Amazon (#FREE with #KindleUnlimited): http://amzn. to/1qPtv9o
Paperback: http://amzn.to/1PzYaNR
Amazon CA: http://amzn.to/2c1lMmw
Synopsis: Calisto Donati
She was just a woman. That’s what Calisto wanted to tell himself; that’s what he wanted to believe. Emma was nothing more than a woman. There were other women for him to want. To obsess over.
It couldn’t be Emma Sorrento.
Not for Calisto.
She was taken.
She was claimed.
She was not his.
In a few days, Calisto would hand her off, and that would be that. He wondered why it wouldn’t be that easy to let her go.
What good had saving her done?
He had simply taken her from one monster to give her to another.
Emma Sorrento
Emma slid on her mask. All someone would need to do was look close enough to see what was really beneath the sheer falseness of her smile.
At the other end of the table, Emma found her lies staring her right in the face.
He smirked.
And winked.
Calisto Donati was her worst mistake, her greatest shame, and the one thing she still wanted more than anything. Emma could still feel him all over her, long after his touch and kiss was gone. In thirty days, her entire world had changed—he had changed her.
Emma had a feeling that if she played another game with Calisto, she would surely lose.
She had already lost once.
Wasn’t it enough?
WARNING: The first two books in the Donati Bloodlines Trilogy end on a cliffhanger, the third is a HEA. 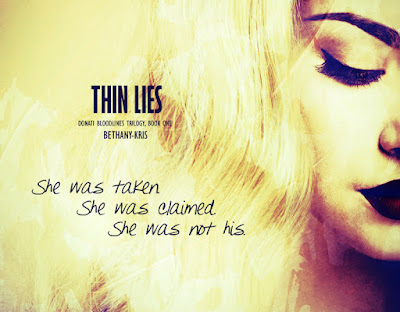 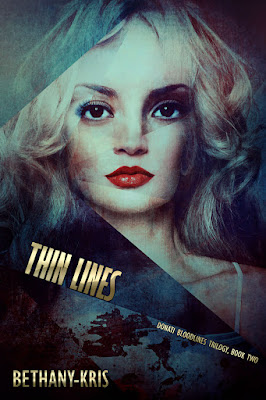 Calisto had never been a fan of pain, but he found it provided a certain relief.
It was a high that couldn’t compete with anything else he experienced. That was why he fought bare-knuckled, why he drove fast, despite knowing he might crash, and why he still enjoyed looking at Emma Donati—no matter her current status.
Pain felt good.
He might have been a fool for doing so, but as long as he got what he wanted from it, he didn’t really care.
When he fought, he was given release. When he drove, he was given freedom. When he looked at Emma, he was given memories.
All of them brought a certain level of pain. All three might kill him someday.
Calisto glanced at Emma, taking her in again when she didn’t know he was looking.
He realized then that only one might actually be worth dying for.

Emma kept her gaze on the book in her lap, pretending like there wasn’t an argument going on across the room. She had become terribly good at acting like she didn’t hear.
Calisto watched her out of the corner of his eye while he argued on with Affonso.
She was too focused on Calisto to care about their fight.
His anger. The tightness of his jaw. Searing soul-black eyes.
The two men were not the same. They might have shared blood, but their hearts were entirely different. One man never let her out of his sight when he was nearby. The other acted like she didn’t exist.
This was what it was like, she realized, to be in love with someone she couldn’t have.
Calisto Donati would never be hers.
This wasn’t a fairy tale that would end happily.
They weren’t star-crossed. They were impossible. 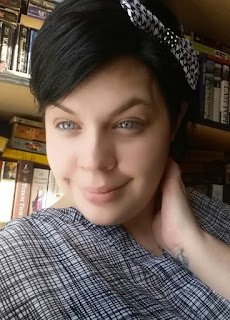 Bethany-Kris is a Canadian author, lover of much, and mother to three young sons, one cat, and two dogs. A small town in Eastern Canada where she was born and raised is where she has always called home. With her boys under her feet, snuggling cat, barking dogs, and a hubby calling over his shoulder, she is nearly always writing something … when she can find the time.
To keep up-to-date with new releases from Bethany-Kris, sign up to her New Release Newsletter here: http://eepurl.com/bf9lzD
Website • Blog • Twitter • Facebook • Goodreads • Pinterest • Mailing List • Amazon Author Page 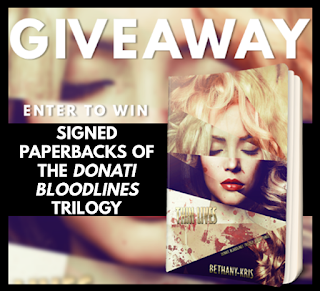