John will be awarding a $10 Amazon or B/N GC to a randomly drawn winner via rafflecopter during the tour.. Please visit GoddessFish.com to follow the tour, remember the more you comment better your chances on winning. 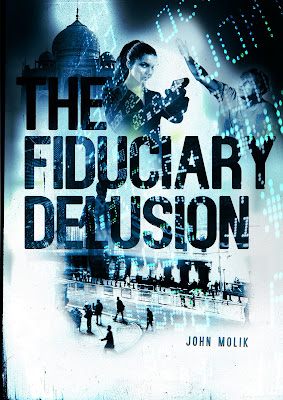 An unambitious young man finally finds himself, only to nearly lose everything in an apparent web of international economic terrorism and intrigue. But, as his world begins to unravel, has he become genuinely delusional? Or is he really on to one of the most dangerous global conspiracies of all time? Against all odds, only love and a true friend's faith can save both him and the world as we know it from the abusive power of evil.

Lary weaved in and out of traffic driving like a maniac toward the intersection of I-495 and the beltway. He continued on the bluetooth. 'Good work, by the way.'

Marvin kicked back in his chair. His pale and puffy moon face was lit by the glow of several monitors in the darkened room. He casually shoveled a handful of Cheddar Jalapeno Cheetos into his mouth, crunched a few times then continued. 'Lucky break. Seeing that woman with the manager down by 3410. I thought something was up. Especially when that hillbilly retard started showing her the camera.'

'How'd you know when to look?'

He slapped his hands across each other to remove the crumbs. Flecks of fluorescent orange dust fell all over his coffee stained stretched out blue business shirt. 'Trade secret, boss.' He giggled. 'No, really. I have a passive IR device hooked up to an android cellphone utilizing an IP webcam application that is pointed down that alley. Every time something crosses it, I get several JPEG photo captures that are instantly emailed to me with a security alert.'

'A gadget that spies better than Nick Fury and Elektra combined. And like I said last night, yesterday morning's capture feed looked suspicious.'

'Good work.' He crossed into the shoulder just inside the fast lane and passed three cars in a row. 'Any other subsequent feeds give you a better view of our mysterious woman?'

Marvin swallowed and coughed. 'Not really. Damn nice ass, though. Athletic. Dark hair. Just saw her from back. Plus those cameras they have out there are total crap. That moron doesn't give a rat's ass about his system. Now, if it was me, I'd have—'

'Enough, Marvin. Look, hang tight. I may need your help again if they happen to get loose. Remember our agreement.'

He patted his suit coat. 'Mr. Glock and I are going to make this collection call.' 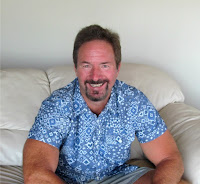 John grew up in Rancho Palos Verdes, California and graduated from UC Davis with a B.A. Degree in Economics and has worked in numerous corporate finance and project management jobs in the consumer electronics and IT industries. In 1990, after taking an extended backpacking trip of the South Pacific before attending graduate school, he met his would be wife and in 1991 was married. They settled back in Irvine and South Orange County area of California. In 2003, he and his family (now with two kids in tow) relocated to Christchurch, New Zealand.

John's interest in writing began when he was a student at UC Davis, having worked as a Feature Writer for the California Aggie Newspaper. Possessing the desire to write again, and with a bucket list goal of eventually trying his hand at thriller novels, he took the plunge, and in 2014, began writing his first novel, The Fiduciary Delusion. John's interests also include: science, existential philosophy, health, and both western and eastern holistic medicine. John also plays guitar, piano, sings and writes music. In addition, John is an admitted “gym rat” and can be regularly found lifting weights, trudging up hills, sea kayaking, and getting out and about enjoying the beautiful wild outdoors.