Excerpt Tour w/Giveaway: Lies I Live By by Lauren Sabel

Lies I Live By
by Lauren Sabel
GENRE: YA Thriller

Lauren will be awarding $30 Amazon or B/N GC to a randomly drawn winner via rafflecopter during the tour. Please visit GoddessFish.com to follow the tour, remember the more you comment better your chances on winning. 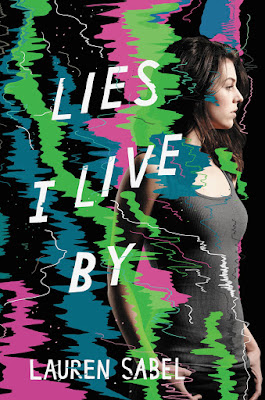 These are the facts: My name is Callie Sinclair. I am seventeen years old. I live in San Francisco. I love my boyfriend, Charlie. I work for a secret governmental agency. I am a psychic spy. This romantic, action-packed twist on the classic spy novel is perfect for fans of Ally Carter’s Embassy Row series or for any reader who enjoys cinematic writing and stories of romance and intrigue.

At seventeen, Callie is the government’s youngest psychic spy, trained to track dangerous people and weapons in her visions. When another young—and handsome and witty—psychic joins the agency, Callie’s personal and professional lives get messy all at once. If she can’t find a way to change the events she’s seen in her visions, she could lose the people she loves most . . . and her mind. Literally.

Richly painted against the backdrop of San Francisco and Berkeley, Lauren Sabel’s enthralling novel captures the thrill of exploring a unique power in a dangerous world.

I finish my pizza, and then I take out a spoon out of the silverware drawer and try to bend it with my mind. It doesn’t work. Indigo says that many psychics can bend spoons occasionally—it’s a recognized sign that you might have extrasensory powers—but it doesn’t mean you can bend metal with your mind on a normal basis. It’s more like a one-time entrance fee to a very exclusive club—a club I will never fit in to, because after that night, to my endless frustration, I’ve never been able to bend metal again.

I hear a knock on the front door. I drop the spoon and flip around to see Charlie leaning slightly into the doorway, his black hair falling into his copper eyes. “Sand piles,” he says, and grins. His easy smile wraps around me, makes me feel warm inside.

“Hoover Tower,” I respond, coming into the living room to meet him. Charlie and I have this secret game: we say what reminded us of each other during the day. We’ve been playing it for almost six months, and we’ve never missed a day. Sometimes it’s a bird fleeting across the sky, or a poster of a cat hanging from a tree. But today, it’s absurdly phallic.

“I thought you might be home,” he says, coming in and closing the door lightly behind him. “And alone.” As soon as the door is closed, he cups his hands around my face and kisses me. His lips are soft, and he smells like salty earth. “Oh, and as rockin’ hot as always.”

Charlie can always make me blush. He’s the only one who can, though. No matter how many guys compliment my gray eyes (read: boobs) or shiny black hair (read: butt), he’s the only guy whose words really mean something to me. 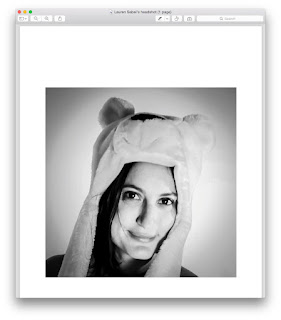 Lauren Sabel lives in the quirky dark spaces of her mind, and she tries to shed light on these spaces in her books. After publishing VIVIAN DIVINE IS DEAD in Summer 2014 with Katherine Tegen Books, an imprint of Harper Collins, she confronted her lifelong fear of being psychic by writing LIES I LIVE BY. Since in this YA thriller, teenage psychic spy Callie Sinclair works undercover for the government, forced to hide her real identity from everyone she loves, Lauren is now certain she’s on the CIA watch list.