Enter to Win a Print Bundle of the Essex Sisters Series, including,
Much Ado About You, Kiss Me, Annabel, The Taming of the Duke and Pleasure for Pleasure. 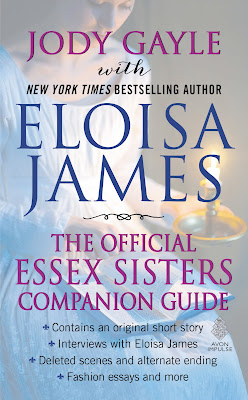 This is a book no Eloisa James fan should miss! Eloisa revisits the scintillating world of the Essex Sisters with "A Midsummer Night's Disgrace," a new story featuring a young lady, Cece, who would rather ruin her own reputation than endure further speculation about whether her children will be "silly," like her brother, Billy. Happily for fans of Pleasure for Pleasure, Cece's best friend is Josie, Countess of Mayne!

Just as exciting, the Companion includes not only Eloisa's original notes about each book and her "extra" chapters, but a 170 page alternate ending to Kiss Me, Annabel. Eloisa discarded this shockingly different plot after writing one draft, and the published novel went in an entirely new direction. Make up your own mind about which is better-Eloisa's original, or the final book!

The Companion also gives you a sneak peek at Eloisa's newest full-length novella, "A Gentleman Never Tells"-which springs from the world of the Essex Sisters! What will happen when one of the men who ruined an heiress' debut by labeling her a "Wooly Breeder" (and Josie Essex a "Scottish Sausage") decides that it's time to make amends? 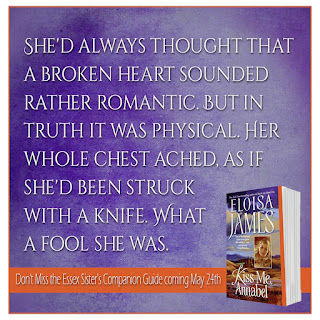 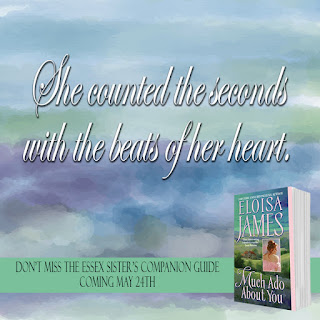 The Boundaries of a Book by Eloisa James
When Jody first approached me with the idea for an Essex Sisters companion consisting of historical essays addressing various aspects of the novels, I imagined contributing a couple of pages. But once we began discussing possibilities that went beyond historical investigation, my contribution grew to include an original novella, extra material that had previously been published only on my website, and this narrative essay, which traces my initial idea for the quartet to an “extra” chapter set a decade after Pleasure for Pleasure, the final book in the series. While Jody and I quickly agreed to include material already available to readers, the really crucial question for me had to do with Kiss Me, Annabel, which exists in sharply different versions.
The original plot of Kiss Me sprang from the fact that my husband is an observant Catholic, whereas I was introduced as a child to a confusing medley of religions, from Lutheran to Buddhist, none of which I now practice. I wanted to write a novel in which hero and heroine are not of one mind with respect to faith.
My editor at the time found the second half of the novel far too dark. The change she requested required me to cut the last nineteen chapters and rewrite them. As it happened, I was reading Laura Ingalls Wilder’s Little House books aloud to my daughter at the time; I credit those books with inspiring me to reshape my overly dark story into a lighthearted road trip (with a detour into the mysteries of butter churning).
The two endings are so different that I don’t think it’s possible to say that one is “better” than the other. Reading the original draft all these years later, I love the focus on Ewan’s faith, as well as all the drama. But I might as well add that when I recounted the original plot to my current editor, Carrie Feron, her eyes grew round and she said that she likely would have found the story a bit dark.
For me, including the original half of Kiss Me, Annabel here definitively transformed this companion from a bunch of complementary essays to something that questioned our conception of a genre novel. Why shouldn’t a book exist in two different versions, as long as each ends happily? Why shouldn’t a reader be able to follow—and take pleasure in—two completely different paths by which the same characters end up in the same place?
Once I accepted that, the temptation to meddle with other parts of the series was irresistible. As I again immersed myself in the world of the Essex Sisters, I found loose ends in Pleasure for Pleasure that, interestingly enough, all had to do with bullying. The novel is a reader favorite, not least because Josie’s experience of being labeled with the horrid nickname the “Scottish Sausage” resonates with so many readers. What happened to the other girls mentioned in the book, who were ostracized along with Josie? What about the young lady deemed unmarriageable because her brother was “silly,” leading everyone to assume that her children would be cognitively impaired? Or the “Wooly Breeder,” so named because she had unruly, curly hair and a father who owned many sheep?
Part of the reason this companion took two years to assemble was that I found myself writing new, discrete novellas to answer those questions. A Midsummer Night’s Disgrace, included here, tells the story of the sister of “Silly Billy,” and her recognition that she was tired of being shunned; instead of silly, she chooses to be scandalous. A Gentleman Never Tells, another new novella, is being published in tandem with the companion; it answers the question of what happened to the “Wooly Breeder,” while also considering the long-term consequences of bullying on the bully. I hope readers will be happy to see that Josie and her husband, the Earl of Mayne, make a brief appearance in the companion, and then reappear in company with their daughter in A Gentleman Never Tells 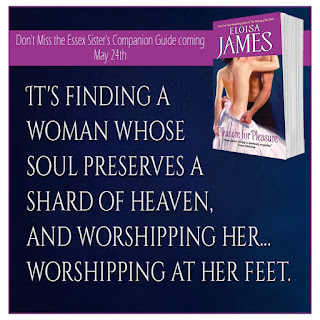 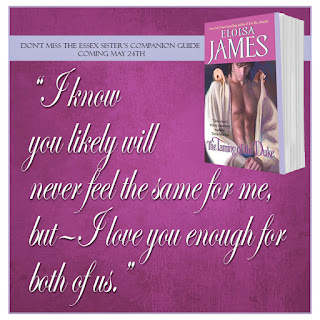 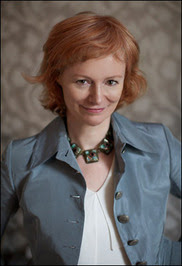 ELOISA JAMES is a New York Times best-selling author and professor of English literature who lives with her family in New York, but who can sometimes be found in Paris or Italy. She is the mother of two and, in a particularly delicious irony for a romance writer, is married to a genuine Italian knight. Visit Eloisa at www.eloisajames.com or on Facebook or Twitter. 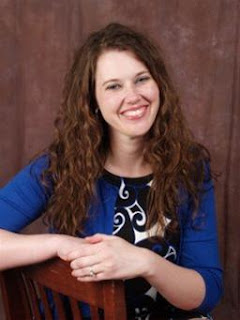 JODY GAYLE, best-selling author and researcher, likens her work to that of a literary archeologist rather than a traditional author. She is dedicated to unearthing publications of the past, and sharing these long-forgotten books … the jewels and riches of the written word. She has uncovered tens of thousands of old publications from the eighteenth and nineteenth centuries and wants to bring them to life, and send her readers traveling back in time.