Blog Tour: On Her Six by Christina Elle 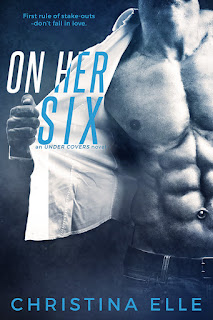 New neighbors are bad news in Samantha Harper’s experience. Especially ones as suspicious and brooding as the guy who just moved in next door. So when the dangerous but sexy stranger seems to be involved in something illegal—the aspiring cop in her takes action. If only she could stop thinking about how he looks naked...


All DEA agent Ash Cooper wants to do is lay low and survive this crap surveillance assignment. But after a run-in with his attractive neighbor, he realizes that’s going to be much harder than he planned. Keeping the woman out of trouble is hard enough, but keeping his hands off her is near impossible.

"A truly awesome read! The perfect blend of humor, suspense, action, and romance. This is a book I highly recommend!" -Bette @ NetGalley

"I have to say, I have not read a book with this much humor in it in a long time and it was so refreshing and enjoyable. Christina Elle has done an awesome job of mixing romance, suspense and humor all together. You will not be upset that you decided to read this one!!" -Melanie @ NetGalley

"Refreshing, funny, sweet, and sexy- On Her Six has it all!!! I highly recommend this steaming suspense." -Page Turner @ NetGalley 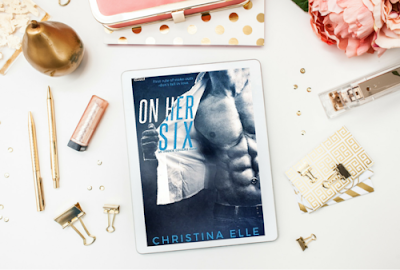 He was done. He could take caning across his bare back or bamboo under his fingernails, but he sure as hell didn’t stand a chance against this kind of torture. A man’s resolve was only so strong against a woman like Sam. Telling his subconscious to take a hike, he hitched her leg over his lap. She drew a quick breath, but then settled astride him as if her body was made to fit his. Her legs cradled his thighs, and the center of her heat married flawlessly over his growing erection.
Imagining what it would feel like to be buried deep inside her, he shifted to encourage more friction. Her body went rigid, her spine as straight as a damn board, then she relaxed and trailed her hands along every piece of his available skin. Up under his sleeve to his biceps, where she squeezed the muscles; across his chest and stomach; his back.
The impression of her touch lasted even after her hands moved on to their next location. His shirt was off in seconds, and he was doing his damnedest to remove hers just as quickly. Would she be upset if he ripped it from her body? It was a mere scrap of fabric anyway. 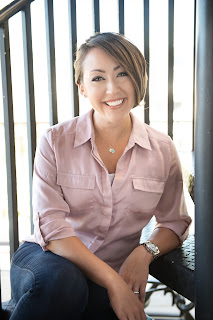