Enter to Win a Hardcover Copy of AN ACCIDENTAL AFFAIR 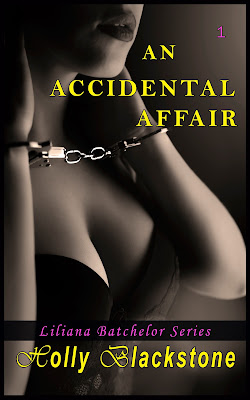 Two souls meet at a dark railroad crossing… there's no hint this night will be the beginning - and end - of everything.

Lily doesn't exist any more - old Lily, anyway. That night made her different, rewrote her life, tore up everything she thought she knew and understood.

How do you go back to normal after you've met someone who has turned your life upside down? When you fear the passionate connexion but don't want to live for anything else? When those few moments were the most intense and intimate of your life and it was the barest taste of what you could have together?

How do you find the strength to not run away from something that has the power to shatter your heart?

Note: This book contains explicit sexual content, graphic language and situations that some readers may find objectionable (including spanking and bondage). Content intended for adults only.

What readers are saying:

"It took forever to find a book last night on my Kindle. To find that perfect Alpha male character. Stuart is the one."

"Really enjoying the strong alpha possessive male qualities of Stuart, Liliana is no simpering girl, their connection and the way the author visualizes that to the reader are really impressive. Did I mention it is smokin' hot?! Really pleasantly surprised with this one, reminds me at times of In Flight series among others." 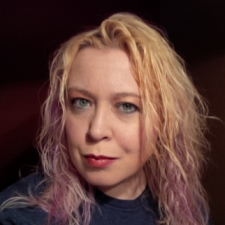 Holly Blackstone has been writing stories and poetry since she was seven and has always been an avid reader. She enjoys cooking, painting, reading, blogging, music, writing, dancing and gardening, and lives in the Pacific Northwest, just outside of Seattle.

Holly enjoys exploring how her hero and heroine grow when faced with adversity, and believes erotica can not only be sexy and sensual, but contain rich characters and tell a compelling story.

She enjoys interacting with readers and discussing her books and what motivates the people in her stories.