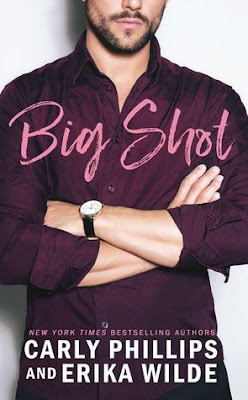 Fall in love with your next Book Boyfriend . . .

Wes Sinclair is a notorious heart-breaker, a hot as sin bad boy with a panty-dropping smile no woman can resist. Except for his prim and proper adversary, Natalie Prescott, who seems immune to his flirtatious charms. While she's become a permanent fixture in his dirtiest, most scandalous fantasies, she wants nothing to do with him, or his seductive promises. Challenge accepted. His goal? To bring her to her knees, make her beg, and show her just how good being bad can be.

Was there ever anything as romantic and funny as Wes Sinclair a heart-breaker, and Natalie Prescott, who is the sister of his best friend. Both of them have been avoiding each other until a bet brings them closer to each other. He wants her more then anything a watching his parents bitter divorce left him leary, and not wanting to mess things up with her brother and also a co-worker in the same company. Natalie just broke up with a boyfriend and trying to be the best in the business she can, She and Wes have a bet and she loses that bet, and here is where to fun begins.
Will they stay together will they admit to their feelings, I loved the book, it was light reading, funny as heck when the two were together. Well read the book and make up your own mind it's worth the read.