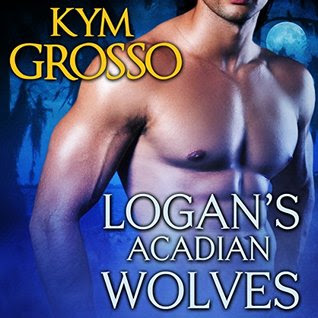 Deep in the heart of New Orleans, Acadian Wolves’ Alpha, Logan Reynaud, rescues a beautiful woman in the dead of night. Intrigued by the mysterious human, the commanding Alpha is determined to elicit all of her secrets, including her deepest fantasies. After tragedy strikes, Logan discovers dangerous adversaries are planning an attack in his city. Driven by responsibility and honor, Logan must protect both his pack and the woman who’s captivated his attention.

Dr. Wynter Ryan, a leading virologist, is fascinated with her charismatic protector. As the chemistry ignites between her and the dominant Alpha, she relinquishes her ties to the past, embracing ecstasy and submission within his arms and intrepidly acquiescing to her own adventurous instincts. Succumbing to desire, she learns to trust her Alpha, discovering what it means to be wolf.

Passion and mystery on the bayou stirs Logan’s wolf, demanding he claim his mate. Yet Wynter’s a distraction he can’t afford when his priority is to lead his new pack. Will Logan surrender to the uncontrollable need to claim Wynter as his mate? And will he be able to keep her alive, finding the killer who threatens the Acadian Wolves?

I have read the book the ebook and willingly listened to the audio book while at the gym.

Listening to it was another for me, and it was just as good as the book, I was able to pay more attention to is, as I was trying to forget where I was, but was still delighted in the story.
To see Logan go from being a beta to an Alpha was great. To see him grow as an Alpha was a pleasure, When Winter enters his life he is throw for a loop, she is the woman in his dreams, will he save her.
Winter is a scientist seeking to help Jax's pack as one of his wolves is sick, but what Winter does not know is that she is a pawn in a Vampire's and a she wolf. Winter is now battling her feelings for Logan , also finding out she has been changed into a wolf.
Logan now must fight to save her and save his pack from what Ettien and the pesky she wolf has planed.
Dimitri, Jake and Leopold are there as friends to help Logan and Winter.
Will they mate will they embrace what fate has for them, well you can read it or you can listen to it, either way it's a fantastic story, well writen.