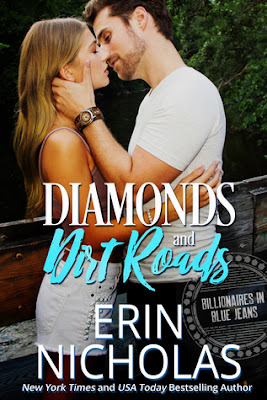 A pretend relationship…within a pretend relationship.Attorney Evan Stone knows every crazy stipulation in billionaire Rudy Carmichael’s will. After all, he wrote it. And he’s determined to make sure each one is fully met by Rudy’s triplet daughters. Even if that means dating the workaholic CEO, Ava. Or pretending to at least. And even if it means resisting the so-right-for-him-she’s-totally-wrong party girl, Cori. Cori’s only got three things on her to do list from her dad:• Move to Bliss, Kansas.• Run his pie shop with her sisters for a year.• No dating. For six months. But stepping in for her sister when it’s clear that Ava and Evan aren’t fooling anyone with their “romance” isn’t really dating. And falling for her sister’s pretend boyfriend while pretending to be her sister…well, that’s ridiculous. No matter how real things feel whenever she and Evan are together. THE SERIESBillionaires in Blue Jeans Not your typical billionaire romances... A tough corporate CEO, a nerdy research scientist, and a globe-trotting party girl walk into a conference room… Where the sisters, Ava, Brynn, and Cori, find out they have been named co-heirs to their father’s multi-billion dollar conglomerate. Whether they want it or not. But they also inherit a list of conditions that have to be met: One, move to Bliss, Kansas--wherever that is--for a year. Two, run their father’s pie shop together. Yes, a pie shop. Three, follow his edicts for their love lives. Yep, he went there. Sounds like a recipe for disaster, right? But the girls are going to have some help. Evan, Parker, and Noah, best friends and lifelong residents of Bliss, are equally fascinated with and dreading the idea of meeting the triplets they've heard so much about. The small town guys didn’t know their kooky friend, Rudy, was a billionaire until he was diagnosed with cancer. But they did know he was a guy they would do anything for. Even help his very fish-out-of-water daughters navigate small town life. And make pie. And maybe fall in love. It’s possible Rudy knew exactly what he was doing when he wrote his will. It’s equally possible that he was completely crazy. No matter what, everyone can agree on one thing…Bliss, Kansas is never going to be the same.

When you pretend to do something you find its not as easy as you thought it would be.

Attorney Evan Stone is totally aware of everything in Rudy Carmichael's will, he should , he wrote it , and now he needs to make sure that each stipulation is met by Rudy' triplet daughter's.

Cori’s only got three things on her to do list from her dad:
• Move to Bliss, Kansas.
• Run his pie shop with her sisters for a year.
• No dating. For six months.

Things get a tad interesting when Cori tries to help, but you will have to read it your self to find out how it goes.