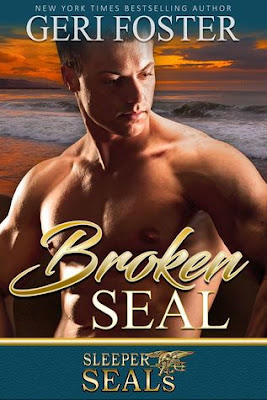 Garrett Mann is burned out. Eight years as a Navy SEAL can do that to a man – especially when he’s been on one too many missions where he has lost too many of his buddies. At thirty-five, he has been fortunate not to be the next Navy SEAL with his name on the wall. Still, he can’t refuse a former commander who enlists him for one last assignment on a secret project.Doctor Haley Kingston skills will keep her alive, but only one man can save her after she is kidnapped from the hospital where she is working. Haley’s code of ethics as a doctor leaves her little choice but to help the injured leader of a terrorist group. Unfortunately, those ethics won’t be able to save her, or thousands of others, should the terrorist leader live.Haley will have to trust the last man on earth that she wants to see – the one that broke her heart. Garrett has his own problems. He will have to face his worse nightmares – see the one he loves in danger and realize that his dog tags may be the next ones given to her. Garrett will be pitted against foes determined to stop him at any cost. Can he save the woman he has always been afraid to love before she is executed? Or will his nightmares come true, and this mission will turn out to be his last?

Garrett Mann after eight years as a Navy Seal, did that him, specially when he had been on one too many missions where he lost too many of his buddies, and at 35 he felt he had been lucky. But still he can't refuse a former commander who enlist him for one last assignment.

Doctor Haley Kingston is one of the best doctors there is, but now she has been kidnapped from the hospital she works to save a terrorist who has been shot, her work ethic leave her with little choice but to help, even though if he survives will not save her or thousands of others.
Now Haley has to trust the one man who broke her heart, Garrett on the other hand will be facing his own nightmares, he will see the one he loves in danger and realizes that he has to save her or would this be his last mission.

This story is intricate and had me glued to every word trying to figure out what was what, the characters were fantastic, not the bad guys, but all in all a great story.