Two Crazy Ladies Love Romance #BookReview: Away From Me by Sophie Oak

Away From Me
by Sophie Oak 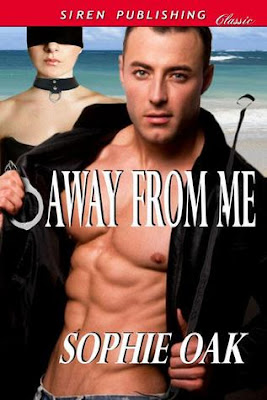 Callum Reed lost his wife and it shattered his world, so from that day on he surrounded himself by rules that were made to protect him. All was going quite well until he met Gaby Sullivan, and she broke the cardinal rule.Gaby tells him she wants love, marriage and kids, but none of those things are in the contract , so Cal lets her go, but Gaby has her own reason for leaving, she has a secret she has not shared with Cal. When Cal discovers the truth he follows her and nothing will stop him. I received a free copy for my honest review!Review by Jara