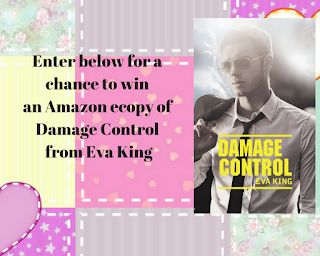 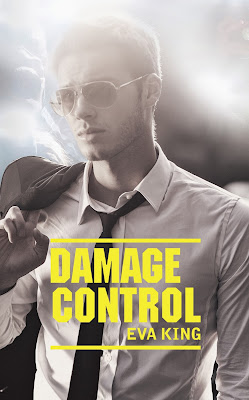 Recovering from a broken relationship, Emma Mitchell moves in with her best friend. Her life is quiet and uneventful, just how she likes it. Little does she know that the events of the following months will change her life forever.

Famous Hollywood actor James McNair is a renowned womaniser with a penchant for partying and hitting the tabloids for all the wrong reasons. When a night of partying a little too hard means he finally has to take stock and reevaluate his lifestyle, a week away from the flashing lights of Hollywood is just what he needs. What better place to hide than in his childhood home in Edinburgh, Scotland?

When the old friends are reunited, feelings resurface and sparks fly. But James must keep the pretence of his new persona until the premier of his biggest film in his career. He just has no idea if he'll be able to keep his feelings for Emma under wraps until then.

Sometimes it takes more than damage control to find a happily ever after.

What initially inspired you to write Damage Control?

I saw at a supermarket the face of Ryan Gosling on the cover of a magazine, and I remember thinking how would his first love/friend would feel if she saw it. That’s where it all started. Once I wrote that moment, that feeling. I needed to know more. That’s how Damage Control was born.


Tell us little about the characters in Damage Control.

James McNair is the cocky, over-confident actor who’s shenanigans get him into trouble and has to find a quiet place until the media frenzy blows over.
Emma Mitchell is depressed after breaking up with the boyfriend, but she finds the energy to start anew.

The time. I work fulltime and I have two young children. Finding the time to write was almost impossible.

My favourite part is when Emma and her flat mate are watching a live interview of James. It seemed like such a normal thing to do, yet so life altering in this case.

At the moment I’m writing my second book, which is almost finished. Hopefully it will be out this year.

Her eyes watered as she told me, “You were right about Jason. He….”
“He what? Did he try to hurt you?”
I had to stand up even though I knew she needed comforting. It was hard to hold back the anger that bubbled inside me. I would kill the arsehole if he’d hurt her.
“No, not at all. But… you know.” She stopped, trying to find the right words. Then she wiped her eyes. “He tried to go further than I was ready and… when I made him stop, he started calling me a tease. That’s when I left and… now I’m here.”
She stood up and gave me a weak smile. “Come on then, just say it. I know you’re dying to.” She stepped closer to me, close enough to touch, enough to smell her shampoo.
“Told you so,” I whispered, taking her in my arms. “He’s a dick, Emma. You deserve so much better.”
She looked up at me, her lips just inches away from mine. “Do you think so?”
I nodded, staring at her lips. Seconds passed in complete silence as we held each other. She looked into my eyes, as if giving permission. That’s all I needed.

Eva King was born in Spain. During her teenage years, she moved with her mother to Scotland, where she fell in love with the culture and one of its men. She now lives in Barcelona with her husband, two children and a cat called Hamish.