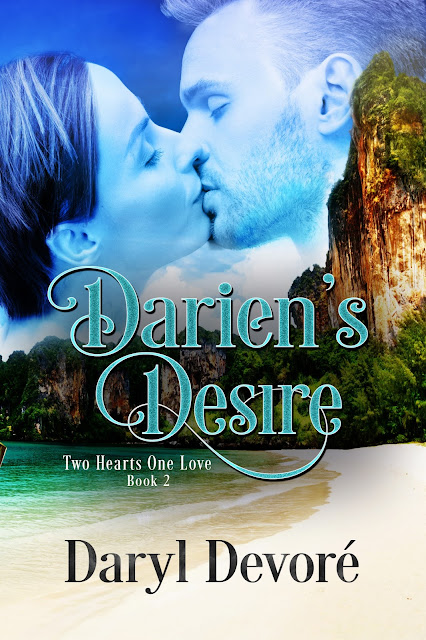 It's complicated is not only her relationship status, but the definition of Erika Bailey's life. She loves managing her drag queen club in Bangkok, Thailand, but her rock star boyfriend resides in North Carolina. And to top it off, her father threatens she must stay away from Darien or lose the Pink Flamingo. Does she protect her club or her love?

Darien Scott, Grammy award winning international superstar, wants nothing more than to wake up in the arms of Erika, the woman he loves, but contractual obligations force him to exotic video shoots and an isolated movie set with one of Hollywood's sexiest stars.

With the feeding frenzy of social media trending every aspect of Darien's life—real or not—it's hard for Erika to know the truth. Will she be able to see through the lies and trust Darien? Or will evidence from damaging Internet rumors condemn their relationship?

Erika rubbed her palms on her thighs. "Darien went out with his friends and they got a little drunk. Then some girls came over and started chatting."

"What?" Sandee pressed his hand on his chest.

"Her name's Savannah and she's an ex."

His eyes widen. "Oh. No. He didn't. I will bitch slap that boy the next time I see him." He chuckled. "I think I just channeled Ra-chell."

"She kissed him. Twice. Then suggested they leave for somewhere more private."

He placed his hands over his ears. "La la la. I'm not listening."

Erika laughed and pulled his hands down. "He didn't go with her. He went home."

Sandee scratched his head. "So why are you so sad?"

"He almost did. What if he had?" Her voice broke on the last word.

"Look on the bright side. He didn't cheat on you." Sandee held out his hands palm up. "Think of it this way. He went to the donut store. He had a choice between a chocolate covered donut or a bagel." He lifted his left hand. "Donut." Then his right hand. "Bagel. The donut has sprinkles. Sprinkles will get a man every time. I outta know, I'm awesome with sprinkles." He fanned himself.

"Trust me Sandee, there is no one as fab-U-lous as you."

"I know. But back to Darien. Darien wants the donut. He lusts after the donut. His groin is on fire for the sprinkles."

Erika waved her hand in front of her face. "I'm getting the picture."

"But did he eat the donut?" Sandee shook his head. "No. He tossed the donut on her ass." He flipped his left hand with a pompous sneer.

"Which leaves me being the bagel." She raised an eyebrow.

WHAT HAPPENS IN BANGKOK


Erika Bailey, owner/manager of a drag queen club in Bangkok, Thailand has happily settled into all aspects of her new life, except for her lack of a love life. When a new diva auditions, Erika is bewildered over her instant attraction to the blond God, Apollo.

Darien Scott is on vacation after a world tour and mistakenly figures the safest place to be is at The Black Dragon with the head of a Triad. When the club is hit, Darien is the only person to get out alive. Now he's running from the police and a Triad. Mistake number 1.

Disguised as a drag queen, he's hired by Erika, but falls hard for his new boss, then struggles with not coming clean with her. Mistake number 2.

Can he fix his mistakes and find a life filled with love or is he headed straight for mistake number 3?

Daryl Devore (@darydevore) lives in an in old farmhouse in Ontario, Canada, with her husband, a large salt water aquarium full of fish, a black cat named Licorice and some house ghosts. Her daughter is grown and has flown the nest. Daryl loves to take long walks up her quiet country road, or snow shoe across the back acres and in the summer, kayak along the St. Lawrence River. She has touched a moon rock, a mammoth and a meteorite. She's been deep in the ocean in a submarine, flown high over Niagara Falls in a helicopter and used the ladies room in a royal palace. Life's an adventure and Daryl's having fun living it.