Return to the beloved small town of Eternity Springs in the newest installment of Emily March’s New York Times bestselling series with A Stardance Summer. 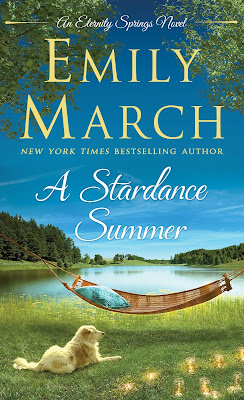 Sometimes the end of one roadBrick Callahan enjoys every minute of chaos at his campground, Stardance Ranch, especially after the Tornado Alleycats arrive for an extended summer stay. The members of the all-female glamorous camping club are primarily seniors—active and adventurous, friendly and fun. But when he discovers Liliana Howe frolicking with the glamping grannies in a late night skinny-dipping session, he fears he's in for a summer of trouble. Because his best friend's kid sister has grown up to be drop-dead gorgeous.. . .is the start of anotherBetrayed by those she trusted, Lili decides she's put her career first for too long. She sells her practical sedan, buys a travel trailer, and heads to Eternity Springs for a summer of rest, relaxation, and reassessment as the newest member of the Alleycats. The last person she expects to find running an RV resort is her high school crush. Their undeniable mutual attraction is a reminder that life is full of surprises. But when the past comes calling, will their summer romance stand the test of time? 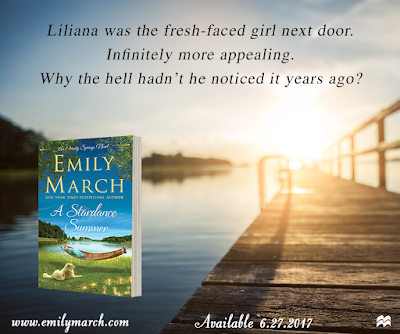 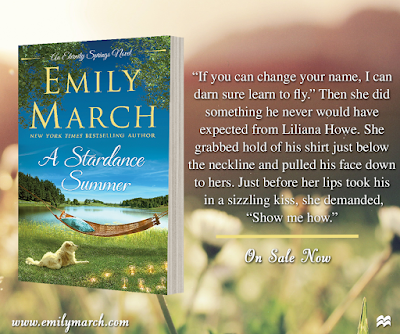 Copyright © 2017 by Emily March and reprinted by permission of St. Martin’s Press. 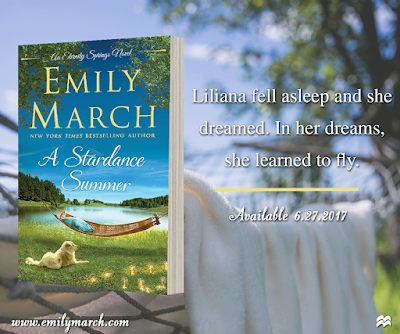 
A Stardance Summer was my first read by Emily March and I know definitely not my last. I have Luke & Maddie bumped up on my kindle (I gotta find out if all the Callahan men are the same as Brick). I just fell in love with everyone in Eternity Springs and the Tornado Alleycats especially Patsy she is the type of grandma I want to be when I get her age.

Liliana Howe had a childhood crush on Brick Callahan aka Mark Christopher her neighbor & brother’s best friend until he crushed that crush by going after the school Queen of Mean, Tiffany, who eventually made Brick the man whom he is today three dates and your out, never does relationships, but will that change when he spends the summer with a blast from his past Liliana.

A Stardance Summer was a read I fought myself to put down & just kept me turning the page. I loved the small town atmosphere, the nosey but caring Callahan family and who couldn’t fall in love with the gals of Tornado Alleycats.  After reading Brick’s & Lili’s story it makes me want to go & read everyone else’s story in Eternity Springs and also the Callahan brother’s especially Brick’ s dad’s Mark’s story I to learn the story of Brick being adopted.  If you love books with small town atmosphere, crazy grannies, loving but nosey family, and looking for a few giggles I recommend you pick up a copy of A Stardance Summer by Emily March. 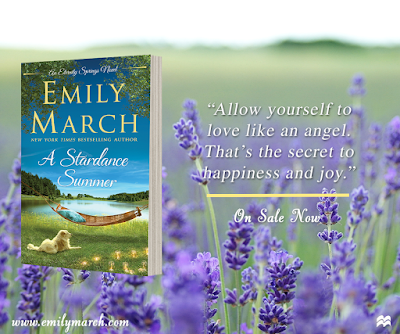 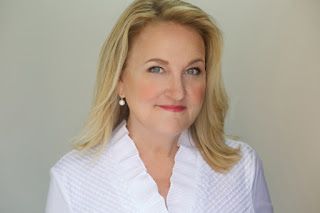 Emily March is the New York Times, Publisher’s Weekly, and USA Today bestselling author of over thirty novels, including the critically acclaimed Eternity Springs series. Publishers Weekly calls March a "master of delightful banter," and her heartwarming, emotionally charged stories have been named to Best of the Year lists by Publishers Weekly, Library Journal, and Romance Writers of America. A graduate of Texas A&M University, Emily is an avid fan of Aggie sports and her recipe for jalapeño relish has made her a tailgating legend.