Release Tour w/Giveaway: Eloping with the Princess by Robyn DeHart 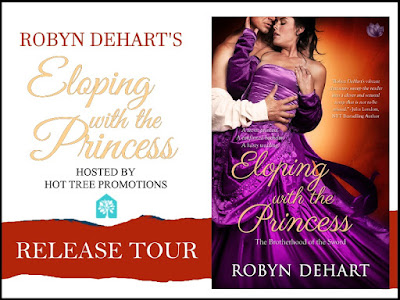 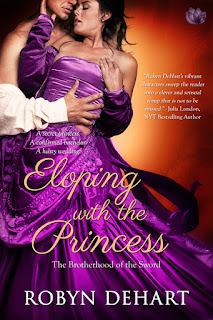 "Robyn DeHart's vibrant characters sweep the reader into a clever and sensual romp that is not to be missed." - Julia London, NYT Bestselling Author
When a fellow member of the Brotherhood of the Sword drops off a mysterious lady in need of protection at the house of Viscount Jason Ellis, he agrees to keep her safe not fully knowing what that will entail. Once Isabel Crisp learns the truth of her identity, that she’s the last remaining member of the royal family from the island nation of Saldania, her world is tipped upside down.

A plot to usurp the throne from Victoria after a marriage comes to light. Isabel realizes rather quickly that if she were already married the men would not succeed with their plan. Jason reluctantly agrees to marry her, but in name only as he’s bound to learn the title to his brother’s son, the rightful heir. But keeping his hands off his tempting and willing wife proves too difficult and the passion between them ignites.

“I could have already cut you on more than one occasion,” Jason said. Ever since their first lesson in fencing, Jason had wanted to spar with her again. Today he’d been unable to wait any longer.
“Your skills are more refined than mine,” she said.
“True, but I do not believe that is the problem. You are distracted. We do not have to continue. Perhaps you’d prefer additional lessons from my mother on how better to fit in with ladies of the ton.”
Her eyes flared with anger, and he suppressed the urge to smile. “I don’t think that will be necessary.” She jabbed him with her foil, her steps more precise and strong. “I believe I managed the situation, and I sincerely doubt those particular women will visit again.”
He lifted a brow. “It was only a suggestion, considering how this first visit went. I suspect you’ll receive more visitors and likely some invitations to attend tea with other ladies in town.”
“They were mocking me,” she said, again jabbing at him, her anger evident in every move. “I believe it might be the last time.”
And just like that, she was in a furious battle where their foils clanged against each other. She met every lunge, every strike.
“You’ve been practicing,” he said.
“Perhaps a little,” she admitted.
“But you have some moves that I haven’t taught you yet,” he said after a particularly crafty placement of her foil.
She tilted her head, and her brows rose. “I might have found a book on fencing in the library.”

A life-long lover of stories and adventure, it was either become a stuntwoman for the movies or live out those adventures from the safety of her PJ’s and computer. Award-winning author, Robyn DeHart chose the latter and couldn’t be happier for doing so. Known for her unique plotlines and authentic characters, Robyn is a favorite among readers and reviewers.
Website: www.robyndehart.com
Facebook: https://www.facebook.com/Robyn-DeHart-Historical-Romance-Author-221241264564538/
Twitter: @RobynDeHart
Goodreads: https://www.goodreads.com/author/show/288853.Robyn_DeHart
Amazon: https://www.amazon.com/Robyn-DeHart/e/B001JRX0T6/
Newsletter sign up: http://www.robyndehart.com/newsletter/ 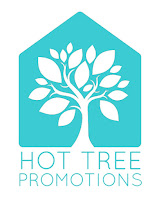