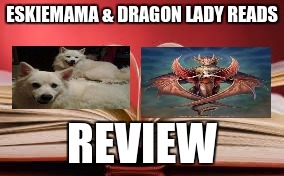 More Than Need You
(More Than Words #2)
by
Shayla Black 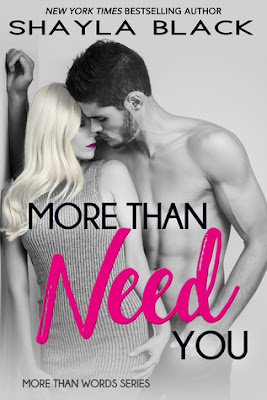 I’m Griffin Reed—cutthroat entrepreneur and competitive bastard. Trust is a four-letter word and everyone is disposable…except Britta Stone. Three years ago, she was my everything before I stupidly threw her away. I thought I’d paid for my sin in misery—until I learned we have a son. Finding out she’s engaged to a bore who’s rushing her to the altar pisses me off even more. I intend to win her back and raise our boy. I’ll have to get ruthless, of course. Luckily, that’s one of my most singular talents.

Sixty days. That’s what I’m asking the gritty, independent single mother to give me—twenty-four/seven. Under my roof. And if I have my way, in my bed. Britta says she wants nothing to do with me. But her body language and passionate kisses make her a liar. Now all I have to do is coax her into surrendering to the old magic between us. Once I have her right where I want her, I’ll do whatever it takes to prove I more than need her.

Griffin Reed a cutthroat entrepreneur and competitive . Three years ago, she was my everything but being the man I was then he got rid of her. And paid dearly for my sin in misery. Thanks to the reunion with his estranged brother Griff learns that he is a Father and now as he realizes that he still loves her and wants he now has a Family.
Britta wants nothing to do with him any more, she now is engaged to another man and Griff wants her back.
He ask for time to prove to her that he is a changed man and that he still loves her and wants to be a Father to their son. The story takes you through their journey as they try to get back, well he tries and Britta fights it all the way, will they find their happily after , read the story its a great one and well worth reading it.