7 Days with You
by Hugo Driscoll 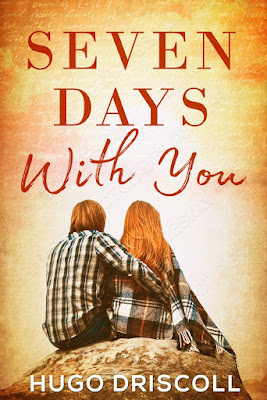 Sean Johnson’s life as a small-town farmhand has been nothing but predictable, but when he meets Sophia Hillingdon at the local animal sanctuary, she gets him out of an eighteen-year rut, away from the mundane existence on the farm, and a grieving, drunken father. 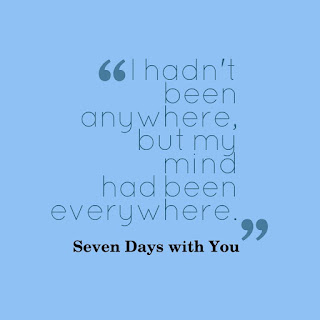 Tell us about Seven Days with You.

Seven Days with You is a coming-of-age love story that anyone who has ever been young and in love will relate to.

Admittedly, it’s also a story that I suppose reviewers might call a tearjerker, but I like to see it as one that proves love is the most important emotion anyone can have in a world that can often be unforgiving.

What initially inspired you to write Seven Days with You?


It was a combination of factors, but If I had to put my thumb on it, I’d say it eventually came down to two things. Firstly, I’d recently completed my first novel, which was, in no other words; irrecoverably bad. But it did prove that I could sit down and finish a story, so when I had a dream about someone I knew and loved, It spawned the idea of Seven Days with You. Only that time, I was determined to write well, rather than simply type my way to the finish line.

Tell us little about the characters in Seven Days with You.

Most of the characters in SDWY are warm and hospitable people living in a small English village, and I think that's a fair representation of many living in more tight-knit communities.

As for the protagonist, people often ask if Sean is based on myself or anyone I know, and the answer is no. He's merely a relatable male protagonist- something I felt very few love stories had. He isn’t 6ft 2 with long locks of hair. He doesn’t wear a leather jacket. Nor does he have underlying commitment issues. He’s just a guy who wants to be loved.

Regarding Sophia, she may appear to be a stereotypical love interest, but once readers get to know her, I think they'll be pleasantly surprised.

Probably the editing process. You have to place a lot of faith in peoples' viewpoints on what works and what doesn't, and that can often be hard to take in when all you want to hear is: "Everything's great!"
Most of all, I think writing a book with as much pathos as Seven Days with You takes its toll on you as you have to go to some pretty dark places, which isn't always nice.

That's a good question! If I had to choose one part, it would probably be the end. I've always been a fan of the final sentences of novels, and writing them offers the same excitement.

I have recently completed the second draft of a new novel. Like SDWY, it's a love story, but is set in contemporary London and involves a lot of nihilism which was worryingly cathartic to write! 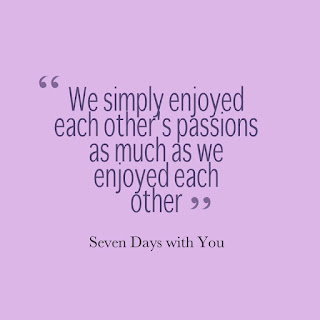 Hugo Driscoll is a 25-year-old content writer from London, England. After working as a freelance journalist, he transferred over to the wacky world of viral media, where he writes about everything from the best cat cafes in Japan to what colour skinny jeans everyone should wear on a first date.

When he's not working, you can usually find him writing fiction in downtown cafes or lamenting the unfair treatment of twenty-somethings in overcrowded London bars.