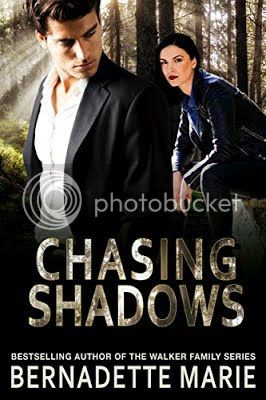 Someone has decided to become the moral compass for the women in town, and now they're turning up dead. It will be up to Detective Lacy Pratt to find their killer before her relationship with Declan Matthews, brother to one of the victims, marks her as a target.

Icy fingers of cold air pressed against Declan Matthews’ shirt as the wind blew through the trees. Once upon a time the wooded area, less than a mile from his childhood home, would have been a place of refuge. Now it was tainted with death.

The massive tree, which had been brought down by lightning at least fifty years earlier, still made for a perfect bridge over the cold brook that calmly passed beneath it.

It was there that they had found his sister. She had died on that bridge of nature, right where she’d once played as a child.

He heard the footsteps on the dry leaves behind him, but he didn’t turn. There was no reason to.

Vaughn moved in beside him, just as an old friend would do, without a word.

They’d shared many hours together in this spot. It was more than a tree in the woods. It had been a pirate ship, a lunar landing site, and a jungle with man-eating monkeys. It had also been a place to camp and have long talks. Or when they’d gotten older, a place to sneak off with one of their dads’ beers and a cigar. He’d brought Lacy Pratt out to the log once for a massive make out session, which ended successfully in his car later that night. Of course, that would only be the beginning of the women who refused to talk to him after a relationship ended.

Vaughn shoved his hands into the front pockets of his jeans and rocked back on his heels. “Christ, Declan. I don’t even know what to say.”

“There’s nothing to say.”

“I can’t believe something like this would happen here. Everyone knows everyone. Who could have done this?”

Declan hated the small town mentality, even if the town was no longer small, as it had been in his early youth. Small was why he’d moved so far away. Ask anyone in a small town who could have done something like murder a married mother of two, and they’d tell you no one. Give them a name and they’d give you a million reasons that person was a saint. He appreciated living in a big city where everyone was guilty of something. He was a lawyer, so he knew what he was talking about. He’d put enough deadbeats away for a long time.

He clenched his fists to his side. “People talk, V. Someone will spill and I’ll see them hang for it,” he said through gritted teeth. And he meant it. He’d found great restraint in his job, but this wasn’t part of his job. This was his little sister, and he’d take revenge if it meant finding the bastard that left her on that log, dead.

“Am I going to have to put a watch on you, Matthews?” The voice came from behind them and both men turned.

Of all people, Lacy Pratt moved toward them. A badge hung around her neck and a gun was holstered on her hip. She looked as if she’d walked out of a detective show on TV in her black slacks and starched white shirt. Her long locks, which he’d once tangled his fingers in, had been traded for a shorter cut that didn’t quite hit her shoulders.

As she moved closer, she tucked her hair behind her ear.

“I’m really sorry about what happened. Stacy was a vital part of our community and a good friend,” she said, her eyes locked on his.

He realized these were the first words she’d spoken to him in fifteen years. What a crappy thing to have to say.

“Thanks. What’s all this?” He nodded toward her badge and she looked down.

He felt those icy cold fingers on his back again, but this time the sharpness dug into his skin.

“How long have you been a detective?”

Lacy inched closer, her hands on her hips. “You got a problem with me and this case?”

“I have a problem with this case for sure.” He mimicked her stance. “But I don’t think that’s what I asked. I asked you how long you’ve been a detective.”

He saw the shift in her demeanor as her eyes softened. “Eight years.”

“Are you good at your job?”

Bestselling Author Bernadette Marie is known for building families readers want to be part of. Her series The Keller Family has graced bestseller charts since its release in 2011. Since then she has authored and published over thirty books. The married mother of five sons promises romances with a Happily Ever After always…and says she can write it because she lives it.
Bernadette is also the CEO of 5 Prince Publishing and Illumination Author Events and Services.