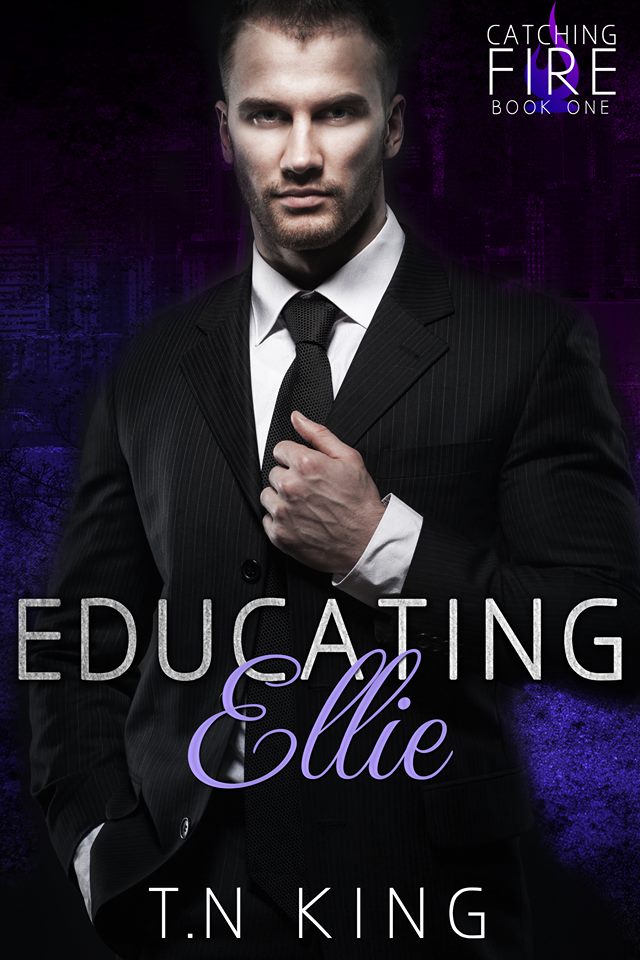 
Hard working Ellie White has always known life could be better than a dead
end job at a hole in the wall diner. When billionaire Morgan Hunt rescues
her from said burning diner, her life changes. Impressed with his genuine
and caring air, she quickly falls for him. When she learns he can't stop
thinking about her, she succumbs to his charms, and her own surprisingly
deep desires. Then he breaks her heart and she blames herself for being so
naive. Can she ever trust him again?


As a Billionaire CEO, Morgan Hunt has perfected the art of sealing the
deal. But when he rescues Ellie from a fire, he's not prepared for the
feelings that distract him from his one true love—business. In an attempt
to clear his mind, he seals a deal of another kind with Ellie in a night of
unforgettable pleasure. Their ‘merger’ awakens his passionate side, but
Morgan didn't count on the spark between them becoming so much more. That
one night was meant to get her out of his head, but now she’s under his
skin, too deep to ignore. After breaking her heart, can he win her back? 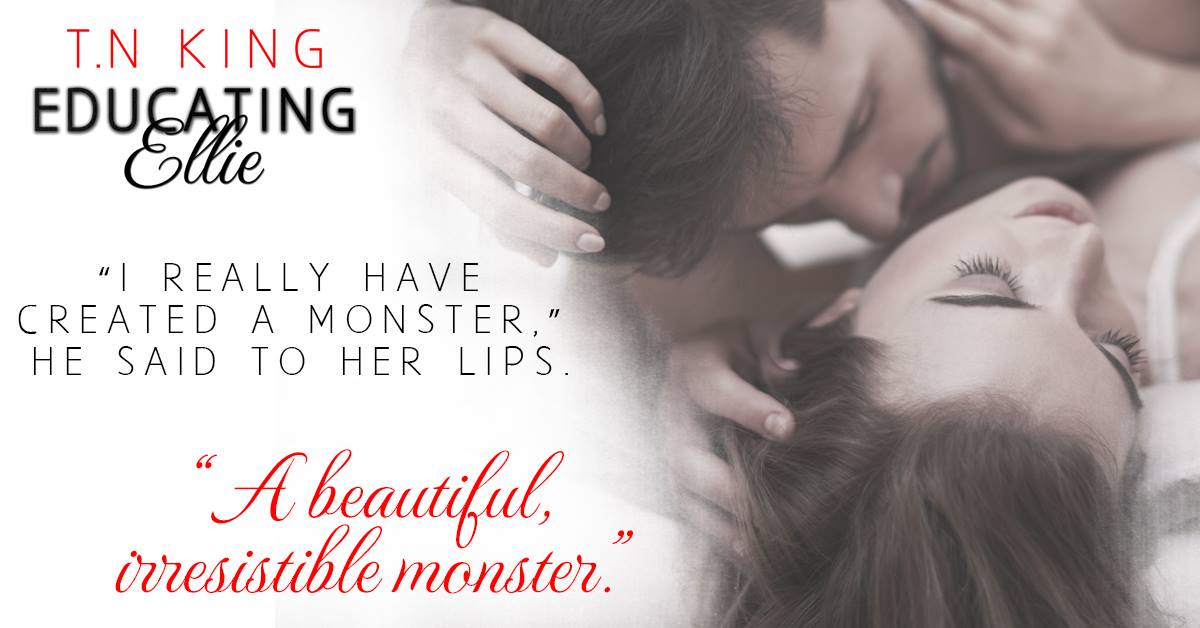 
He entered his office at Hunt Towers. He should have just told her in the
first place. But who gifted you with something then tells you how much it
cost? Her reaction had been a surprise. Well, maybe not. Morgan had hidden
it from her, so he did know. He sighed. Honesty. He was an honest person,
but in his line of work, it got blurred or there were gray areas.

He’d never been so out of his element. This woman had him turned inside
out. But not because she meant to do it. Not on purpose. She was low
maintenance in reality. Look how she gave him a second chance. Look at her
reaction to what he’d spent on her, when he never gave it a second thought?

“I was wondering when you would show up.” His best friend smiled. “So,
ready to go and be bored with the filthy rich?” he asked.

“You mean the charity ball?” Morgan asked and grabbed the file he had come
here for.

“Of course that’s…” Chance stepped closer and stared at him. “What is going
on with you?”

Morgan looked up. “Nothing, why? Do I look sick?”

Chance laughed. “Hardly. But something is off here.”

Morgan chuckled, trying to play it off. “Oh, really?”

Chance nodded. “I know you are always busy but the last time I saw you. I
felt like you were more than distracted.”

Raising his gaze to his friend, he waited for it.

Oh, shit. That was the phrase they used when they met some woman they
wanted. “No, not like that.”

Morgan sighed and tucked the file under his arm. “No. She isn’t and I am
bringing her to the ball.” He stepped close to Chance. “She is also off
limits.” He looked right into Chance’s piercing green eyes.

The man pulled his head back. “Whoa, whoa down, there boy!” He laughed.
“You act like you’re…” His voice faded away. “You fell for someone?”

Shaking his head, Morgan laughed. “Fell?” Yes, he had, long and hard,
plummeting countless floors down to the earth. But in between, there had
been a night of heaven.

“Holy Fuck!” Chance exclaimed. “Look at you! You were thinking of her just
now, right?” He shook his head looking totally stunned. “Morgan
Hunt…caught.”

Wincing at the expression, of ‘caught’ he shook his head.

“Well, damn. This won’t be the boring ball I thought it would be.” Chance
laughed.

“Just do not get too excited when you meet her,” Morgan warned as he leaned
in close. “And be nice. Not too nice though.” He walked past him.

“Well, shit! The moon just turned purple and fucking Unicorns must be
running down Fifth Avenue!”

Chances’ laughter followed him down the hallway.

After rushing home to his house, he had dressed there then had his driver
nearly fly down the toll road and made it into the lobby to await Ellie. He
wanted to see her in that dress, walking towards him as he waited to take
her arm and show her his world. And show her off too. No, she was so wrong
about herself. She couldn’t see herself like others did. Like he did.

“Sir?” his driver called to him.

He glanced over at Frank.

Mmm, I never seen my driver look— Morgan followed his gaze and turned
around.

Standing on the top of the stairs, was Ellie.

Or a vision from some heaven where only angels existed. Morgan felt like
someone just punched him in the chest.

The blue silk hugged every curve as a bit of thigh flashed when she took a
step. And with each step, her blue heels reflected diamond light as well.
The diamonds around her chest sparkled under the light of the chandelier
and lit up her face.

Morgan couldn’t breathe. He’d never had this reaction to anyone or anything
before.

She held her head high as her hair was coiffed up and long chocolate
ringlets bounced along her shoulders. Her eyes though were what stood out,
the blue reflecting the dress nearly perfectly. As she drew closer, he
could see she wore teardrop bluish diamond earrings. She wore no necklace.
She didn’t need to.

The lobby grew quiet as all the heretofore activity came to a halt.

Every set of eyes in the place were tilted upward and followed her progress
down.

“Sir?” Frank asked from beside him.

“You need to greet her—”

Morgan suddenly realized he was not close enough to grab her hand when she
took the last step. “Shit!” he muttered under his breath. He could hear his
driver’s chuckle behind him as he rushed forward.

Ellie smiled as he neared. She looked nervous.

He knew she shouldn’t, she should look confident…No, she looked like Ellie,
sweet and unassuming. Truly unknowing of her beauty. God dammit, he was
hard as he may have ever been in his life. He stopped right at the bottom
step and reached for her hand.

Trembling, she placed hers in his.

He helped her down to the marble flooring. Then leaned close to whisper,
“Ellie look around.”

Blinking her eyes, she did so and slowly gazed around at the silence in the
lobby and at the expressions of awe on all the people there.

The uniformed men at the door bowed at her in sure reverence.

“Yes, they are transfixed by you.” He beamed at her. “As am I.” He walked
her across the marble as their audience gave out whistles and gasps.

He leaned into her ear as the door men opened the doors. “It was worth
every damn dime, I spent.”

Her eyes widened and she laughed.

Morgan looked back to see men ogling her and women glaring. Yes, maybe the
dress helped, but he really felt like it was Ellie who helped the dress in
fact. 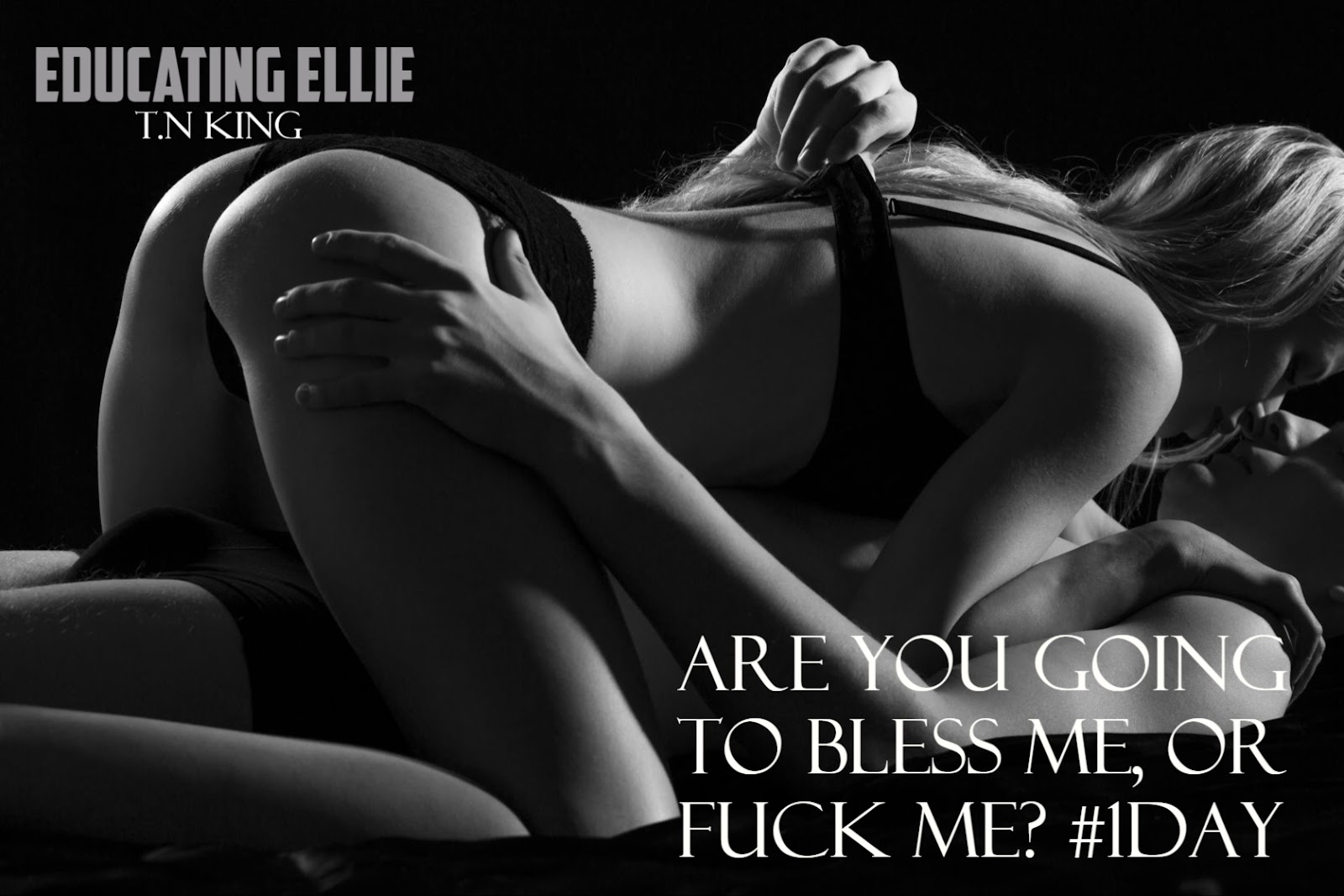 
T.N King grew up in the heart of Texas in a military family, and now
resides in the sunny beach of San Diego, California. A football fan, a
Netflix binge-watcher, a lover of barbecue, and a writer of romance, he's
the author of the Educating Ellie, the first books of many to come. T.N
King plans to write many more sexy, suspenseful stories for his raving
fans. Sign up for T.N King's newsletter to stay up to date on upcoming
releases and sales @ 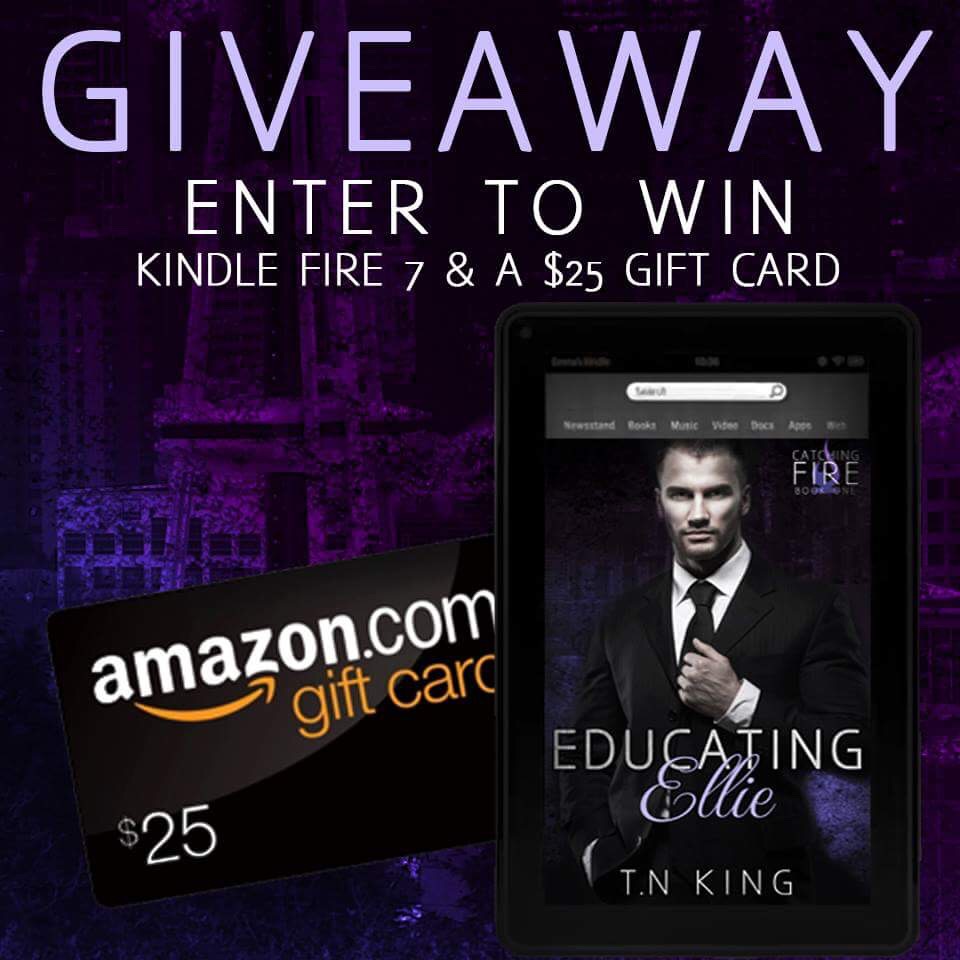