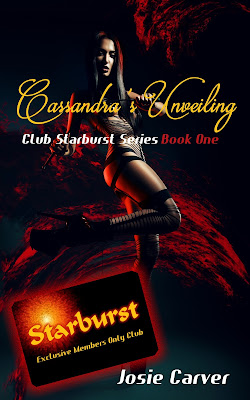 Damon, his cousin, and four friends converted grandma’s house into a private sex club for people of color. It seemed like a good idea, and the club was starting to turn a profit already—after being open for only a few months.

So, Damon was proud to show it off to his friend and occasional sexual playmate, Cassandra. She’d had a small taste of his freaky side and seemed interested. Damon was interested in finding out how much more this Latina beauty could handle.

What he didn’t expect was to open the door to a side of Cassandra that even she didn’t know existed. It wasn’t just the kink that turned her on. It wasn’t only the submission, either.

Step inside Club Starburst as Damon and his friends help Cass find the sexual freedom and happiness she’s been searching for in ways she didn’t know existed. 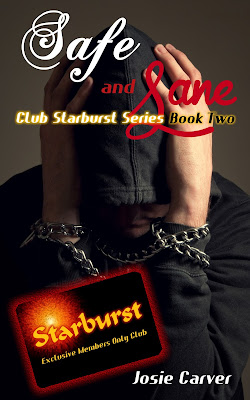 Rules are for safety. Dungeon Monitors are for protection.

Damon isn’t sure how to handle what he’s been observing between Maverick and Desiree. He can’t quite put his finger on what’s wrong. To make the situation even more complicated, Desiree’s old Dominant is watching, too. He was always very protective, and he’s not happy.

What do you do when the play room is filled with tension between friends, when safe and sane are in question, and when respect and rules are being stretched?

If someone has to go, who will it be when everyone involved is an investor with money to lose? 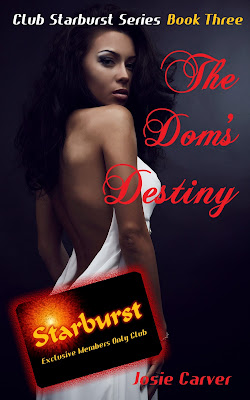 Until his Destiny walked in the door. No, seriously, her name is Destiny and it only took a few minutes of observing her for Damon to know that he wanted to break her. Then he’d make her his.

Of course, he would set his sights on one of the most difficult new members the club had ever accepted. A submissive who didn’t want to follow the rules. A sassy, beautiful, sexy vixen who turned him inside out and got away with topping him because she was just too distracting for him to keep her in line.

Yeah, he wanted her and he was going to have her . . . even if his Destiny brought a future full of trouble.

Josie desired to create a series with complex characters, so you’ll find a variety of issues affecting the main characters from Cassandra’s Unveiling, Safe and Sane, and The Dom’s Destiny. These stories are about much more than sex because Josie believes that everything about us impacts how we relate to those we are our closest friends and lovers. She spent a lot of time researching the BDSM culture and speaking with people who participate in the lifestyle so that her readers can feel a true appreciation for what she believes is a truly remarkable world. At the end of the day, she believes that this foray and these characters represent the possibilities that can happen when people are unafraid to trust in one another, exercise the power found in knowing themselves, and reach beyond traditional boundaries to find freedom and fulfillment.

Josie Carver is the erotica pen name of award-winning romance Author Brynette L. Turner. The pen name was chosen to honor her great-grandmother Josephine—a woman of strength, intelligence, bravery, and determination—as well as her favorite middle school teacher, who was one of the people to invest in building her up as a person instead of just seeing her as another student. Creating interesting story lines in a sub-genre that seems taboo to many African Americans is a true act of courage that Josie hopes will make people proud and encourage them to delve deeply into their secret desires and buried needs.