Sin and Cider
by Kimberly Reese 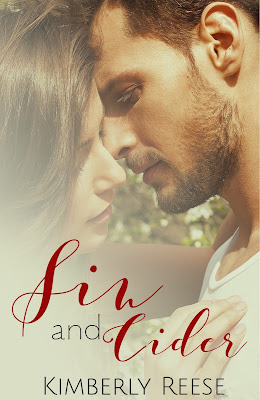 The last time I saw my best friend's kid sister, she was just that: a kid. That's not the case anymore. For the first time ever, I feel an attraction to her I've never felt with anyone else, and I'm determined to convince her to give in to the temptation of a temporary arrangement.
My name is Lawson Westbrook, and the only thing brewing this summer will be sin.

After six long years, I’m back home and working on my family’s apple orchard. I’m surrounded by the same loving support system but can’t avoid the charming bastard who stole my heart years ago. He still makes my heart race in an achingly familiar way, but the way he’s looking at me now isn’t familiar at all. For the first time ever, he’s looking at me with eyes full of desire and sinful promises. I’m here for one reason and refuse to give in to temptation.
My name is MacIntosh Layne, and the only thing brewing this summer will be cider. 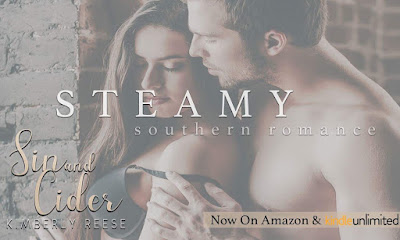 Tell us about Sin and Cider.

Sin and Cider is a steamy Southern romance about a woman who loses her sense of purpose and decides to go back to her hometown to figure things out. She runs into her older brother’s best friend, who she used to have a crush on, and the attraction between the two is mutual for the first time ever. If you like strong heroines who aren't afraid to fight for what they want and hot alpha males with Southern drawls, you might like my book.

What initially inspired you to write Sin and Cider?

This is really random, but it was a billboard ad. I was in Tennessee for a writing retreat in November and saw a billboard for an apple orchard. I fell in love with Tennessee while I was there and couldn't get the billboard out of my head after leaving. Eventually, the voices started talking and I got to writing.

Tell us little about the characters in Sin and Cider.

Mac, my heroine, at first doesn't know what she wants from life. She feels lost and, like I think we all do at some point, needs a push in the right direction. Once she figures things out, she isn't afraid to fight for what she wants. She's also very laid back and loyal to friends and family.

Lawson, my hero, is a Southern gentleman who may be a little too used to getting what he wants. He grew up in a prominent family and has no trouble with the ladies. He's a great guy, he just has a skewed way of looking at things. I hope you all read my book so you can see how Mac shakes up his life. :)

Oh gosh, the ending. I was so worried I wouldn't do my characters’ story justice.


I really enjoyed any scene where Mac and Lawson interact before they really give in to their mutual attraction. I love a good slow burn. One of my favorite scenes has to be the barn scene. I don't want to give things away but that scene gets SEXY.

I'm working on Sin and Sugar, which is the next standalone novel in the Sweet Sinners series. It's about Langley, Lawson’s little sister, and she is a firecracker. I am so excited to write her story and hope to have it out this October. 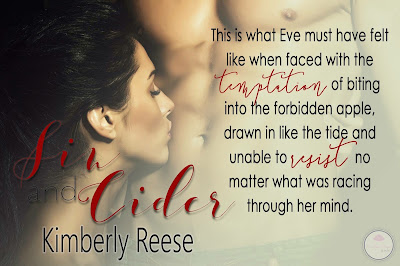 "His hands are everywhere, branding my skin with their heat and intensity. He doesn’t ask permission as he jerks my tank top over my head, and he doesn’t need to because angry, passionate Lawson has me aching in ways I never saw coming. I whimper as he unhooks my bra and roughly palms my breasts before tugging on my nipples with the hardened pads of his fingers. It’s obvious we’re both still running high on emotion, but lust is overriding everything. In this moment we are both animals, slaves to our baser desires, and there’s no room for gentleness or sweet words." 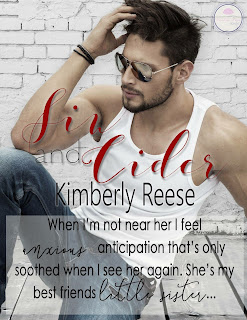 Kimberly Reese is a contemporary romance author, and Sin and Cider is her debut novel. She grew up in a military family and currently resides in Illinois. When she isn't writing she enjoys reading, traveling, and spending time with family.