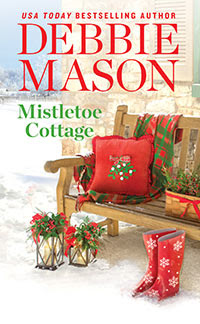 Sophie DiRossi loved growing up in Harmony Harbor. But after fleeing in disgrace many years ago, it is the last place she wants to be. Left homeless by a fire, she's forced to go back to the small coastal town that harbors a million secrets, including her own. Sophie sees this secret reflected every day in her daughter's blue eyes-and she must keep it hidden from the only man she has ever loved.

Sophie's return is a shock for everyone . . . especially Liam Gallagher. The firefighter had some serious feelings for Sophie-and seeing her again sparks a desire so fierce it takes his breath away. Now Liam will do whatever it takes to show Sophie that they deserve a second chance at love, even if everything they've concealed threatens to keep them apart. In this special town at this special time of the year, Sophie and Liam can only hope for a little holiday magic . . .

Liam tightened the knob on a kitchen cabinet. “You need anything else while I’m downtown, Soph?”
“No, you’ve done too much for us already, Liam. I really appreciate it. And I’m paying for whatever you’re picking up at the hardware store, so—”
“I’m happy to help out any way I can. That’s what friends do, Soph. And you’re not paying the bill from the hardware store. I’ll put it on the manor’s tab.” He wasn’t surprised by her reaction, but after walking through the apartment and seeing how little they had, he wished she’d let him do more.


“The manor has an account at the hardware store?”
“Old man O’Malley’s been running a tab for Greystone for as long as I can remember. Don’t imagine it’s changed.”
She sighed. “If you don’t mind, can you get the outstanding balance?”
“No problem. Have you had a chance to go over the books?” He caught her grimace. “That bad, huh?”
Her chin went up. “Actually, the books are in great shape.”
He tapped the tip of her nose. “Careful, it’s going to grow. I may not be on Team Greystone, but I am on Team Sophie, so whatever you need . . .” He frowned. “Hey, what’s up with the tears?”
She moved into him and did a faceplant in his chest, wrapping her arms around his waist. “You have to stop doing stuff for us, taking care of us like you do. You make me want things I can’t have.”
“Like what?” he asked quietly, stroking her hair.
“A man to share my life with. A man like you. But I don’t have time for a serious relationship.”
“Well, you’re in luck. I don’t do serious,” he said and kissed the corner of her mouth. He felt someone’s eyes on him and looked over to see Mia watching them. She gave him a thumbs-up. 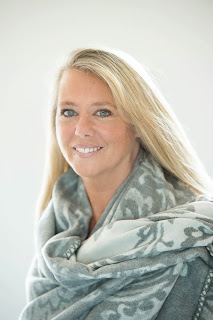 Debbie Mason is the bestselling author of the Christmas, Colorado series and Harmony Harbor series. Her books have been praised for their "likable characters, clever dialogue and juicy plots" (RT Book Reviews). She also writes historical paranormals as Debbie Mazzuca. Her MacLeod series has received several nominations for best paranormal as well as a Holt Medallion Award of Merit. When she isn't writing or reading, Debbie enjoys spending time with her very own real-life hero, their three wonderful children, two adorable grandbabies, and a yappy Yorkie named Bella.