Enter below for chance to win signed copies (US only) digital copies (INT)
of Maxwell Investigation series from Dawn! 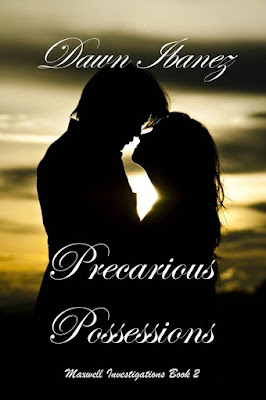 Madison Maxwell was once the feared Necromancer, and a wild woman with a vivid temper and the ability to raise the dead. Now she is a single mother that loves to spoil her twin sons.

Troy Davenport is a Werewolf that has spent the last four years of his life learning what he is, and longing for Madison. After spending one night with her in his arms, he wanted her back, and this time, forever.

After learning of her brother's folly on an assignment, Madison must take up her title once again, or the Paranormal world that they have all worked so hard to hide will be pulled into the light of day. But there is also the chance that doing so will cost her everything. 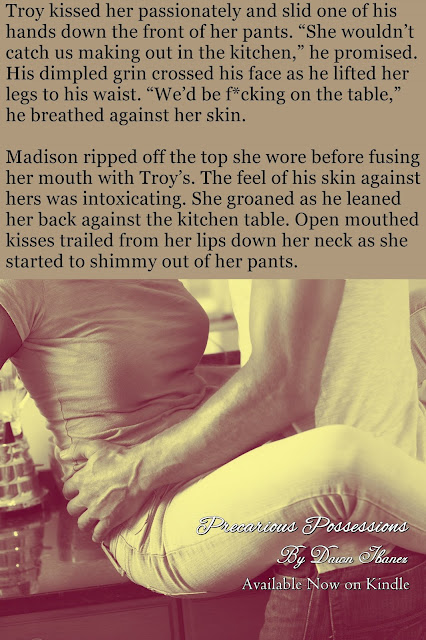 Q & A with Dawn about Precarious Possesions!


Tell us about Precarious Possessions.
This is book 2 of the Maxwell Investigations Series. This time the focus is Madison and Troy. Both are characters we’ve met in Tangled Temptations, the previous novel. Madison has to come out of a quasi-retirement in order to help clean up a mistake her brother Barry made when trying to handle magic he had no business trying to use.

Tell us little about the characters in Precarious Possessions.
From the first novel, we learn that Madison is the oldest girl of the 5 Maxwell siblings. She has gone from being the feared Necromancer to a mother of two twin boys. After Tangled Temptations, she bought an estate and is kept out of the Magical world.

Troy Davenport found out he was a werewolf at the end of Tangled Temptations and for 3 years he lived on the other side of the country. But he never forgot Madison, the woman he unintentionally marked as his mate. When he finds out she is basically in hiding, he returns to her, not realizing he left her with two sons to take care of as well.

What was the hardest part of writing Precarious Possessions?
Disassociating myself from Madison. When we were in the radio play stage, I was going to be her voice. She has my attitude. She grew up in New York. She felt like the throw away child because she was sent to a foster home. I felt like a throw away child because of other reasons I don’t want to get into now. But trying to separate her from me was so hard.


What was your favorite chapter (or part) to write and why?
In Tangled Temptations, there is an argument that is the lynchpin to this novel. It was between Madison and her mother, Tina. For a while I got phone calls from my family. A couple were telling me how wrong I was for putting my mother on blast in a novel the way I did, but the thing was, I didn’t. My mother and I are really close and when she heard about the fight, I told her about it. I also let her know that SHE wasn’t Tina. So, after all of the crap I was given over that scene, I was relieved to write a scene that reconciled their relationship. Of course, it circles the crapper a couple of more times, but hey, what mother daughter relationship doesn’t? LOL

Is there a message in Precarious Possessions that you hope readers will grasp?
At the end of the day, family is all you have. Madison and Troy work on their relationship to build on their own family. They have moments when while, yes, things look dire, but the ones that are standing with them are family.

Is there anything else you would like to tell the readers about this book/series?
Nope, not with this one….

Madison walked through her estate and found herself at the twin’s tree house. A large part of her was thrilled because of Troy’s return. But there was another part that was completely livid with her family’s interference. The rising moon peaked through the trees, reminding her that it was only the second night of the full moon. “Shit,” she sighed. She climbed up the small set of stairs and went into the club house.
As her eyes traveled across the shelter Antonio and Donald built, she felt a restless urge overcome her. She didn’t want to deal with Troy. He was bound to have questions and she wasn’t sure if he would like her answers.
The fact that she kept the boys from him for so long had her moving again. She opened a window box and easily found the blankets and sleeping bags she stashed out here for the boys. There was no way she was going to back up to the house. Not with Troy plotting to take her boys. Trying to distract herself, Madison quickly made herself a sleeping pallet and sat.
It was a few minutes later when she heard the snapping of a twig. “I know you’re up there,” Troy’s voice called.
She rolled her eyes. For some stupid reason she thought that maybe Dylan or Victor would come after her. She looked out of the doorway and saw Troy at the base of the tree. “What are you doing here?”
He looked at her, knowing that if given the chance she would bolt. “Your sister’s worried about you,” he said slowly approaching the tree. “She said that you haven’t been handling the moon well.”
Her eyes narrowed. “I’ve been just fine,” she spat.
Troy climbed the tree and stood toe to toe with Madison. “I should have to Dennis to fuck off and came back,” he told her. As her eyes started to widen, he stepped closer. “At first I wanted to apologize to you. I had a feeling that I bound you to me. But a selfish part of me couldn’t let you go.”
Madison was slowly backing away from him and it pissed her off. “So it took you three years to grow balls and come face me?” she taunted.
His golden eyes locked onto her brown ones. “You didn’t complain about my balls that night,” he said seriously. When she inhaled sharply, he invaded her personal space again. “And besides, if anyone should be pissy about our time apart, it should be me.”
Madison was trembling as his body pressed against hers. She folded her hands behind her back to keep from touching him. “I had my reasons,” she whispered.
“Bullshit,” he breathed. He reached out and tucked her hair behind her ear. As her eyes closed, he fisted a handful of her soft hair and made her look at him. “You’re trying to hide away under the protection of Vampires.” His other arm wrapped around her waist like a steel band and hauled her tight against his body. “Trying to hide from your Mate.”
His scent was intoxicating. As was the fact that he remembered she liked it a little wild and rough. But the challenge in his voice scared the hell out of her. She unlocked her hands and tried to shove him off of her. “I won’t be your Mate,” she growled. When he didn’t budge, she tried to kick at him. Her eyes went round when he shoved his leg between hers and brought her down onto the pallet she made. Madison’s breath caught as his weight settled on top of her.
And she hated herself for it. 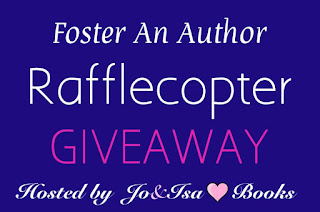 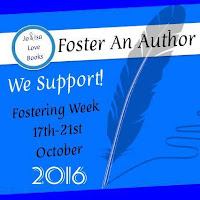