Enter below to win a chance at the 1st 3 books in print Wicked Designs, His Wicked Seduction, Her Wicked Proposal (winner's choice paperback or digital) from Lauren Smith!

Book 4 in The League of Rogues Series
Wicke Rivals! 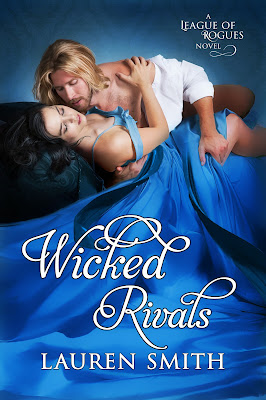 A LORD WITH LEGENDARY CONTROL…
Merciless and powerful, Ashton Lennox is a wealthy man because he puts business before everything else, especially love. As a member of the infamous League of Rogues, he’s no stranger to scandal. His bedroom conquests are as legendary as his fortune. As he searches for a way to bring down an old enemy bent on destroying the lives of his friends, the last thing he needs is a Scottish widow getting in his way.
A FIERY WOMAN WHO WON’T BACK DOWN…
The daughter of a Scottish lord with a dark and treacherous past, Rosalind Melbourne has spent years distancing from her past. After escaping her tyrannical father and marrying an aging English lord, she has become a powerful widow with a business empire at her command. Her business dealings are everything to her, leaving her no time for love. Especially not with her business rival Ashton, a man with a scandalous reputation as striking as his blue eyes.
A GAME OF WITS TURNS TO A GAME OF SEDUCTION…
Ashton is fascinated by the strong-willed, intelligent and sensual lady who, up until now, had outsmarted him at every turn. Rosalind wishes she could deny she is falling for the brooding, handsome baron. How can she possibly trust him when doing so could cost her what she values most—her freedom? When Ashton discovers Rosalind might hold the key to saving the League of Rogues, he knows he will do anything to woo his wicked lass. As their pasts return to haunt them and dark forces rise to keep them from exposing a deadly spymaster, their game of love turns to a game of survival…

Warning: This book includes a brooding baron who’s wild in bed, a crafty Scottish lass who never knows when to quit, a wicked game of strip chess, and a merry band of rogues whose first instinct is to run they hear wedding bells ring. 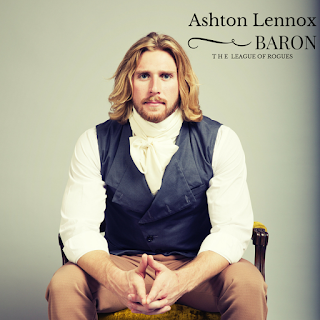 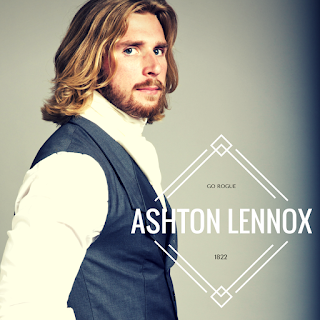 Q & A with Lauren Smith about Wicked Rivals!

Tell us about Wicked Rivals.
Wicked Rivals is a tale of Rosalind, a female Scottish banker, and Ashton, an English baron, who vie against each other in business but fall in love along the way.

What initially inspired you to write Wicked Rivals?
Well the story originally came as part of my six book League of Rogues series which features a different hero from the League for each book. Ashton was always the one in the League that was focused on business and from the start of the series, he slowly began to get entangled with Lady Rosalind Melbourne who is a feisty Scottish lady that simply won’t let him win in business. I was researching the history of female bankers (yes there were female bankers back then!) and was fascinated to discover how much women were involved in businesses during the Regency era and since I love strong powerful female leads in my stories, I knew that Rosalind would have to be just as smart and cunning as Ashton to be his perfect romantic match.

Tell us little about the characters in Wicked Rivals.
Ashton is a cool, controlled and sensual man who isn’t afraid to use his seductive talents to get ahead in business. He believes that he will likely never be lucky enough to fall in love and frankly doesn’t trust his heart to anyone. Rosalind comes from an abusive father and a crumbling castle in Scotland. Even though she had three older brothers to look out for her, she flees her country and marries an older, kind, Englishman who before he dies, instructs her how to run his banks and businesses. By the time she’s a widow, she is standing on her own and is quite powerful. She is drawn to Ashton just as he is drawn to her and they can’t help but fall in love as they challenge each other.

What was the hardest part of writing Wicked Rivals?
The hardest part was the subplots that thread through the entire series. Each book in the League of Rogues series has a villain named Hugo Waverly and he causes a bit of trouble for the league in an increasingly dangerous way and I have to balance a lot of story threads to pull it together.

The infamous game of Strip Chess!! In order to convince Rosalind to marry him, Ashton challenges her to a game of strip chess where if she loses she must marry him. The chess match is a metaphor for their relationship, the cunning battles, the planning, all of it. And to play it out in a physical game was fun and sexy!

What are your future project(s)?
I’m currently writing three Russian dragonshifter books which I hope will come out in 2018. I have 3 really fun, Edwardian novellas coming out in fall of 2017 which are a lot o like Downton Abbey.

Is there anything else you would like to tell the readers about this book/series?
All of the books in the series can be read as standalones, but it’s a lot of fun to read them in order because you see all of the heroes grow. And one of the most unique things about the series is that the men in the previous books still show up on the pages of the later books in every single book because the six men are close friends, almost like brothers, and the story is about that intense bond of friendship in addition to the wild steamy romances.

Lauren Smith is an Oklahoma attorney by day, author by night for Grand Central Publishing, who pens adventurous and edgy romance stories by the light of her smart phone flashlight app. She knew she was destined to be a romance writer when she attempted to re-write the entire Titanic movie just to save Jack from drowning. Connecting with readers by writing emotionally moving, realistic and sexy romances no matter what time period is her passion. She’s won multiple awards in several romance subgenres including: New England Reader’s Choice Awards, Greater Detroit BookSeller’s Best Awards, Amazon.com Breakthrough Novel Award Quarter-Finalist and a Semi-Finalist for the Mary Wollstonecraft Shelley Award. To connect with Lauren, visit her at www.laurensmithbooks.com or twitter at @LSmithAuthor.