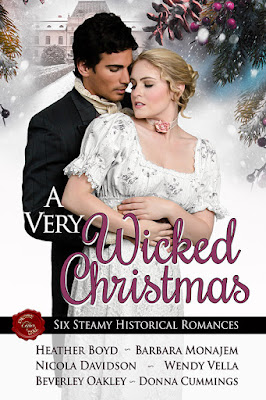 Six of today's most popular regency romance authors come together to deliver a holiday anthology full of passion, promise, and scandalous dalliance. Have Yourself A Very Wicked Christmas!

In Heather Boyd’s The Christmas Affair, a lonely shopkeeper offers shelter to a beautiful, not so innocent miss to overcome the bitter memories of Christmases past, but could such a wicked connection ever lead to a happily-ever-after?

A dashing spy with marriage on his mind seeks to rekindle the spark by any means possible with the woman who claimed his heart in Love at First Dance by Barbara Monajem.

A scandalous widow rescues the man of her dreams - but his secrets could destroy their love in Nicola Davidson's Joy to the Earl.

A masquerade ball was no place to be reckless with your innocence, and yet one scorching look at the masked highwayman urges Miss Partridge to do just that in Mistletoe and the Marquess by Wendy Vella.

In Lord Misrule by Donna Cummings, a young widow chooses a handsome rogue to be her first lover, but his regrets from a past Christmas may end their affair before it even commences.

A blue-stocking becomes a courtesan to escape a murderer in The Glittering Prize, an intrigue-filled romance by Beverley Oakley about finding love where it’s least expected.

This is an all-new collection of stand-alone complete works. 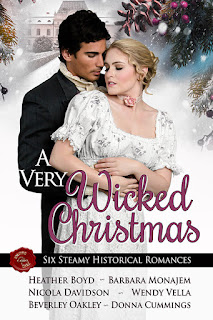 Bestselling historical author Heather Boyd believes every character she creates deserves their own happily-ever-after, no matter how much trouble she puts them through. With that goal in mind, she writes steamy regency romance stories that skirt the boundaries of propriety to keep readers enthralled until the wee hours of the morning. Heather has published thirty novels and shorter works. Catch her latest news www.heather-boyd.com. She lives north of Sydney, Australia, and does her best to wrangle her testosterone-fuelled family (including cat Morpheus) into submission. 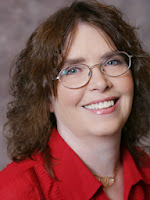 Award-winning author Barbara Monajem wrote her first story at eight years old about apple tree gnomes. She published a middle-grade fantasy when her children were young, then moved on to paranormal mysteries and Regency romances with intrepid heroines and long-suffering heroes (or vice versa). She lives near Atlanta, Georgia with an ever-shifting population of relatives, friends, and feline strays. 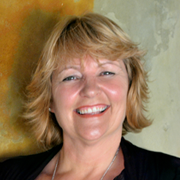 With 16 books published, best-selling author Wendy Vella’s passion for romance novels has grown stronger with every new release. She has multiple ideas running through her head at all times, and loves writing strong heroes and feisty heroines. Humor is her trademark, and mix that with sensuality and intrigue and you have a book that will keep you turning the page until the end.

Beverley Oakley was seventeen when she bundled up her first 500+ page romance and sent it to a publisher. But drowning her heroine on the last page was not in line with the expectations of romance readers so Beverley became a journalist. Since 2009, Beverley has published more than thirteen sizzling historical romances, filled with mystery and intrigue, mostly set in England during the Georgian, Regency and Victoria eras, under the name Beverley Oakley.

Beverley lives near Melbourne opposite a picturesque nineteenth century insane asylum with the handsome Norwegian bush pilot she met while running a safari lodge in Botswana, their two beautiful daughters and a rambunctious Rhodesian Ridgeback the size of a pony. She also writes psychological historicals, and Colonial-Africa- set romantic adventures, as Beverley Eikli. 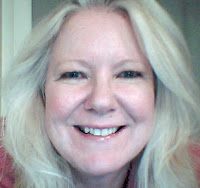 Donna Cummings has worked as an attorney, a winery tasting room manager, and a retail business owner, but nothing beats the thrill of writing humorously-ever-after romance.

She resides in New England but fantasizes about spending the rest of her days in a tropical locale, wearing flip flops year-round, or in Regency London, scandalizing the ton.