Rosemary will be awarding a $20 Amazon or B/N GC to a randomly drawn winner via rafflecopter during the tour.. Please visit GoddessFish.com to follow the tour, remember the more you comment better your chances on winning. 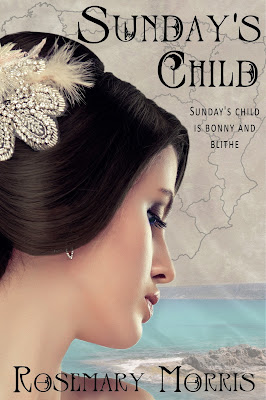 Georgianne Whitley’s beloved father and brothers died in the war against Napoleon Bonaparte. While she is grieving for them, she must deal with her unpredictable mother’s sorrow, and her younger sisters’ situation caused by it.

Georgianne’s problems increase when the arrogant, wealthy but elderly Earl of Pennington, proposes marriage to her for the sole purpose of being provided with an heir. At first she is tempted by his proposal, but something is not quite right about him. She rejects him not suspecting it will lead to unwelcome repercussions.

Pennington inclined his head. “Good day to you.”

Major Tarrant smiled at Georgianne. “What is wrong?” He led her to a sofa on the far side of the room.

Still amazed at the earl’s proposal she sank onto the soft upholstery.

The major smiled and seated himself next to her. “My dear Georgianne—I may call you Georgianne may I not, because although we have not seen each other for a long time, I knew you in the nursery. Allow me to offer you my condolences, this time in person. Your father and brothers were brave, loved by their fellow officers, respected by their men.”

Involuntary tears filled her eyes in response to the memory of the kind letter of condolence Major Tarrant had sent to her as well as the one he sent to her mother. Her eyes swollen with tears, Georgianne had laid it with her other treasures in an oblong, ebony box.

“Thank you. You are so kind. Now, lest sad memories overcome me, please tell me how you are.”

“As fit as any one of the fleas with which I bivouacked on countless occasions.”

Georgianne giggled. “You are droll, major. May I say I know how happy your safe return makes Sarah? The rest of your family must be overjoyed.”

Although he grinned, she noticed a trace of sadness, or was it wariness, in his eyes. She could not decide.

“My wounded leg has healed, but my step-mamma’s solicitude overwhelmed me, so I made up my mind to call on an old and much respected acquaintance, your guardian, Colonel Walton, before leaving the district. Afterward, I decided to visit Sarah before proceeding to London. I am glad I did so, for we have met again.”

I write historical fiction, so I am fortunate to be only a 20 minute train journey from London, which offers so many possibilities for research about times past. So many things spark my imagination. During the last two years I took an open tour bus ride around London. Amongst the sky scrapers and modern buildings Old London can be discovered, including the street which J.K.Rowling used as a model for Diagon Alley in her Harry Potter series.

For as long as I can remember, I enjoyed studying history, reading historical non-fiction, historical fiction and its sub-genres. I enjoy novels in which the characters’ behaviour is appropriate for the era in which they lived.

The more I read the more fascinated I become, and the more aware of the gulf between historical periods and my own. Our ancestors shared the same emotions as we do, but their attitudes and way of life were different to ours. One of the most striking examples is the position of women and children in society in bygone ages.

I don’t think it is possible for a novelist to be 100% accurate about life in former ages. However, the characters in my novels are of their time, not ones dressed in costume who behave like 21st century women. Of course, it is almost impossible to completely understand our ancestors, but through extensive research I ensure my characters observe the social etiquette of their lives and times.

My previously published novels, set in the early 18th century and in the ever popular Regency era, and my previously unpublished historical fiction will be published by Books We Love as e-book editions and paper books.
Social Links:
Website Goodreads Blog Facebook Twitter