Amy will be awarding a $20 Amazon or B/N GC to a randomly drawn winner via rafflecopter during the tour.  Please visit GoddessFish.com to follow the tour, remember the more you comment better your chances on winning. 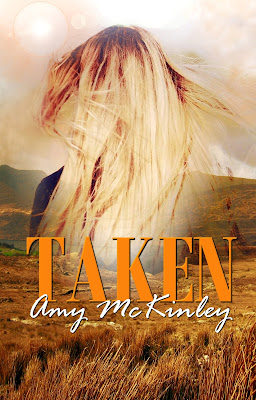 Forged through a childhood trauma and cursed by the Fates, Layla vows never to be at another’s mercy. With determination and training she evolves into a deadly weapon and quiets her inner demons—until the prophecy activates, shattering her peace. The gods who want her dead converge and the hunt to end her life truly begins. The skills that Layla honed for protection become an unconscious tool for death and destruction, threatening not only the gods but her family.
Entrenched in clan turmoil, Thaull’s life hangs at a precipice. He’s faced with a condition known only to his kind, the soul-divide. If not dealt with, his soul will rip in half and he will turn into an unstoppable, ice-cold killing machine. As he hunts the traitor within his Phantom Warrior clan he worsens. A fragile thread of hope remains. The love of a female, freely given, can save him. Through a premonition of an alluring demigoddess, he gambles his very existence in the chance she will be his salvation. ‬‬‬‬ She will go dark from her curse. He will go numb from his. To survive, Layla must risk trusting another or become another.‬‬‬

Sunlight sliced into Layla’s eyes the moment she cracked them open. An impending threat itched along her skin. Outside, mostly naked and vulnerable, she jackknifed to a sitting position. Darkness roared to life. No! She’d dropped her guard. Out of the corner of her eye, she just managed to register Thaull lunge for her before her vision faded.

It was different this time...the reemerging. She took stock of her shaking limbs, the hand clamped onto her wrist, and the deep rumble of displeasure rattling in a male’s chest as reality seeped into her consciousness.

Her free hand grasped for her knife, her senses expanding, filling. Thaull. She knew his smell, and from last night, his name. Oh gods... What had she done?

Terrified to see the condemnation in his eyes, or worse, the pall of death filling them by her hand, she slowly turned. Transfixed by the splattered blood covering his bare chest, she followed the trail up his neck until her gaze landed on his face. His raw carnality hit her like a blast of heat. Was he always this way? His calculating eyes narrowed, observing her every move.

Unsure what to say to him, she cleared her throat. “Get out” hardly seemed appropriate.

Before she could speak, he was on her. His mouth forced hers open, his tongue filling her, fighting for space. He kissed the breath from her, and she was glad for it.

With his hand fisted in her hair, he tugged her head back, staring with an unfathomable look that pierced the depths of her soul. She stood, plastered against him, because he willed it. What just happened?

Q & A with Amy McKinley

What books/authors have influenced your writing?
I’d have to say Karen Marie Moning, Kresley Cole, Gena Showalter, and Kinley MacGregor. Working backwards, I fell in love with MacGregor’s novel, Born in Sin, and have read it many times. Her hero’s strength draws me every time. Gena Showalter’s Lord’s of the Underworld has a blend of mythology, danger, and romance that I can really get behind. Kresley Cole’s Immortals After Dark Series are books I can’t wait to read. My favorite is Demon after Dark. I fell in love with Moning’s Highland Series and then moved on to her Fever Series. Barrons and Mac had me captivated from the very start. Need I say more there? ;)

Tell us something you hate doing. Why?
Only one thing? Hmm, let’s go with weeding. Humidify, sunburn, dirt, and bugs do not rank high on my list. I’m sure there are many others I’d rather not do, that’s just the first that popped into my mind, probably because it needs to be done right now. Hmm, who can be my victim, I mean helper, who lives in my house? Bwhahahaha. (Of course, when this needs to be done they’re all mysteriously busy or gone (including myself).)

Share a funny incident in your life.
Oh, I’m sure there are a lot. Here is one that shows my immense skill when I was in my twenty’s. I was rollerblading with a friend and gaining speed. Going fast was never a problem. Stopping was. When the intersection came way faster than I anticipated I couldn’t figure out how to slow down correctly and the streetlight became my lifeline. Unfortunately, with the momentum I had going I swung around the stoplight, my hands tore off it, and I launched into the street flat on my stomach. Airborne, of course. Thankfully the cars were stopped. I think they weren’t moving because of a red light, but it could have been the reckless girl and their combination of laughter and horror. Whatever the case was, the door of the vehicle I was laying on the street in front of opened and a man got out to ask if I needed help, despite my friend’s assistance. Of course I landed right in front of an ambulance! That was the end of my rollerblading adventures.

What's your pet peeve?
My pet peeves are people eating with their mouth open or loud noises from chewing.

When you are in writer mode, music or no music? If music, do you have a playlist?
Definitely music! It helps to block out distractions so I can focus. That gives me the freedom to work anywhere I want, within reason and comfort of course.


I do have a playlist, which I’m now starting to label by book. Music helps to drown out noise and lets me get into my head, where the story lives and breathes, until it’s fully written. That way, I can try to shut out the world around me and focus to write even while I’m in the dentist waiting room, my car is being worked on, or wherever I am. It doesn’t always work, but there are times it’s the best travel office I could hope for.

Who was your favorite hero/heroine?
As a kid it was Wonder Woman. Sometime in the mix I remember Isis being in the running but for the life of me I cannot remember at what age or who won the title.

My favorite heroes are the ones with a dangerous streak in them that do the right thing, despite the odds stacked against them. Kinley MacGregor’s Born in Sin is a great example and a hero I definitely like.

Have you ever had one character you wanted to go one way with but after the book was done the character was totally different?
I think this tends to happen often and it’s actually a lot of fun. I just finished writing a book where part of the plot shifted, changing how the character reacted. I liked it better afterward. I’d like to share, but… 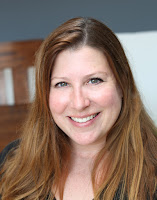 Amy McKinley is a freelance writer and author of the Five Fates Series. She lives in Illinois with her husband, their four talented teenagers, and three mischievous cats. You can find her at www.amymckinley.com