EskieMama Reads Sunday Spotlight w/Giveaway: Be First or Be Dead by Nik Krasno 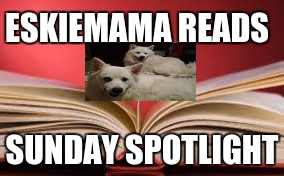 Welcome to EskieMama Reads Sunday Spotlight!
Today we are spotlighting Nik Krasno's
Be First or Be Dead

Enter to win 1 of 2  .mobi copies of Be First or Be Dead from Nik Krasno. 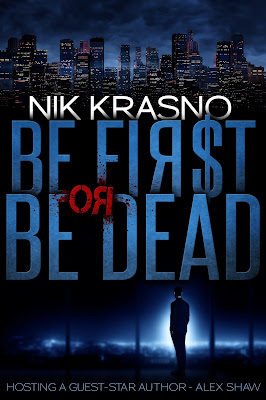 Michael, a successful businessman with a turbulent past, is probably having the best time of his life, when everything around him starts to crumble - first his country, second - his business.
Involuntary, he finds himself entangled in the most dangerous predicament, where stakes are too high and there is no way to survive unless you prevail.
Not for weak hearts or gentle souls!

Q & A with Nik Krasno about Be First or Be Dead!

Tell us about BE FIRST OR BE DEAD.

The recent book is the 3-d installment. It’s pretty much a standalone, but I’d rather offer an overview of the entire series.

When Misha's father is prosecuted everything changes. Wealth becomes poverty. Luxury becomes survival. But Misha (Mikhail) vows it's not for long.

He climbs the ladder by any means. They are not important, the purpose is: to become rich. Very rich. The richest... Is he a mobster, a businessman or a swindler? Even he himself isn't sure.

Power, wealth and status aren't the only things Misha has accumulated - he has made just as many deadly enemies as his riches along the way.

Find out how far up he goes and what plot he's dragged into.

I think historical fiction, thriller, noir and drama are all applicable.

It’s about the big bang of the USSR, big biz, and certainly - big balls.

What initially inspired you to write this book?
The book is a natural follow-up to the previous two. However with Be First or Be Dead I’m going over the top with everything: the concept, the scenes, the delivery and I hope the readers will connect with it.

Initially, I thought that rapid enrichment of Eastern European billionaires and the way it was done, should form an interesting and exotic ambience and plot-line for a high-voltage thriller, which we (together with a co-author on the first book) devised.

Tell us little about the characters in this book.
Misha, a billionaire and oligarch, remains in the capacity of the protagonist is left no choice but to confront a formidable cabal, which enjoys much of world’s economic resources and political power. His usual gang of associates is by his side in the beginning, but hardly all can survive the showdown.

I must mention that I’m proud to have an insuperable Aidan Snow as a guest-star character in the book thanks to a British author - Alex Shaw.

What was the hardest part of writing this book?
I believe there is a fine line between ‘cool’ and ‘grotesque’ on the one and something ‘unbelievable’ or even ‘silly’ on the other side of the scale. Coming close to the extreme, I found it especially delicate to stay on the right side of the line and to offer readers decent (although hard-core) entertainment combined with some perspective on ultrahigh biz.

What was your favorite chapter (or part) to write and why?
Maybe Ibiza and Cancun parts, because they offer pure mischief without the violence. I disapprove of the lifestyle, but I’ve enjoyed imagining and describing the debauchery -:)

What are your future project(s)?
I’m working on a short story, not connected with the oligarchs, to maybe make it perma free, so the readers would have a free fair glimpse on the writing style. There are some thoughts about more distant things, but it’s too early to call them ‘projects’.

?I’d actually appreciate the readers tell me their thoughts about the book and the series after reading them -:)

Now an exciting excerpt from Be First or Be Dead!

It was a fat line. Third for this evening. Damn, what a good feeling! I enjoyed the instant numbness spreading through my face as a pleasant side-effect.

Am I getting close to an overdose? I thought, wiping my nose with the back of my hand.

I hadn't done coke for years. It would be a pity to die or fall into another coma just when I started to enjoy reaching the top of the economic heap. They say coke makes you a god. That's true, I’m an alpha male, I’m a god! And I'm also too fucked up to be coming up with such ideas. I smiled. If I wasn't high I would probably worry about my current state, but now I just enjoyed the evening. How could anyone not enjoy it? I was at Pacha—Ibiza's best nightclub—on coke, with good friends, and endless opportunities to lay a goddess or two as the night unfolded


Nik Krasno left crumbling Soviet Empire in 1991 and immigrated to Israel, where he became a lawyer.
Returning to now independent Ukraine in the late nineties as an Israeli citizen, Nik established with partners an international law firm and managed it during its first years.
During a long period Nik had been sharing his time between family in Israel and work and business mostly in former USSR countries.
Settled in one place for some years now, Nik currently works as an independent legal practitioner under his real name. As 'Nik Krasno' he writes books of debatable content -:).