Bernadette will be awarding a $20 Amazon or B/N GC to a randomly drawn winner via rafflecopter during the tour.  Please visit GoddessFish.com to follow the tour, remember the more you comment better your chances on winning. 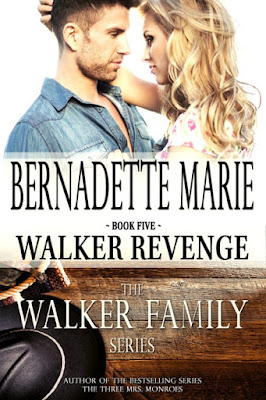 Russell Walker’s life was spared when his truck veered off the road and flipped. When he wakes after surgery, he can only assume the medicines are making him see things, because the woman he loved—who broke his heart—is taking his vitals.
Chelsea Quinn has spent the past four years keeping clear of Russell Walker after she married another man and had a baby. Now she is thrust back into his life as his caretaker, and living with his family when her ex-husband is let out of prison.
Some heartbreaks are too severe to recover from, and Russell is fighting every feeling he has as not to get his heart broken again. But sometimes the pull of love is just too strong, especially when the lives of those you love are threatened, and someone is looking for revenge.

Russell reached for her and she quickly glanced out the window used for observation. “What can I do for you, Mr. Walker?”

“I have rounds to make. I can’t spend any time in here talking. If you’d be more comfortable, I could ask to be transferred to another unit.”

His world was fuzzy again, but he wasn’t done. “No, I don’t want that at all. I owe you an apology. I want to give that to you.”

“Russ, I hate to see you in here like this, but something tells me you deserved it.”

“That’s a horrible thing to say.”

She gave him a grunt. “You got in a fight at a bar before you flipped your truck because you’d been drinking.”

“I wasn’t drunk,” he defended.

“Maybe not, but your mouth was getting you in trouble, which says to me, nothing has changed.” She tucked one of those loose strands of blonde hair behind her ear, a sign that she was nervous. “If you’re sincere about talking, I’ll come back when my shift is over.”

“I’d like that,” he said, but his tongue felt as though it filled his mouth and didn’t sound right. “I’m sorry,” he said slurring his words.

“They gave you something to manage your pain. You will probably sleep a lot.”

His eye lids grew heavy again, but he forced them back open. “I love you, Chelsea,” he managed before he couldn’t open them again.

Q & A with Bernadette Marie

What books/authors have influenced your writing?
THE THORN BIRDS, and anything by Sidney Sheldon started me writing. But it was when I picked up a Nora Roberts book that the flow of words clicked with me.

Confronting people when you have a problem with them. I don’t like how it makes me feel.

When you are in writer mode, music or no music? If music, do you have a playlist?
I do not play music when I write. I’m so focused I never think about it. But country music is my muse.

Have you ever had one character you wanted to go one way with but after the book was done the character was totally different?
Adam in the Three Mrs. Monroes. Through the whole process he was supposed to be this vicious person, but when I was done, he was nearly the victim 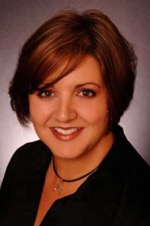 Bestselling Author Bernadette Marie is known for building families readers want to be part of. Her series The Keller Family has graced bestseller charts since its release in 2011, along with her other series and single title books. The married mother of five sons promises Happily Ever After always…and says she can write it, because she lives it.

When not writing, Bernadette Marie is shuffling her sons to their many events—mostly hockey—and enjoying the beautiful views of the Colorado Rocky Mountains from her front step. She is also an accomplished martial artist with a second degree black belt in Tang Soo Do.

A chronic entrepreneur, Bernadette Marie opened her own publishing house in 2011, 5 Prince Publishing, so that she could publish the books she liked to write and help make the dreams of other aspiring authors come true too. Bernadette Marie is also the CEO of Illumination Author Events.