The authors will be awarding digital copies of all the books featured to a randomly drawn winner via rafflecopter during the tour. Please visit GoddessFish.com to follow the tour, remember the more you comment better your chances on winning. 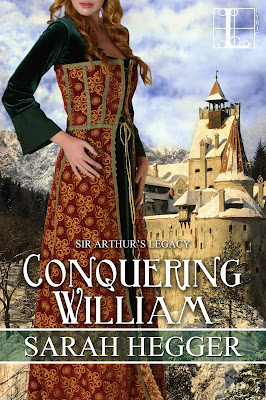 He married for convenience, but William of Anglesea had hoped for more than piety from his new bride. Raised in a convent and thrice widowed, prim Lady Alice of Tarnwych seems like an innocent when it comes to the marriage bed—except for the tentative passion he senses in her touch, and sees in her eyes. It seems the bold knight has a new challenge in alluring Alice. But will seducing his intriguing wife lead to his downfall?

Everything about charming, free-spirited William defies the cloistered world Lady Alice comes from. Duty brings her to their bed—and a long-held hope for a child. Yet after three indifferent husbands, the desire William shows her awakens her own. Little did Alice expect the powerful feelings he would inspire, emotions that make her ready to abandon her rigid beliefs, and the only family she’s ever known—when William’s life is on the line….

Thank God, the fire had taken the worst of the chill. Alice had left plenty of space on the other side of the bed, and he climbed up beside her.

A soft noise escaped her, and she went even more rigid.

Dear God, give him patience. Even his large conceit felt dented. He lay on his side, propping his head on his hand. She had a neat profile with a slight upward tilt at the end of her nose. Pale, thick lashes fluttered as she stared upwards. Not a pretty face, but her pleasant features bore a faerie- like charm. A gleaming, thick braid lay against the white pillow.

William took the braid between his thumb and forefinger. Glorious, rich copper and the weight of the braid in his hand told him of its length and thickness. The ends curled around the tie holding it confined. “Your hair is red.”

“Aye.” The delicate line of her jaw hardened. “And very lovely, it would seem.”

“Red hair is the devil’s hair,” she said.

The vehemence of her statement startled him. William knew many women who would lay down theirlives for such beauty. “I beg your pardon.” She growled and, finally, looked at him. The anger on her face left him wrong footed. “Red hair is the mark of a foul temper. Foul temper is the

playground of the devil.”

God’s Bones, who had he married? So meek and silent beside him at dinner, cold as death lying in wait for him in their bed, and now glaring at him as if he were a hound of hell. “I think it is beautiful.”

She rolled her eyes on a huff. “My lord, there is no need for pretty words betwixt us. I am neither beautiful nor charming, but I am your wife. As such, we will lie together for the purpose of begetting a child. Can we please get to that part?” 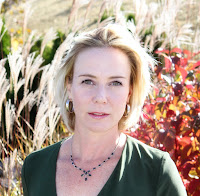 Born British and raised in South Africa, Sarah Hegger suffers from an incurable case of wanderlust. Her match? A Canadian engineer, whose marriage proposal she accepted six short weeks after they first met. Together they’ve made homes in seven different cities across three different continents (and back again once or twice). If only it made her multilingual, but the best she can manage is idiosyncratic English, fluent Afrikaans, conversant Russian, pigeon Portuguese, even worse Zulu and enough French to get herself into trouble. Mimicking her globetrotting adventures, Sarah’s career path began as a gainfully employed actress, drifted into public relations, settled a moment in advertising, and eventually took root in the fertile soil of her first love, writing. She also moonlights as a wife and mother. She currently lives in Colorado with her teenage daughters, two Golden Retrievers and aforementioned husband. Part footloose buccaneer, part quixotic observer of life, Sarah’s restless heart is most content when reading or writing books.SarahHegger.com.