Celebrate the release of Mind Mates by Mary Hughes!

When a powerful wizard prince comes out of hiding to save his sister in Mary Hughes’ newest paranormal romance, MIND MATES, he is forced to team with a pretty shifter—one with ugly, dangerous powers of her own. As vengeful enemies close in, a forbidden attraction flaming between them, the two race to find a mysterious key. MIND MATES will enthrall fans of ALL KITTEN ASIDE by Milly Taiden or WARLOCK UNBOUND by Dana Marie Bell, who love hot wizard princes and good-girl shifters with a naughty side.

Follow the tour and enter to win great prizes! 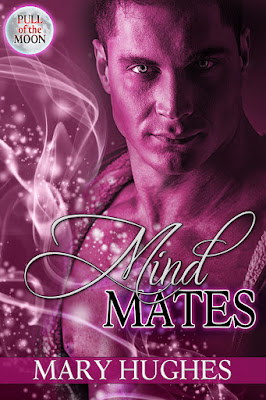 Pretty little shifter, wizard prince—their taboo love could burn the barriers between worlds.
Shifter Emma Singer has more problems than she can shake her pretty little wolf tail at. Her heirloom journal is missing, her pack alpha wants her for his harem, and her family plans to sell her to him. Even her wicked little crush on her hot boss is doomed—why would six-and-a-half feet of handsome royal wizard want a boring, good-girl iota shifter like her? Not to mention her only power is going berserker—that's a real relation-shipwreck!
Gabriel Light is a wizard prince who turned his back on his exceptional powers after he was accused of causing his parents' death. Now he pours his intellect into his tech business, and hides his naughty, forbidden lust for his pretty shifter clerk. But when his sister is imprisoned, and Emma is kidnapped, it's time for this alpha geek-wizard to decloak with all laser cannons blazing. Only one problem—how can he be sure Emma won’t get caught in the crossfire?
Then Gabriel and Emma stumble on hidden magic, a key to power beyond imagining—if they can stay alive long enough to use it. But if Emma unleashes her berserker wolf on their enemies, can Gabriel draw her back from the brink before she destroys everyone in her path?
Warning: Contains a hot wizard prince panting to bring out a good-girl shifter's naughty side. Accidental voyeurism, deliberate orgasms, a jealous rival wizard, and fun with prophecy.

Owner of the Choice Buy store in Michigan, wizard prince Gabriel Light sees his employee, wolf shifter Emma Singer, fall off a tall ladder. He’s just managed to catch her and set her on her feet when her angry pack alpha shows up.
Bzz-bzzt. A buzz like an angry hornet stung wizard prince Gabriel Light’s ears the moment the predator slunk into the store.
Cap’n Crunch me. Gabriel had magically alarmed the door for just such an event, but why now, when he’d finally gotten a semi-innocent excuse to wrap his arms around this warm bundle of soft, sweet-smelling heaven?
Emma. It felt like he’d been dying to hold her forever. Now, with her in his arms, was the first time in months he could breathe.
But that buzzing alarm told him the approaching beast was male, a wolf shifter, and, from that level of sting, Emma’s alpha. The beast was not going to appreciate seeing her in another man’s arms.
She started trembling, no doubt in response to the alpha’s rampant fight-club stench, a musk even Gabriel could smell. He tried to ease her tension with a joke.
“Hey, Emma. How many tickles does it take to make an octopus laugh?”
She skewered him with a disbelieving stare, icing his flesh. He’d blundered, she didn’t understand he was trying to comfort her, nobody gets my skewed sense of humor… Then she gulped and said, “Eight? Like, um, eight legs?”
Immediately his world brightened. “Nope. Ten tickles. Get it? Tentacles?”
She managed a tiny laugh, tinkling bells to his ears, and her body relaxed slightly under his arms. “That was such a dad joke.”
He loved that she, of all the people he knew, actually laughed at his jokes. He smiled into her eyes like a besotted fool.
Of course, that was when the he-wolf prowled into view.
Gabriel wondered how far he could get with the wolf by protesting his intentions were honorable. Probably not far. The creature was only barely in human form.
The wolfman was medium height but had a face like a dented shovel and a body like a trash compactor, his muscles-on-muscles popping in a stringy T-shirt that barely qualified past no-shirt-no-shoes-no-service.
Worse, with the hair sprouting everywhere, nose elongating like a snout, and lengthening canines, this alpha was dangerously pissed.
Hard to reason with a pissed-off wolf. They tended to bite first then ask questions…never.
Yet instead of releasing Emma, Gabriel’s hand dropped from her clenched jaw to open protectively on her back.
“The fuck?” the wolfman snarled.
Something inside Gabriel snarled right back. 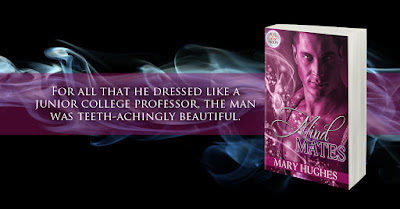 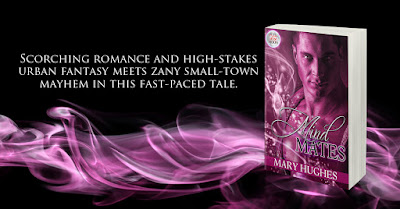 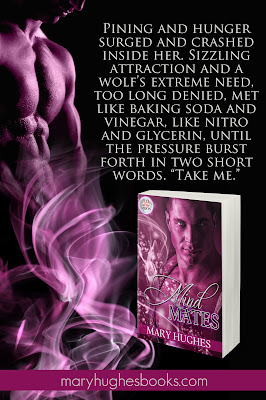 About Mary Hughes:
As a girl, Mary Hughes spun romantic, happily-ever-after stories to get to sleep. A husband, family, two degrees and a blackbelt later, she's delighted to spin them for readers.
She's lived with love and loss, in bright times and dark, and learned we can all use a break from reality every now and then.
So join her for action, sparkling wit and red-hot love. Strong men. Stronger women.