Enter to Win a Love Between the Bases Prize Pack! 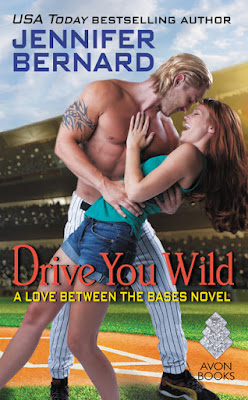 Kilby Catfish left-fielder Trevor Stark is a ballpark legend. With his good looks, hitting records, and played-for-the-fans arrogance, Trevor makes women lose their minds and men lose their cool. But every time the major league team comes calling, Trevor purposely keeps himself in the tiny Texas town. Why is heart-tuggingly top secret. Until the team owner’s daughter comes to Kilby . . . trying everything up her sexy sleeve to make Trevor talk.

Divorced and disillusioned at twenty-four, Paige Mattingly Austin Taylor is suddenly starting fresh as an intern at Catfish Stadium. She should want nothing to do with the sinfully hot ballplayer her dad warned her to stay away from. But when she discovers what Trevor is hiding from everyone, she realizes there’s much more to him than his face and multi-million-dollar arm. There’s a heart she seriously hopes to win.

“Are you afraid of the mighty Crush Taylor?” She took another step closer. “He’s not as bad as he seems, you know.”
“I’m not afraid of him.” He placed his hands on her shoulders to keep her from coming any closer. Her warmth carried into his skin, into his being, as if it was igniting him from within.
“And I’m not afraid of you.” She ducked underneath his hands in a quick move right out of the NBA. He took a step back and his calves hit the bench situated next to the lockers. She reached out in apology and suddenly they were right smack against each other, chest-to-chest.
Fire flashed down his spine, hot and urgent. He hauled her against him—oh, sweet Lord, she felt good. Soft and firm and shapely and alive and fresh and . . . then her mouth was under his, her lips parting, her breath warm, her flesh lush and sweet. It wasn’t a kiss so much as a head rush.
~~
Paige posted the first series of “Baseball’s Hottest Outfield” photos on the team’s Facebook page the next day. A few hours later a thousand people had clicked Like. Not only that, but the viewership of the page soared. It was shared all over the Internet, on Pinterest, on Twitter, on Instagram. It wasn’t just that the three men were criminally gorgeous. A big part of the appeal came from their racial mix and the blend of personalities. Trevor the stone-cold badass, Dwight the dynamic charmer, and Shizuko, the soulful rock star.
Paige knew it was all a crock, of course. Trevor wasn’t stone cold, Dwight wasn’t playful all the time, and Shizuko could outcrude most of the clubhouse, and that was saying something. But once those identities became set, people loved them. They were like cartoon characters instead of real people.
At the next game, the crowd roared when the outfielders took their positions on the field. Fans held up even more signs than they normally did. From the owner’s box, Paige scanned the crowd with her binoculars and read the signs out loud to Crush.
“ ‘Kilby Hearts Baseball’s Hottest Outfield.’ Thank you very much, we heart you too! ‘We make ’em hot in Kilby, Texas.’ That might be taking a little too much credit. None of them are from here.”

Q & A with Jennifer Bernard

Tell us about yourself.
I live in Homer, Alaska, which I’m proud to say is the Halibut Fishing Capital of the World. Yay! Right now we have nearly 24 hour daylight so I’m a little wired. (Summer solstice is coming up soon.) I write contemporary romance that has been described as “steamy and irresistible” with “quick wit” and “sizzling love scenes.” My first two series were about firemen and baseball players. I live with my husband and two stepdaughters on the edge of pristine wilderness, fortunately just within reach of cell service and Internet.

What three things about you might surprise your readers?
Since I got into social media, I’m not sure I have any secrets left! It might surprise readers that I backpacked around Europe when I was 14, along with my older cousin who was only 19. (Crazy, right?) Number 2: I can split wood like nobody’s business. (A handy skill in Alaska.) Number 3: I was a Hula Hoop champion in third grade and got my picture in the paper!

Is there a genre(s) that you think “I might like to write one of those.”?
I’m obsessed with dystopian YA fiction. My step-daughter and I actually came up with an idea the other day and began plotting it out in the car. She gets first dibs, since she actually is a young adult (she’s 12.) But she asked if she could get me to write a few sentences now and then when she gets stuck. I can’t wait to get my hands on the story!

Tell us about DRIVE YOU WILD.
DRIVE YOU WILD is a baseball romance about bad boy slugger Trevor Stark, who has a reputation as a troublemaker. He falls hard for the good-girl daughter of the team owner. Paige Taylor is recovering from a humiliating divorce and is starting over as an intern at Catfish stadium. The last thing she wants to do is get involved with one of her father’s players, but Trevor Stark is too fascinating to resist. Falling for Trevor is even more dangerous than she realizes because he’s hiding something big and it’s about to turn his life upside down.

Where did the idea for the storyline come from?
Trevor has been a character in the previous Love Between the Bases series, and I have to say he’s acted like a jerk. But he always intrigued me, and I knew there was a reason why he was playing the bad boy. I wanted to dig down and unearth those reasons and work the storyline around that. Crush Taylor, the owner, has also been an important character so I knew bringing in his estranged daughter would really shake things up.

What do you think readers will like/love about Paige and Trevor?
I think readers will fall for Trevor once they see what’s driving his behavior. He is a fiercely protective good guy hiding behind an arrogant mask. Everything he does is for a very good reason, and once you understand the reason, you see what an amazing person he is. Paige is kind and compassionate and she really cares about people. She’s a loving person who has been wounded by her ex-husband, but hasn’t lost her faith in people. That’s what I love about her. She always has faith in people’s underlying goodness.

What was your favorite scene from the book?
Can I pick two? One is the scene in which Trevor storms into Crush Taylor’s office without his uniform pants on. That’s when he finds out that the girl he met the night before is, in fact, the owner’s daughter. The second scene is a showdown between Trevor and Crush, who’s a former Hall of Fame pitcher. And I can’t say any more about that without spoiling it. But it brings together so many delicious threads that I just loved it.

Who are some of your book boyfriends? What draws you to them?
Mr. Darcy is my original book boyfriend. I will also include any member of the Bonner family in Susan Elizabeth Phillips’ books. I love Alex in Lisa Kleypas’ Dream Lake. The common thread between all these book boyfriends is that I love a “tortured” hero. Someone who has suffered a blow, who has matured from it and really had to dig deep to overcome it.

If you had to pick a favorite cocktail of choice, what would it be? (It can be non-alcoholic too)
I’m going with the Mojito because it has so many of my favorite flavors. Mint, lime, sugar. Leave out the alcohol and it’s still delicious. Drinking a Mojito is the next best thing to relaxing on a beachside lounge chair. Mojito in a lounge chair? Pure bliss.


What’s next for you?
I have a new series starting in September based around a rough-and-rowdy hotshot wildfire crew that moves into a quiet tourist town called Jupiter Point in coastal California. The hero of the first book left Jupiter Point in disgrace, but now he’s back to set up the crew and prove himself. But first he’ll have to mend fences with the girl he left behind. I’m super-excited about this new series—it’s a combination of hot alpha firemen and hometown romance, with lots of fun chemistry and steamy scenes thrown in. Look for it in September of this year! 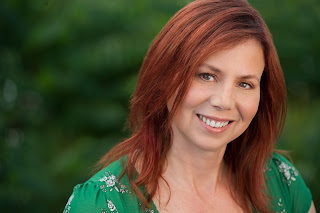