Blog Tour w/Giveaway: A Man of Honor by Miranda Liasson 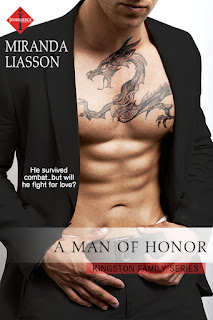 Synopsis:
He survived combat…but will he fight for love?

Former Army Captain and venture capitalist Preston Guthrie has always had a thing for Cat Kingston, but he never felt like he could date his best friend’s sister. Plus, he’s a wrong-side-of-the-tracks guy and she’s a white-picket-fence kind of woman. Yet when they met again just before he was deployed, sparks flew. A fire ignited. And the heat was hot. For the first time, he thought a relationship with her might be possible…until an injury in the war changed everything…

Journalist Cat Kingston had a rough couple of years, surviving a broken engagement and the loss of her job. But connecting with Preston last fall seemed right. They shared steamy Skype sessions while he was overseas—until he was wounded, and cut her off without explanation. Now he’s back in town to be the Best Man for her sister’s wedding…and she wants answers.

Preston’s struggling with a leg wound, but the war scarred him on the inside, too. When Cat pays him a surprise visit and her brother catches them in a compromising position, Preston tells him they’re dating. He’s not sure how he can spend the entire wedding week fake-dating her when the chemistry between them feels anything but…
Buy Links:
Amazon  Barnes & Noble  iBooks   Kobo  Amazon UK  Amazon CA 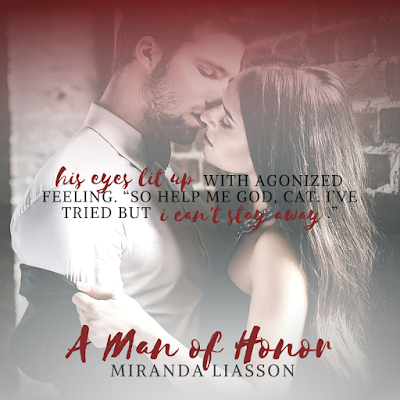 Excerpt:
He wanted her with an ache that was worse than all the physical pain he’d endured since his return. Worse than all his mental anguish, and the fears that he was not a whole man and never would be again. Wanting her was larger than that, all of it.
“Thanks for the dances, Brady,” Cat said. “But if you don’t mind, I’m going to dance with Preston now.”
“Okay,” Brady said with an exaggerated sigh. “When he has to sit down and rest, come find me.”
The bastard had the audacity to wink at Cat. As he walked off, Preston couldn’t help scowling at his parting barb. He must have done a bad job at hiding his intense dislike and the fact that he was ready to have it out with him because Cat reached up and smoothed the lines between his eyes. Her fingers were cool, and her touch made some of his tension dissipate.
Brady wasn’t worth wasting his time on. Not when he had her in his arms.
“Do you have a fever or something?” Cat asked as he took up her hand in his and curled it against his chest, pulling her close to him and wrapping his other hand around her waist. “Because you’re acting a little strange.”
He tightened his grip on her waist until he’d pulled her tight against his body, until her breasts grazed his chest and their hips made contact. He was certain—and pleased—that she could feel the evidence of how much he wanted her. Her scent—powder fresh and clean, flowery or something, made him want to inhale it—and her—in big gulps.
He shot her a long, slow grin. “Yeah. I guess I am. The only cure for whatever I’ve got is you.”
She shot him a puzzled look, but her mouth turned up in a smile. They were so close, he could feel her sigh as she surrendered to the feeling, curling in closer to him and swaying gently to the music. “I’m sorry I can’t move very much,” he said in a low voice. “I may never be able to dance again like Brady does. I can barely manage to shuffle.”
“Who says we have to move at all?” She smiled at him. Her eyes were lit up and focused solely on him, too, in that way she had that made a man want to tell her all his secrets. But now wasn’t the time.
He bent his head and kissed her. She responded by melting against him and wrapping her arms around his neck. Her lips met his, parting on a sigh, and he wasted no time in cupping his hand gently around her neck, pulling her even closer, and entwining his tongue with hers. He couldn’t get enough of her sweet taste. He pulled back just enough to speak, to tell her he was taking her to bed without passing Go, but he was interrupted by a tap on his shoulder. 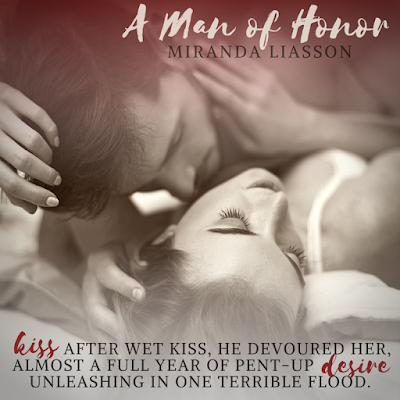 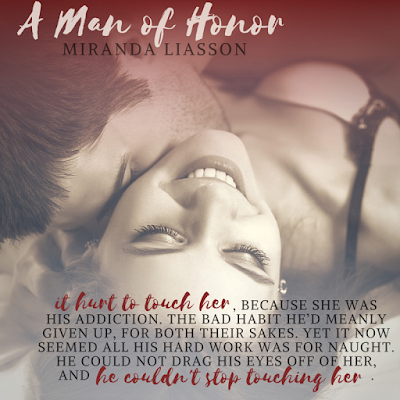 Author Bio:
Miranda Liasson loves to write stories about courageous but flawed characters who find love despite themselves, because there’s nothing like a great love story. And if there are a few laughs along the way, even better! She’s a former Golden Heart winner who writes series romance for Entangled Publishing and lighthearted contemporary romance for Montlake Publishing. She lives in the Midwest with her husband, three kids, and Posey, a rescue cat with attitude.
Social Links
Website  Blog  Twitter  Facebook  Personal FB  Goodreads  Newsletter
Pinterest   Pinterest board for Book