His lust for revenge will be his downfall…

His lust for revenge will be his downfall…

London, 1815. Eliza Somerton has a dangerous secret. As the daughter of the infamous art forger who duped half the ton, she’s rebuilt her life under a new name. But when an old forgery goes up for auction, her father’s enemy, Grayson Montgomery, outbids her and presents her with an unimaginable choice: help him find her father or he’ll ruin her.

For years, Grayson, the Earl of Huntingdon and one of London’s top art critics, has sought justice. His well-laid plans finally come to fruition when he learns of his enemy’s beautiful daughter. But Eliza possesses a sensuality and independent spirit that weakens his resolve, and as the heat between them sizzles, what started as revenge soon blossoms into something sinful… 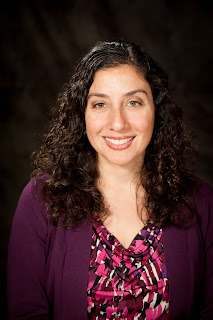 Tina Gabrielle, an award-winning author, is an attorney and former mechanical engineer whose love of reading for pleasure helped her get through years of academia. She's the author of adventurous Regency romances In The Barrister's Bed, In The Barrister's Chambers, Lady Of Scandal, and A Perfect Scandal from Kensington Books. "A Spy Unmasked" is the first book in her new Regency romance series, "In The Crown's Secret Service," and will be released from Entangled Publishing on November 10, 2014. "At The Spy's Pleasure" will be available in April 2015. Tina's books have been Barnes & Noble top picks, and her first book, Lady Of Scandal, was nominated as best first historical by Romantic Times Book Reviews.
Website | Facebook | Twitter| Goodreads