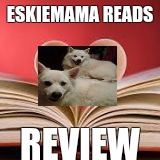 Into the Nothing
by BT Urruela 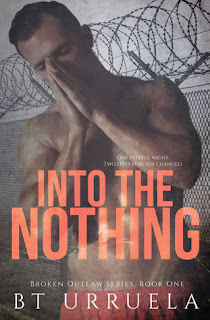 Xander Evans has been on the road for many years. Never settling. Always moving from one place to another, unable to let go of his past. He lived a tragic childhood, spending most of those years in foster care. He's never felt like he's had a home. That is until he stops in the small town of Truman Valley, Missouri, where he meets a woman who will change everything he's ever known.Paige Watson has it all. A loving family, beautiful home, and a great career. The only thing she's missing....is love. After escaping an abusive relationship, she opens her heart up to a stranger. He is unlike any man she's ever met. He came into her life and turned it completely upside down. Everything is perfect. That is, until one fateful night. A night that would tear the Watson family apart, never to be put back together again. A night that would send Xander away to prison for life.

I was not sure what to expect from this book and from the author BT Urruela, specially on his first solo book.So what to do, well obviously read the book first. Oh boy was I in for a very interesting trip, the story the characters that were created, were absolutely so real. I found it hard to put the book down, Xander Evans was so different from other characters I have read about, yet what he had gone through from childhood to adulthood would have killed a weaker man, Paige Watson her Father Jack and her Mother Teresa and Caleb her brother were like any Family that one sees or meets in real life.This is a story of a man who thinks he is not worthy of anyone, until he meets Paige and now all bets are off. Will he prove to her that he is worthy of her, will anything stand in their way.Several things did take me by surprise, things I did not event hink about, but they were well done. And Xander's time in jail, was surreal, not that I have been in his shoes and never want to, the Author did manage to portray it well.Paige's friends Brandy Ethan and so many others including the ex boyfriend Cole, were like any other you would meet throughout your life. Ah but the turns and twist The Author managed to write about were totally engaging and I would bet could happen in real life.So BT Urruela I must thank you for weaving a story that engaged and entertained me as I read your book. Well done Sir!

I received a free copy in exchange for my honest review.