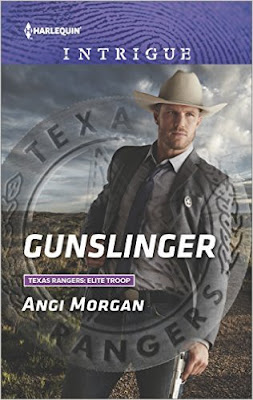 A Texas Ranger with everything to lose…

Going undercover to keep the former wife of a Texas crime boss alive is risky business for Texas Ranger Bryce Johnson. Kylie Scott may have evidence that could put her ex-husband's family away forever. If she lives long enough to testify.

For five years, Kylie managed to stay off the mob's radar. With her cover blown, the former model is forced to flee the close-knit community that had embraced her. On the run again—this time with the seductive lawman who's risking his career to protect her—Kylie battles her powerful desire for Bryce. If they survive, do they stand a snowball's chance at a future together? 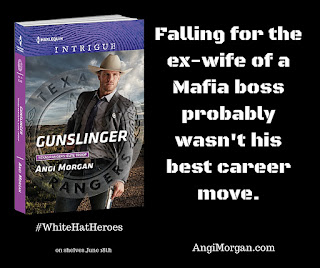 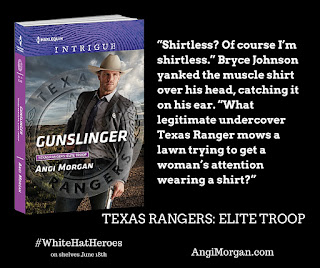 5 stars
Texas Ranger Bryce Johnson. Kylie Scott, two great characters. Bryce promised Kylie he would take care of her, protect her. And dang it if he did not.
The book had a great story line, fast paced to the point that I could not put it down, because I needed to know what would happen. Lots of action for both of them as Kylie tries to stay alive and protect her friends from her ex husband, but there are curves in the book that can throw you for a loop. All in all I loved the book. 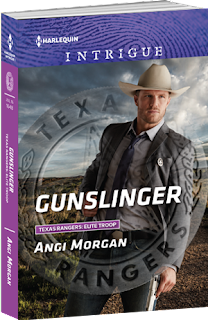 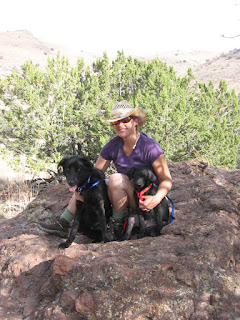 ANGI MORGAN loves her cowboy covers but if you ask her she’ll tell you she writes Texans in Texas. Her  work is a multiple contest finalist and Publisher’s Weekly best seller. She drags her dogs –and husband– around Texas for research road trips so she can write off her camera. They now have a map with highlighted roads they’ve traveled. Every detour somehow makes it into a book.