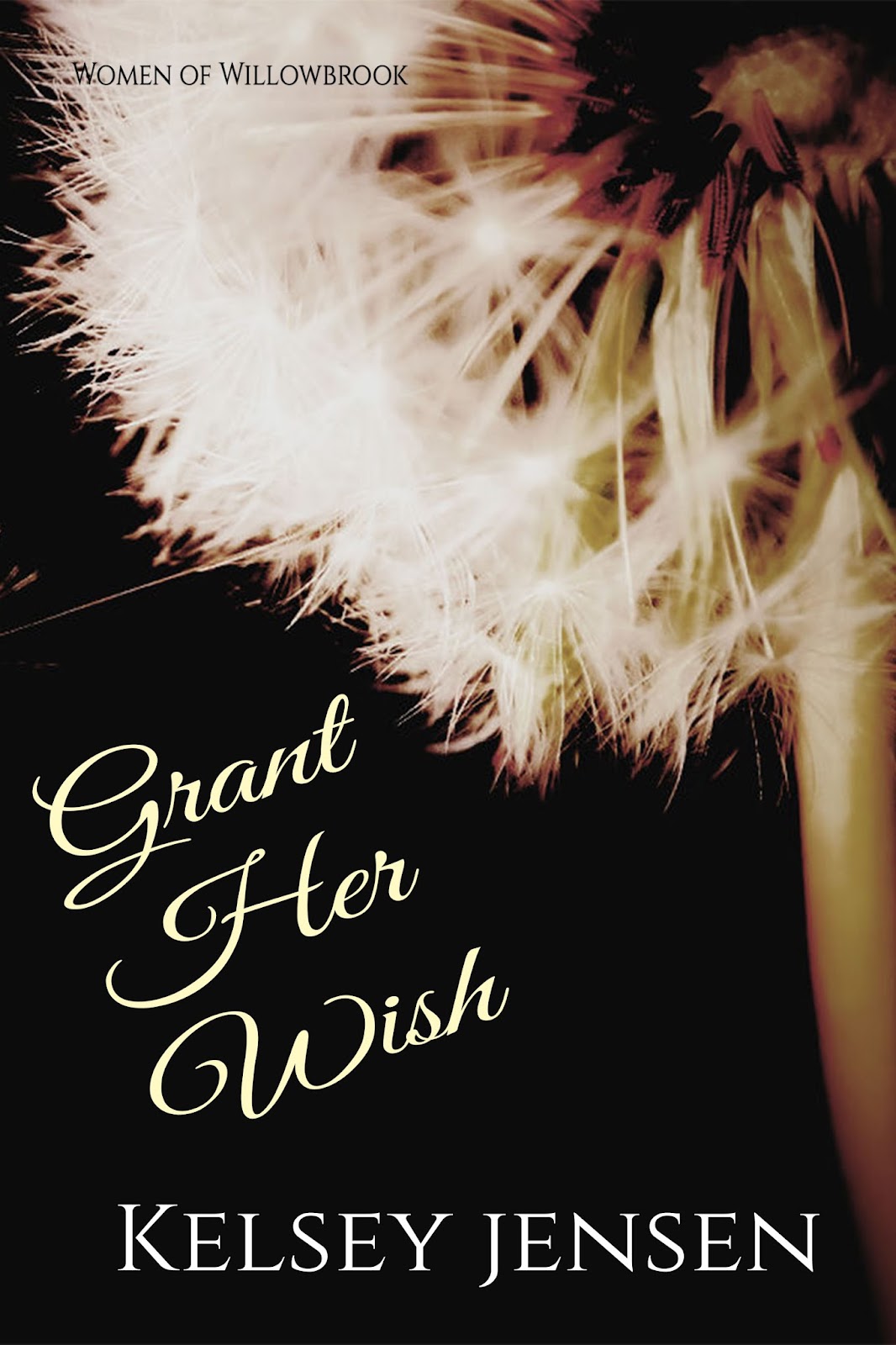 
It all started with a wish…


Evangeline Grant, or Evan as you'd know her (if you liked living), grew up surrounded by love. And because of all that love, she had one wish in life. It was loaded, but it was simple.


A wish that left her heartbroken and hopeless…


Unfortunately, years down the road, that wish was obliterated. A secret she kept hidden away, suffering alone with only her parents to comfort her in her dark times. But she wasn't the only one keeping a secret.


Until he gave her hope…


Then Mr. Tall, Dark, and F***ing Godly himself had to show up and flip the script. For the first time in years, Evan found herself with hope; all thanks to Emmanuel Silva. As they each face their demons, a decision has to be made. A decision that will change the course of not only their lives but a precious little girl's as well.


And helped her wish of happily ever after come true…

*This book contains adult content (lots and lots of swearing, inappropriate comments, drinking, and definite sexy times) and is intended for readers 18 and older*


**This is book two in a series, but each book will be a STANDALONE with a new couple. NO cliffhanger** 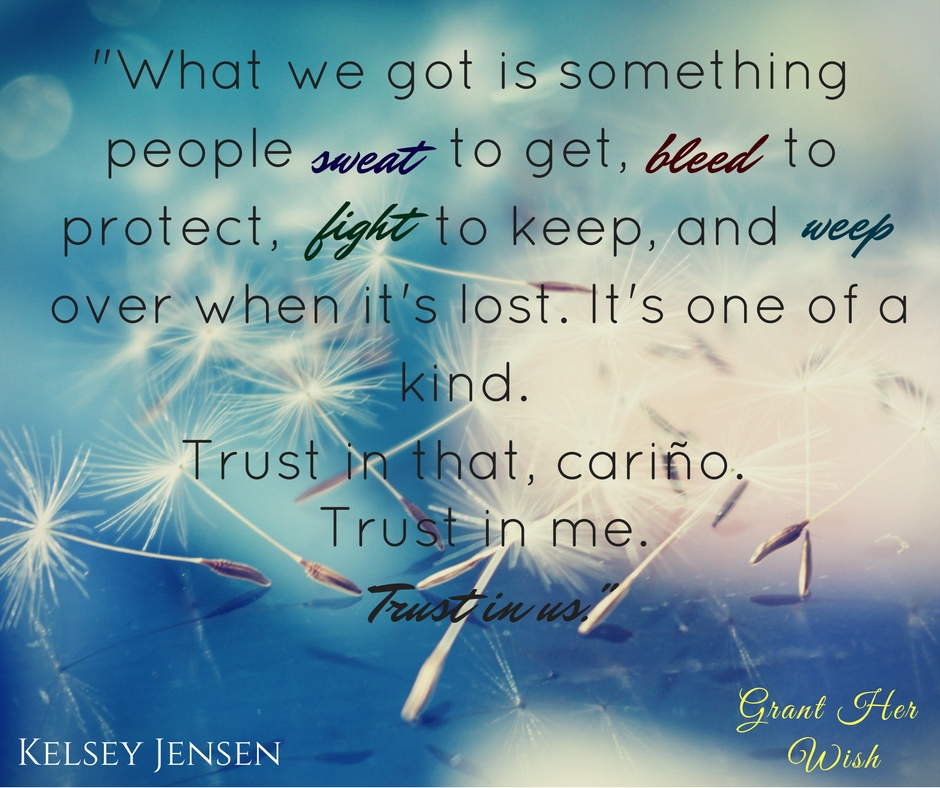 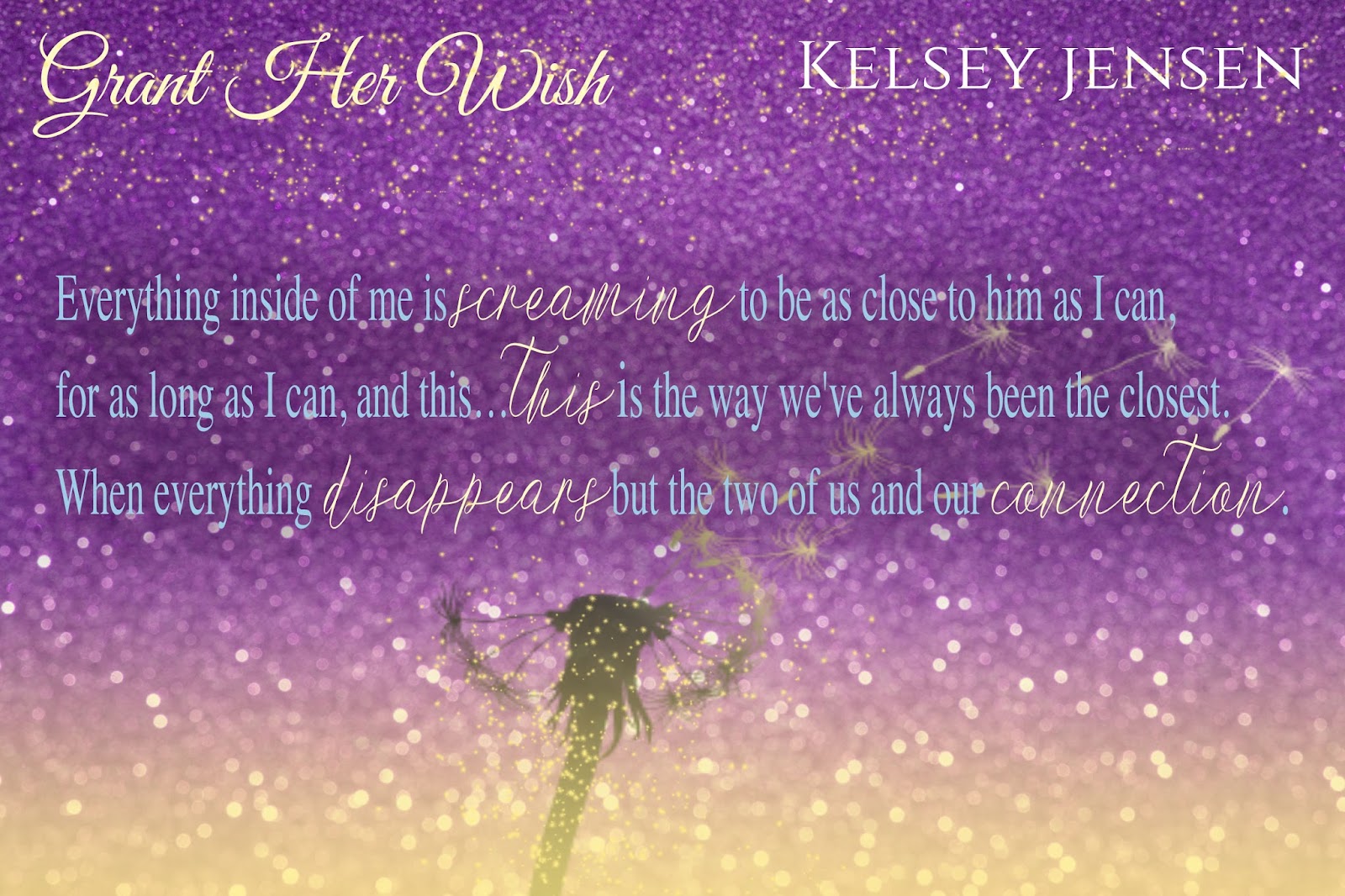 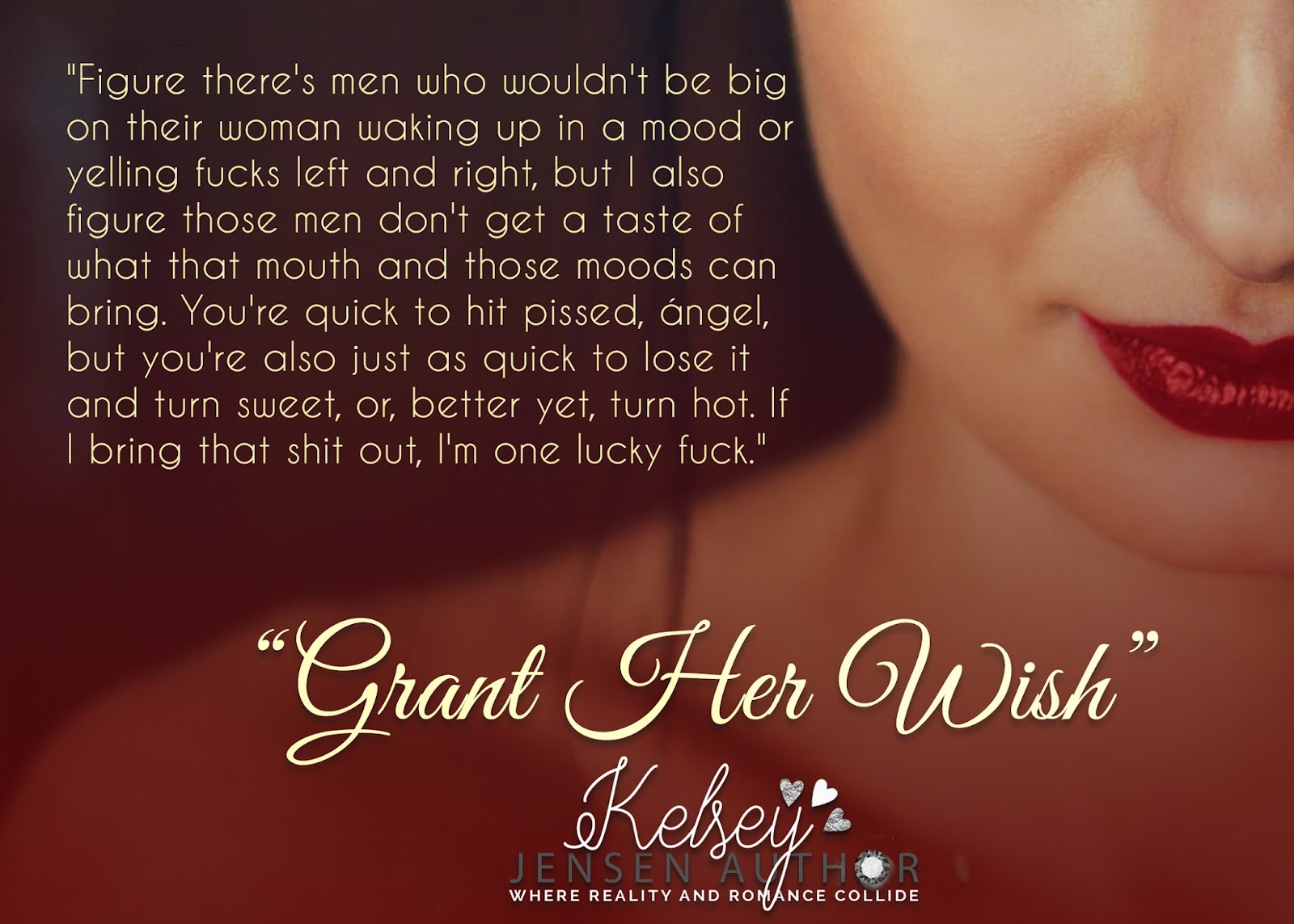 
Kelsey is a romance hoarder, a Bob Seger groupie, and a die-hard fan of all things leather, fringe, silver, classy, and full of sparkles.
She was never a writer in the normal sense, but she was always a creator of stories. From Barbie's to The Sims, Kelsey made sure they lived…interesting lives. Summer of '15, Marcus Mumford's voice crooning in her ear, a character started to speak to Kelsey and refused to let go. This character put her on a path of following a dream she never even knew she'd had until it came true.


When she's not lost in the world of Willowbrook and all its inhabitants, exploring a new planet, or finding new places to lose herself in characters, she can be found deep in the world of other authors, trying out her baking skills on her family and friends, learning--then tweaking--new recipes from the Food Network, immersing herself in good music, enjoying the California sunshine with her two fur babies, relaxing and cackling like a loon with the people close to her, or disappearing as she binge-watches seasons in a day on Netflix.
AUTHOR LINKS
Facebook | Amazon |Website |Twitter |Instagram |Goodreads | Pinterest