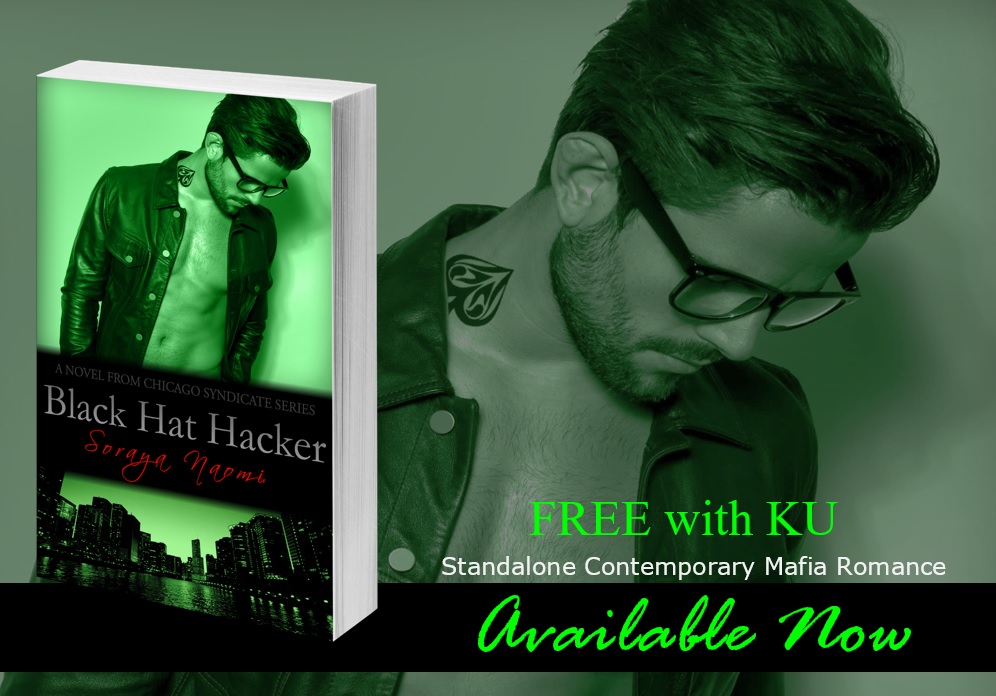 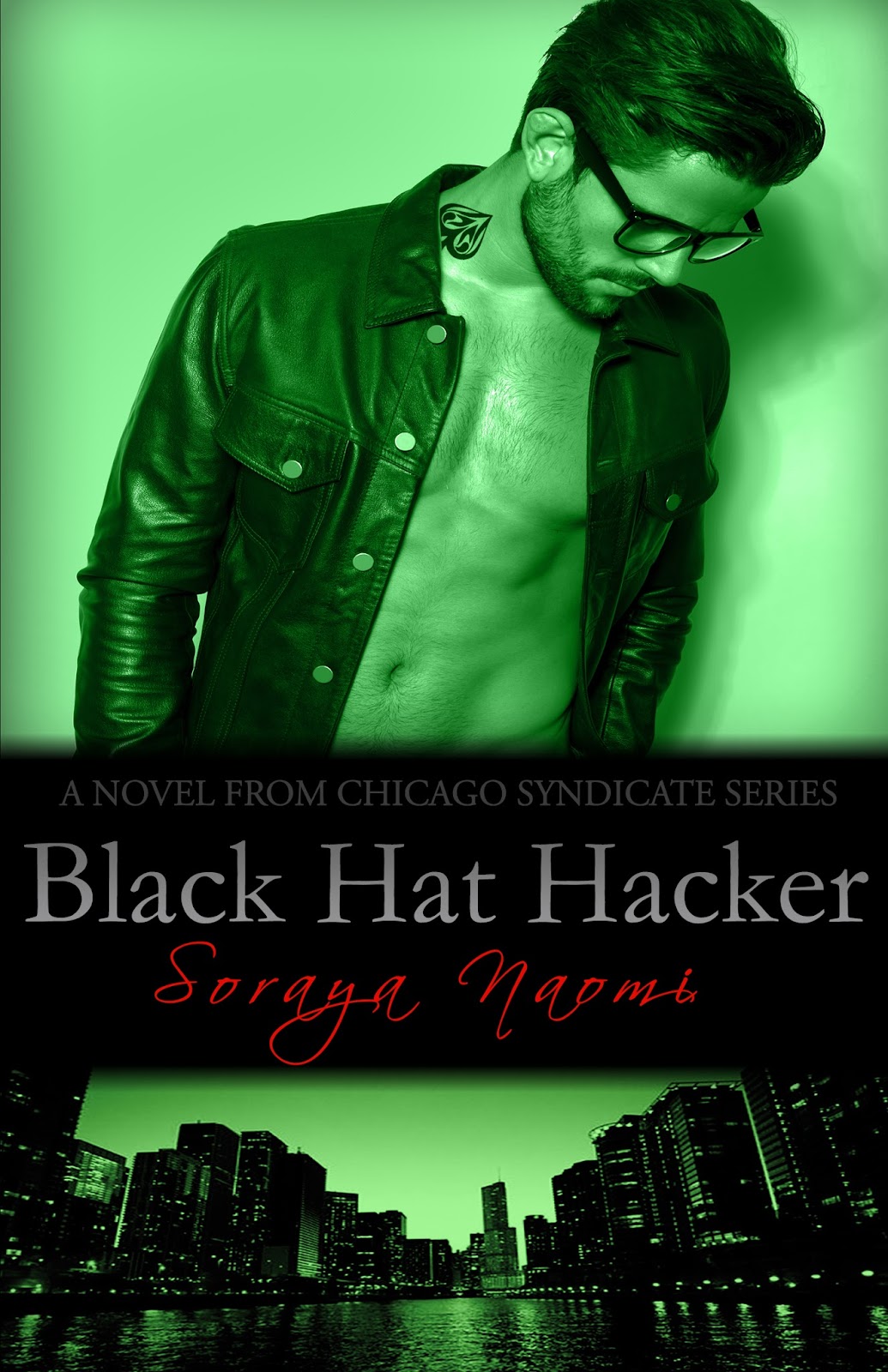 
You don’t know me.
But that’s only because I don’t want you to.


I have the most lucrative job in the country as a hacker in the notorious underworld. I’ve built entire systems and destroyed evidence for career advancement while stealing and exploiting data for personal gain.
I’m the black hat hacker for the Chicago Syndicate and hold all the dirty secrets of the most powerful men in the U.S. in the palm of my hands, just a keystroke away from mass ruination.


However, no one knows my dirty secret, a decision from my past that’s just aching to blow up in my face and shatter my future. Especially when a certain wavy haired brunette begins to demand my attention with her odd ways and her carefree attitude.


She’s a woman who makes me go against everything I’ve ever believed.
A woman whom I’m forbidden from having my usual one-night stand with, even if she was available.
A woman whom I have to keep from getting herself killed, whether she likes it or not.


You don’t know me, but neither does she…yet.


A standalone novel from the Chicago Syndicate world.


When I enter Club 7, the first thing that gets my attention is a stunning woman in a bright green blouse and tight skinny jeans that accentuate a lush, round ass. While she seductively combs her reddish-brown copper curls over one shoulder as she flirts heavily with an Italian bartender, I recognize that it’s Mary.
Although I only know her as Adriano’s little sister, I’m drawn to her tonight and stand behind her stool, planting both palms on the bar counter and caging her in, enjoying how petite she is. She’s short, but all woman. And the handful of times I’ve seen her since I initiated into her brother’s Syndicate, I’ve noticed that her smooth skin looks like it’s photoshopped.
Bending down, I whisper into her ear, “Mary, stop flirting with him before Adriano kills him.”
“Some room, please,” she chides, lifting a brow conceitedly, and my gaze strays to the beauty mark right above the corner of her plump lips.
Disregarding her statement the same way she disregarded mine, I push my chest against her back and hear her sharp intake of breath, noting that there’s something different about her today. There’s a certain sadness marring her upturned hazel eyes – that are fringed with long, dark lashes – that’s contradictory to her usual spirited expression.
Then, all of a sudden, she jumps off the stool. “Let’s dance.”
Confused by her behavior, I follow her to the dance floor, curious to see what this vixen’s endgame is.
Just as Mary turns around, she glares at me when another girl ogles me.
I pull up my shoulders. “What—”
But Mary catches me off guard by winding her arms around my neck and pressing her breasts against my chest. When she looks up at me, her smile is a little crooked and bold, as if there’s a hidden passion inside the innocent girl she portrays, waiting to be touched, waiting to be fucked. This is the first time she’s put her hands on me, and my dick hardens in response.
My arms snake around her middle, and when she peeks over my shoulder, I smoothly rotate us in a semi-circle to find a blond guy scowling at me.
He starts to move toward us, but I cock my head, mouthing, “Fuck. Off.” And I glare right back at him.
Wait a minute. Isn’t that Keano? The man Mary’s dating? So she’s using me…
Smirking, I pull her flush against me as she spins us around again, most likely to watch him.
However, I distract her when I dip my head, my lips against the shell of her ear. “Trying to make Keano jealous, Mary?” 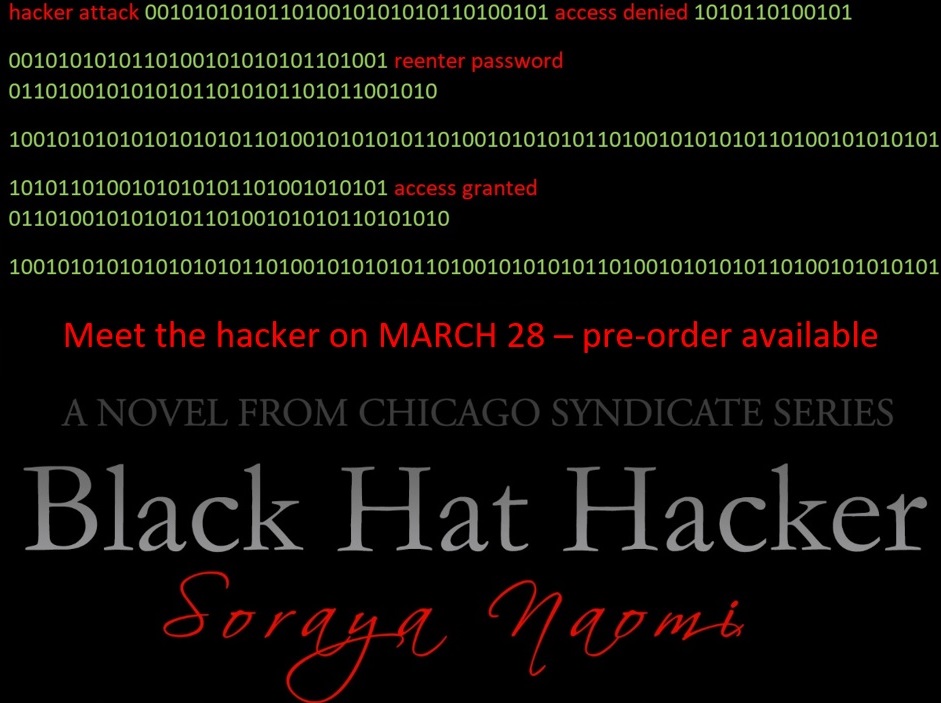 I read many genres but favor intense, seductive, and provocative novels where the male character loves fiercely, without remorse or boundaries. I also adore forbidden love tales and have an odd fascination with kidnapping romances. No, I don't secretly want to be kidnapped, though!
I have a passionate obsession with the written word and indulge in chocolate pastries much too often.
My debut novel For Fallon (Chicago Syndicate, #1) was released on July 26, 2014. I’m honored that For Fallon won “Best Breakout Novel 2014” in the Novel Grounds Semi Annual Literary Awards.
Sign up to Soraya’s newsletter to keep up to date with release dates: http://www.subscribepage.com/newslettersorayanaomi


For more information about the novels and author: