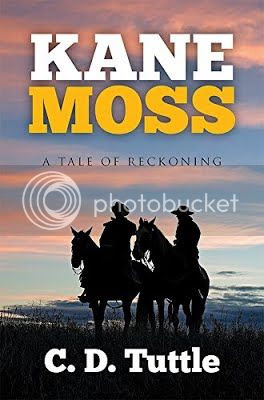 Kane Moss, a rather large, easygoing cowboy who would prefer to be left alone, finds himself leading a small posse on a bloody trail of reckoning.

Their remote Wyoming mountain village burned and pillaged by a murderous gang they are charged by their elders to find the gang and take their retribution. Little did they know that their pursuit would take them from their small mountain village to Ojinaga, Mexico. Kane Moss is no stranger to trouble. He has travelled a considerable part of the West riding shotgun on stages and participating in posses hunting for stage robbers. He has a strong code of honor learned from his upbringing and tries to do right. Sometimes naïve in trusting others he makes blunders, but always manages to come out on top. His determination is one to be reckoned with. Klatchard Bordiaz, leader of the murderous gang is a man full of hatred and contempt for anyone who has earned a decent life. He is intemperate and unrestrained having viciously killed his first man at the age of fourteen. He commands a large gang of murderers and thieves known as the Klatch Gang. On their way back to Ojinaga from a cattle drive to Montana they attack a small mountain village in the Medicine Bow Mountains of Wyoming Territory. Burning, raping and plundering the residents of this unsuspecting mountain village they stir up a hornet’s nest of angry mountain folks who are unforgiving when done wrong.

Among Kane’s posse is a young woman, Sarah Jane, who lost a brother and sister in the raid on their village. She is a determined woman and will be put down by no man. Nothing will stand in the way of her seeking revenge on the Klatch gang.

Sometimes humorous and rollicking, at other times deadly serious, their determination never fades. Through false leads, blunders and marauding Indians they manage to catch up to the raiders in the lawless village of Ojinaga. Here they find they are also up against the Mexican Rurales. The odds of success are overwhelmingly against them as Kane Moss and his small posse faces the intemperate and cold-blooded Klatchard Bordiaz, a much-feared vicious killer and gang leader. 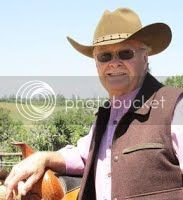 C. D. Tuttle was born and raised in Central Oklahoma. Through learning from his great grandmother, who was in the Oklahoma land rush of 1891, and the experiences of his father, he developed a passionate interest in the old West. He spent his formative years on a farm in Lincoln County, Oklahoma. Well educated in the sciences, he spent his professional life as a geologist, zoologist and naturalist. Throughout his travels to wild places around the world, he never lost touch with his Western upbringing. He has resided on the western slope of Colorado for the past 20 years.

Email ThisBlogThis!Share to TwitterShare to FacebookShare to Pinterest
Labels: western